Mod
I'm thinking this thread could be for when people have an idea that they would like a story for, but either don't have the time to write it out, or they just want someone else to write it. Then maybe someone who needed ideas for what to write would write a story for the prompt and post it back onto this thread with the prompt on top. Multiple people can write the same prompt, though don't steal other people's work without their express permission. Not all prompts will be written about because not all will interest people.

Mod
Hmmm... I actually might write this up sometime, but I have no time with college stuffs and homework and everything happening at once.

Character is walking through the woods in late fall, accidentally falls in stream, twists ankle. Doesn't have cellphone or anything (maybe it broke, maybe they never had one), just a backpack with things they have packed for the day's hike. Tries to get out of the woods, pain is too much or something, weather turns really cold. Character is still wet, starts getting hypothermia, finds someone else camping... The rest is up to you!

Mod
Another thought bubble that came to me...

Character is shopping at a small store, sees ex or something, hides behind/under other character's counter. Character apologizes profusely after the ex is gone and asks to buy other character a meal to make up for it... The rest is up to you!

I knew the sun would fall, for it to be night, but not literally fall, into the sea.

Rest is up to you!

Mod
I knew the sun would fall, for it to be night, but not literally fall into the sea.

The sunset was beautiful as always. The sky was a deep red, as though it was on fire. This sunset was not like the others I had seen since I came to this mountain almost a week ago. As I watched, the blazing circle that I have always known to be the sun suddenly crashed down into the water, extinguishing almost immediately and sending up a great cloud of steam. The tsunami it created quickly rushed in to the shore. I watched, helpless, from atop the mountain as my village was torn into by the giant wall of water. It was too dark without the sun and I was too far away to see or hear anything, but I could see everything in my mind's eye, see all the people running for safety that would be just too far out of reach. I could imagine their screams as they were dragged under the water, and become too disoriented to surface for air. I squeezed my eyes shut, but I could not block out the visions that I myself had created. Just then, I heard a noise, so soft or far away that I could have imagined it. But no, there it was again. A murmur of sorts was carried by the wind to my ears. I strained my eyes in the direction or the wind, but in the murky darkness with only starlight to guide me, I could make out nothing more than five feet in front of me. I started to wander in that direction, hoping beyond hope that a miracle would greet me. I walked for what seemed like hours, but was in reality only a few minutes, before I stumbled upon people. My people. They had talked with the seer the day I had come out to the mountains and the seer knew what would happen and warned them all. They immediately relocated to escape the oncoming death and destruction, but had no way of telling me. I didn't even care. I quickly ran to my family and we spent many minutes just hugging, glad to be alive. I had thought I had lost them, but I gained a new respect for life as I had never had before. I was fully content, though I knew that there were many problems that needed to be overcome, such as where we would get food, but I didn't care at the moment. My family was alive, and I was content.

Sorry if this wasn't what you were looking for. I just saw the prompt and this is what came to mind. I got the beginning out pretty quick, but I had no idea where I was going with it, so it got a little bit weird...

BTW, this is me avoiding my work. I still have at least five more supplemental essays to finish by the 15th and I need to get back to that but this is more fun.

(DON'T FOLLOW MY EXAMPLE I AM A HORRIBLE ROLE MODEL. GO FIND SOMEONE WHO ACTUALLY DOES THEIR WORK WHEN THEY SAY THEY ARE DOING IT AND MAKE SURE THAT THEY ARE NOT JUST GOING ONTO SOME WEBSITE AND TYPING AWAY THERE INSTEAD OF WRITING ESSAYS.) 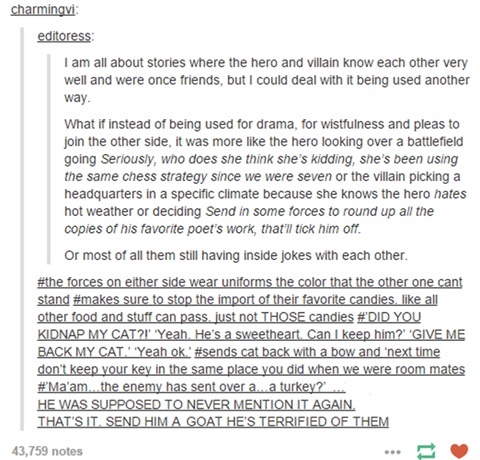 I want to write this someday.... when I have time (which will be never unfortunately.)

She sat alone, everything new: new bed, new room, new house. She had to keep going, running, never knowing when she will stop. This particular girl is very interesting, and confusing. She think she knows herself, but deep inside she is waiting for something...someone to come and help her find her deep in the world that nobody can seem to get her out of. So she sits and waits for that one someone to come, and hoping this will be her last stop.

(( I was also thinking of a startling beginning))
I ran, panting each new burst of of fresh air cutting through my throat and lungs. It is still too cold, but I can't exactly go back now can I?
"Where are you?!" a dark taunting voice rang through the streets. He is close, I can feel it, I thought.
I dashed, trying to cut through alleys, my heart thumping twice as fast as the pattern of my boots thudding on the pavement. Didn't help that I had heavy combat boots on, then i again I wasn't planning on running away today, especially not from him. What a strange roll fate has upon me, I'm guessing by now that she doesn't particularly like me.
I grinned as I dashed between a large glass building that reflected the stars, making the building look like it was harboring the stars inside. It's good to know that I still have my humor and creativity. Why did Anacha think she had a chance against him? I really hated when my sister tried to play hero.
My foot got caught on a root as I entered into the entrance of the Dragneel Forest. I spread my hands to brace my self but i guess I flew into the air more higher than I expected, because when my hand made an impact with the ground, I didn't do my usual graceful landing, no this time I heard a pop. And ten seconds after that shocking sound came a tear splitting pain on my wrist. Well so this is how it feels like?
"So nice of you to stop and wait for me" I heard his voice behind me, dark and haunting as always , I slowly lifted my face.....((all I have for right now, still planing))