I'm looking for feedback on my cover. Any thoughts are appreciated! 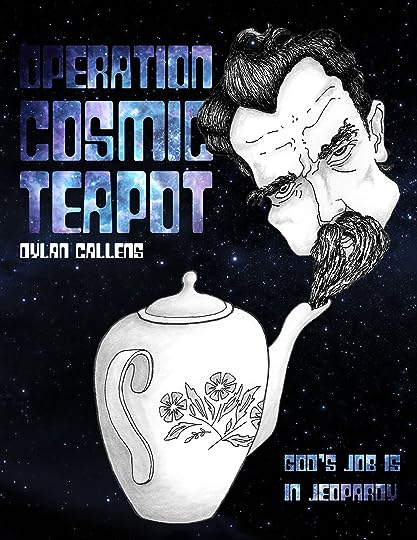 I've read your blurb so I know at least the premise of your novel. As average buyer will first notice the shiny cool cover, then title and author, before deciding to read short description, not to mention eventual purchasing, I find your cover interesting in two points.
First, Freudian genie from the bottle is comic enough to rattle imagination.
Second, black&white contrast makes it stand out without diverting readers attention somwhere else.
Saying that, I found the tea pot somewhat too ordinary. You might give it a more tradittional look and, maybe, just a bit of that "cosmic" touch so it may represent the universe (if that was your intention).
Also, that line "God's job is in jeopardy", standing like that alone, sounds quite unfinished. Maybe adding something to it...
Otherwise, I like the general idea!
Just my humble opinion, I'm not professional artist nor editor.

Thanks for the feedback. I think the same way about the line "God's job is in jeopardy"... I was going to go with just "God's job in jeopardy" instead... but maybe nothing at all? I feel something is needed in that negative space.

Just not sure what to put there yet.

How about: "God's Job In Jeopardy?" (question mark after). I agree with Frederick about the teapot. I'd make it more ancient, as if a genie resides inside. I'd also try to brighten the title a little more to make it stand out. You might also try a more readable font for your name. Otherwise, I think it's fine.

God's work was done. Though, they had other plans.

Well, it needs workout but something in that direction.

I'm currently a college junior majoring in design and I've learned a lot about typography from the type course I am in currently. I really would avoid using a novelty font for all the text on the cover, I think just for the title it is fine, but the rest of the subordinate text can just be a in a simple sans serif. The catch phrase for the book is a bit tucked away as well. Have you tried using a black and white color scheme, or maybe using an overlay effect on the illustration to make it blend with the starry background?

Thank you for the suggestions! I think that the teapot is the teapot... I'm not sure that I could get the artist to redo it... and I'm quite fond of it. hahaha

The text suggestions I totally agree with. Now, what to do about the tagline in the bottom corner. And thank Hampton, I see what you mean about it being too tucked away.

Was just going to say that the text needs to be clearer and not such a fancy font. I'm guessing the first word in the title is 'operation' but can't actually see the beginning.

I like this cover. I agree the word 'operation' is hard to see (maybe a little brighter) and the word 'jeopardy' also blends at the end a bit much. Maybe just have the words be a tad brighter to stand out more as it will be hard to make out on little thumbnail views but I like the design!

Mod
I expect to see Alex Trebek on the cover, just to the left of the word "Jeopardy". Cute that you used that font.

Dylan, lots of good feedback here on your cover, which is creative, but as Ceanmohrlass points out, compressed to a thumbnail, as most books are on digital screens, your font may be unreadable.

Did you intend the face coming out to resemble Freud (without infringing copyright)? 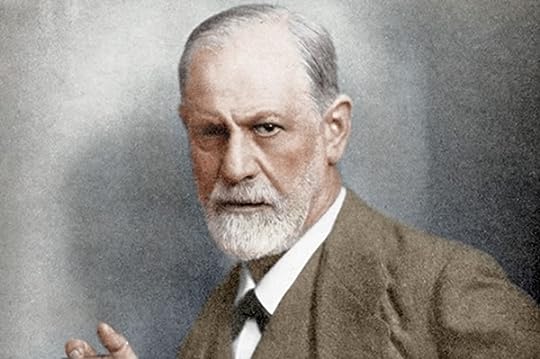 Or is that Groucho Marx? 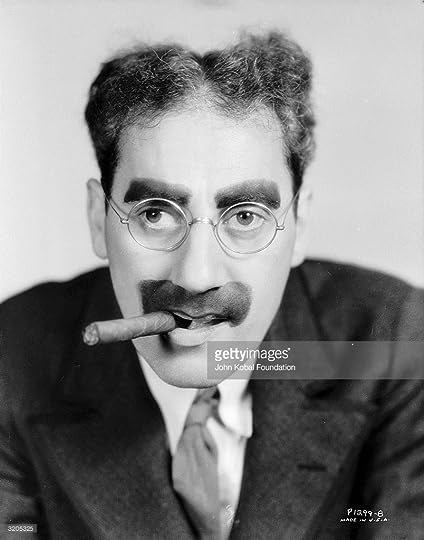 A few good blogs on Cover Design are here: http://www.thebookdesigner.com/catego...

Cheers on getting to publication!

Dwayne wrote: "I expect to see Alex Trebek on the cover, just to the left of the word "Jeopardy". Cute that you used that font."

Hahaha... It is similar to the Jeopardy font, isn't it? I didn't notice that until you pointed it out.

Rian wrote: "Dylan, lots of good feedback here on your cover, which is creative, but as Ceanmohrlass points out, compressed to a thumbnail, as most books are on digital screens, your font may be unreadable."

It's funny because Freud is actually in the book... but it's Nietzsche. Compare with: 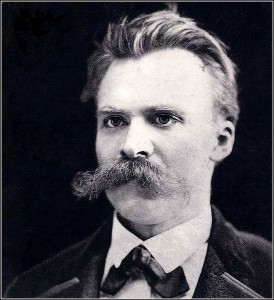 Ah, the mustachiosopher...was fooled by the goatee look in the cover image.

I like it. The smaller print fades out, but the black and white contrast is great and the sparkle in the blue is nice. I took the face to be a focused, and at the same time, sort of generic intellectual. Without knowing anything about it, it says satire (to me), so not really my cuppa but I do like the cover.

I do like the teapot, it's an old-fashioned teapot but what comes out makes it curious as to what is brewing.

PS, Shrinking it (minus, minus) on my screen, the smaller print did not bother me . It's that nebulae/galactic type blue and everything else that gets my attention.

ML Roberts wrote: "I like it. The smaller print fades out, but the black and white contrast are great and the sparkle in the blue is nice. I took the face to be a focused, and at the same time, sort of generic intell..."

Oh good, the face has the right look then, if you don't know who it is. And, yes it is a bit satirical. So, if that comes out in the cover, that's good news! :)

I've designed a few book covers and I try to use a san serif fonts, they translates well. Fancy fonts distract sometimes. I use Gil Sans or Franklin Gothic.