I might have to go in a few minutes so I was going to post some ideas in case you have time to look at them.

Muse A (I think would be the girl) and Muse B is in high school and going into the first day of junior year. There is a new teacher who says that there is going to be a project going on throughout the year. Its not graded to affect the grade but to have them meet new people. She randomly chose pairs of students to get to know each other and become friends with each other. Of course, enemies from elementary school, Muse A and Muse B, are paired. They are not happy with it since they are so different. Muse A is a good girl and Muse B the bad boy. Soon though they start to have feelings for each other but delay letting each other know.

Princess x guard (who are witches): They have grown up together and over time, they have grown feelings for each other. But the princess doesn't realize that she loves him and he does. He doesn't think that he can tell her or act on it since he will get in trouble and thinks that he is below her. He is also very stubborn and strict. He doesn't want her hurt so he is very protection. Even though he likes her, he never gives into her or what she asks. Soon though he starts to get weaker and has to force himself to not give in to her charms.

Vampire x human (I'd like to be the guy vampire): Girl is taken by a guy after meeting for the first time. After he kidnaps her, he tells her that they are solemates. She wants to get away from him so he holds her in a seclusive manor away from everyone. She hides and keeps herself away from him. He is very arrogant and used to getting what he wants but is kind enough. Over time, he begins to care for her and tries to take care of her. The girl gradually starts to like him.
He is a loner vampire but he is used to being a leader. A little arrogant, has a temper, and deep down kind. He is very strict. When he finds that their soulmates, he is disappointed but knows that they have to be together. He tells her this and when she argues, he gets mad and takes her away. He stays away from her since she fears him but he gradually starts to care for her.

okay cool. So you wanted to be the girl right?

sorry I never got the notification. I hate them.

do you want to make characters?

Story: Finley has a mother, her father walked out on her. She has three brothers, all older; Mike, Kian, and Nathan. Nathan is in his second year of college, and the other two are twins, and are seniors. Finley just moved her from Michigan. She plays hockey and soccer. Her grades are usually good, and she isn't bad. 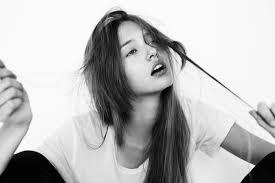 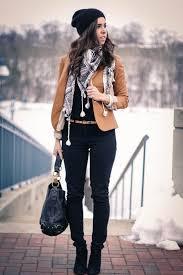 Story: Daemon is an only child and lives in a big house that is empty most of the time. His parents usually work all of the time and when they are home, they don't really talk to him about anything. Over time, Daemon has just avoided his parents since they don't seem to care. He doesn't usually care for school but he'll still go. 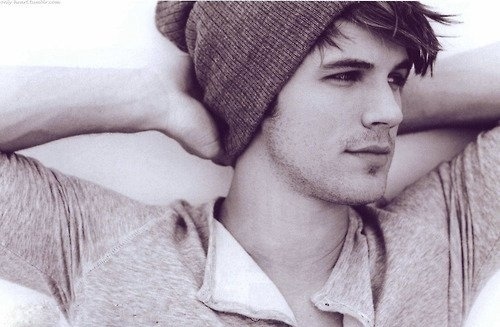 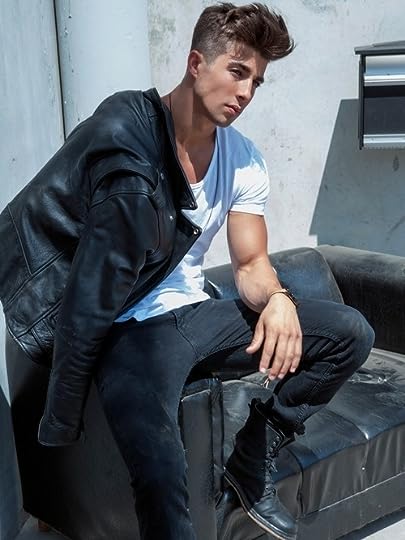 Daemon walked in the empty hallways of the school. Since it was in the middle of the second class in the morning, there were no students around. He peeked into the classrooms and he would see the occasional student look up from hearing his reverberating footsteps. They wouldn't meet his gaze which made him smile. A minute later though he got to his class and he walked in before slouching into his seat. The teacher that he didn't recognize paused and he read the words written on the board behind her. Get to Know Each Other he read.

Mod
Finley had gotten to class early, and she was not excited for the new project. She had this same class last year and she got paired with a boy who always picked his nose, and never showered. This year she just wanted anything but him.

Daemon sighed loudly having heard about these projects. He was not excited to get some kid who would actually try since he wasn't going to even bother getting to know them. Maybe I could just annoy them enough to get them to leave, he thought.

Mod
The teacher went on about the project, and Finley was not paying attention. she had began to pick at her fingernail polish, making it chip. She glances around the room, wondering who her partner would be.

Daemon was barely watching but then he looked up when he heard her announcing the pairs. He didn't really care who's his would be since he wouldn't be meeting them or anything. Right then he heard her announce announce, "Finley George and Daemon Blackwood." He quickly looked around the room until he saw her. He frowned a little before looking away. Nope, he was definitely not doing that.

Mod
Once the teacher stopped calling out names, she glanced around the room, trying to find Daemon. After unsuccessfully spotting him, she called his name, hoping someone's ears would perk up.

Daemon heard his name being called and he recognized that it was Finley. Sighing, he stood up to go to her desk like the other pairs were doing.

"Yeah. Don't you remember that we were best friends for many years?" he asked with probably too much attitude.

Daemon nodded. "Its not a surprise. I probably should have forgotten anyway. Its not like we are going to be friends again," he said.

Mod
She gave him a fake smile, thinking that he was going to be difficult to work with. "Right. Um, do you want to get started?" She asked.

Giving a short laugh. "Of course not. I'm not going to do this dumb project. What's the point?" he asked rhetorically.

Mod
"The point is getting good grades," She sighed and took out her notebook, know that this would just be her doing the project alone.

He snorted. "Like I care about that," he said, "I'm not going to do it so you are just going to have to make up stuff about when we hung out and stuff."

Mod
"Okay for one, I am not going to lie, and for two, you need to get your act together," She said and began writing things down in her notebook, "what's your favorite color?" She asked.

Daemon smiled a little. "Fine. Then I'll lie. I'm not doing this project and you, goody two shoes, aren't going to make me," he said ignoring her question.

Mod
She rolled her eyes, "get a life," she responded, writing blue down.

Daemon glared at her but didn't say anything. She could try to do the project but he wouldn't help.

Mod
"Come on, what's the good in doing this, nothing good comes out of it," She said,looking up at him.