Mod
Any time I read a book - I learn something even if I am not reading non fiction or history and just fiction. What did you learn today from your books and reading that surprised you or you would like to share?

It is interesting to hear the Socratic questions and technique for drilling down on a subject which actually backs the folks you are having the discussion and interaction with into a corner where all of sudden they understand the fallacies of their beliefs or in their statements. Very powerful persuader and debater.

Too bad we do not have this type of examination in Congress to get at the root of a problem or situation instead of a cursory and superficial understanding or pretending to be against something when they never even read the report or brief. It would be good to lead with understanding and conversation and debate about something examined and actually studied with those who are of the same belief system but also with those who challenge your beliefs in a polite and powerful interaction and examination of the facts.

What a different Congress and government we might have.

I have learned details about barometric pressure and how it's measured.

Mod
That is interesting Teri.

I am getting caught up with the Japan Challenge during this Readathon. I don't know much about Japan so I've been enjoying diving into some of its history and culture. What struck me in reading An Artist of the Floating World was that the main character was not eager to reflect on his role in a disastrous war. It's an all too familiar attitude today as well, around the world.

Yes, Bentley, I had the same thoughts as I was reading the novel. There was not much action, but much was said in words and symbolism about a complex topic. It was a great deep dive for me.

Mod
I find that the Japanese writers usually do that deep dive.

Learnt about the 19th century lifestyle, like the names of different kinds of carriages - palanquins, gigs, buggy.
And I found that my reading speed is 7 mins/page. I'll have to read faster, but there are so many words on a page!

Mod
Marietta from Malaysia - you are still here that is great but you have to post on Checkpoint Two, Three, Four, Five and Six and then Seven is where you check out. It is 7:29AM in Malaysia (August 23rd) so you should be on Checkpoint Six if you are still reading. And you missed 2, 3, 4, 5, and 6 for posting and of course 7 for Checkout.

Go to those threads and chart your progress that you did during each time period.

And then you have to Checkout on Checkpoint Seven. Do you understand? What help can I give you?

That book is a more difficult book so just do the best you can.

Anthony Doerr
I was able to finish this book at the start of the readathon. I am fascinated by the city of St. Malo (the walled city) in France. Tried to post an image but it's just not working :(

Gordon S. Wood
and was surprised that the word "disinterested" had such a different meaning back then.

Bentley wrote: "Marietta from Malaysia - you are still here that is great but you have to post on Checkpoint Two, Three, Four, Five and Six and then Seven is where you check out. It is 7:29AM in Malaysia (August ..."

I checked in at checkpoint 3 and 6. I'll do the checkout soon.

Learnt about the 19th century lifestyle, like the names of different kinds of ..."

You have learned how you are at this point in time and with practice you will improve and become so much faster. You are reading and that is what is most important.

Let me look for an image of St. Malo and I will post it here. 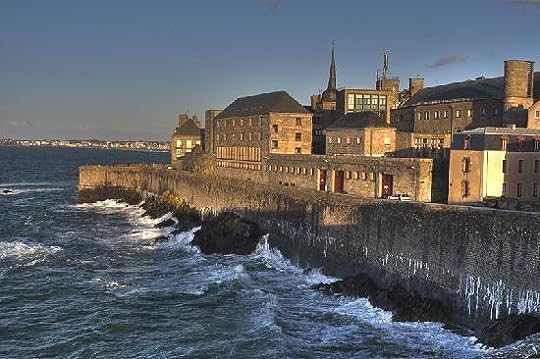 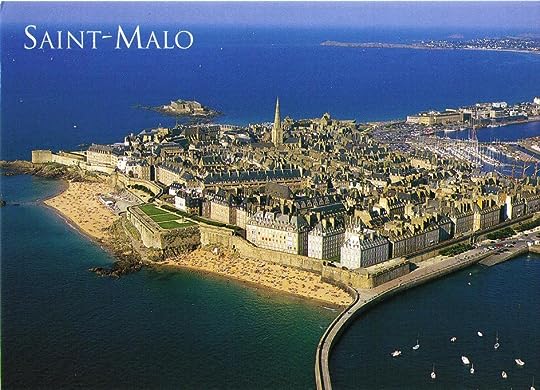 Mod
You are welcome - you can practice yourself but going to the section in the right hand corner above the comment box called (some html is ok) and if will show you the code that is used and how to plug in the url.

One of the books I read today was about Burundi. I learned that Burundi's ethnic civil war was very similar to Rwanda's.

Mod
That is interesting - why the similarities?