This is one that we have done before but is very interesting. Post an image, painting, sculpture, picture, photograph, drawing, etc - (you get the point) which visually represents your book, anybody featured in the book, location of the book, anything at all that would be interesting. There are many great works which depict biographical and autobiographical images of famous personages, places, events, etc. 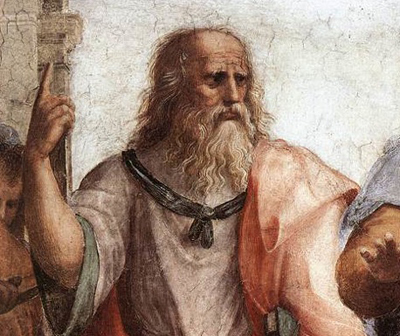 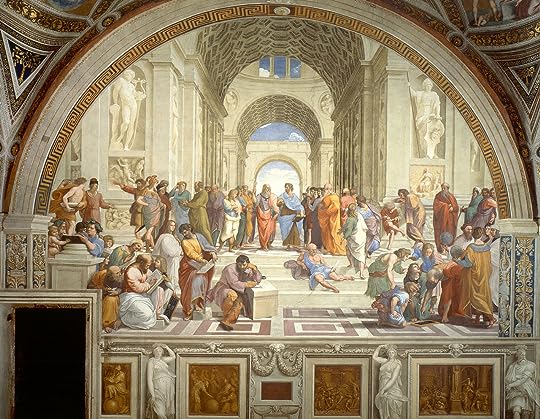 I have used this as the masthead and avatar for the group - I change these very frequently.

The painting is called The School of Athens by the famous Italian Renaissance artist Raphael and decorates the Apostolic Palace in the Vatican and it one of the iconic representations of Philosophy there are. Plato is supposed to be in the center with his student Aristotle to his left. Plato holds Timaeus, Aristotle his Nicomachean Ethics

The School of Athens, or Scuola di Atene in Italian, is one of the most famous frescoes by the Italian Renaissance artist Raphael. It was painted between 1509 and 1511 as a part of Raphael's commission to decorate the rooms now known as the Stanze di Raffaello, in the Apostolic Palace in the Vatican. The Stanza della Segnatura was the first of the rooms to be decorated, and The School of Athens, representing Philosophy, was probably the second painting to be finished there, after La Disputa (Theology) on the opposite wall, and the Parnassus (Literature). The picture has long been seen as "Raphael's masterpiece and the perfect embodiment of the classical spirit of the Renaissance.

I am reading The Republic by Plato. 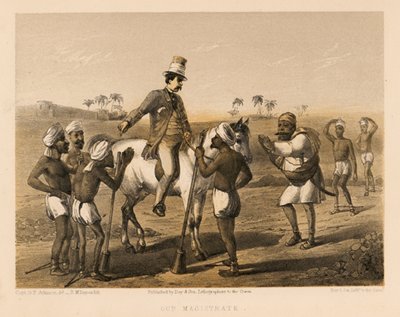 Reading Shadow of the moon by M.M. Kaye

Mod
What a wonderful lithograph Samanta.

I think it shows the spirit of the period with great accuracy.

Mod
Samanta wrote: "I think it shows the spirit of the period with great accuracy." I'm afraid it does.

My second readathon book, For the Thrill of It, about the Leopold and Loeb kidnapping & murder, was a partial inspiration for Hitchcock's 1948 movie, Rope. 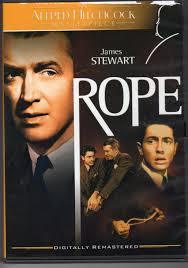 Rope also has the cinematic distinctions of taking place in real time and of having been edited to appear to be one looooong shot.

, by Simon Baatz (no photo)

Mod
That is very interesting Doris - thank you - I did not know that.

Mod
Here's a picture of Foucault's Pendulum in the Pantheon in Paris. 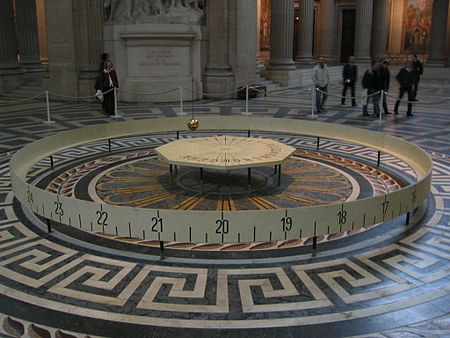 This Wikipedia entry has more diagrams and formulas.
https://en.wikipedia.org/wiki/Foucaul...

Mod
That is stupendous. Thanks Vicki 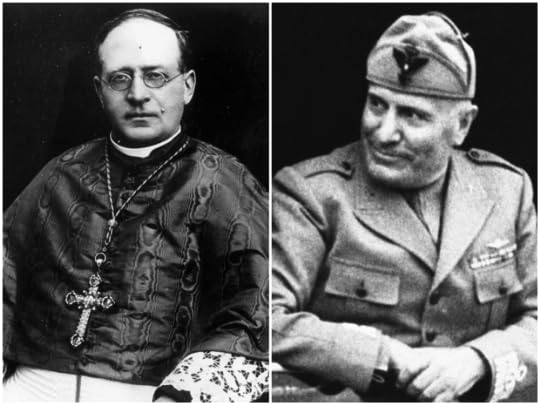 A very curious "partnership" between these two.
I am reading:

byDavid I. Kertzer (no photo)

Mod
Gee Mussolini looks more friendly and that is not saying much. The pope looks very very serious.

I think that book is going to be a fascinating book. I wonder if it is a balanced portrayal and how the parties feel about this rendition. Catholic Church, Italy, the Italian people, historians, World I and World War II buffs?