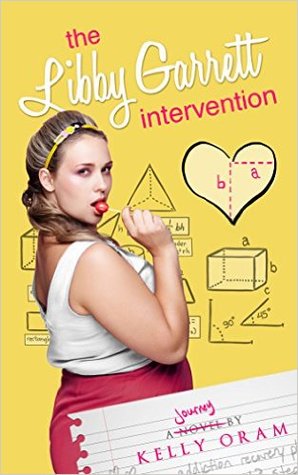 Libby Garrett is addicted to Owen Jackson's hot lovin'. But the sexy, popular college basketball player doesn't appreciate all of Libby's awesomeness. He refuses to be exclusive or even admit to people that they're dating. The relationship is ruining Libby and she's the only one who can't see it.

When Libby's behavior spirals completely out of control, her best friend Avery Shaw and the rest of the Science Squad stage an intervention hoping to cure Libby of her harmful Owen addiction. They put her through her very own Twelve Step program—Owen's Anonymous—and recruit the help of a sexy, broody, hard as nails coffee man to be her official sponsor.

Adam Koepp has watched Libby Garrett for years. How could he not notice the sassy girl with the purple skateboard and helmet plastered with cat stickers? But in all the years he's crushed on her, Libby has failed to take notice of him. Why would she when he was just a nobody high school drop out who served her apple cider several times a week? Especially when she was hooking up with a guy like Owen Jackson—a guy with a college scholarship and more abs than Kyle Hamilton.

Adam finally gets the chance to meet Libby when his co-worker Avery Shaw recruits him to take Libby on the journey of a lifetime. With his ability to play Bad Cop and his experience with the Twelve Step program he's the perfect candidate to be Libby's sponsor. But will he be able to keep his personal feelings out of the matter and really help her the way she needs? And will Libby hate him when he forces her to take an honest look at herself?

This follow-up companion novel to The Avery Shaw Experiment can be read as a stand alone. (But where's the fun in that?)

This one is so freaking good! I adored Libby and Adam!

Mod
I can't wait!!! I want to read this now LOL

Mod
I can't wait!!! I want to read this now LOL

Jennifer wrote: "I can't wait!!! I want to read this now LOL"

It's seems like really grown up for a YA type of novel. Although, most of KO's books seem more mature than other YA novels I've read, and I adore that!!

Just finished it. 5 stars, another home-run for Kelly. And Adam is my first, real bookcrush. So much swoon.

Bieke {Istyria book blog} wrote: "Just finished it. 5 stars, another home-run for Kelly. And Adam is my first, real bookcrush. So much swoon."

He was pretty cool. I think I like Garrett better than Adam though! But I still adored this book!

Mod
I just got my ARC and let me tell you, you guys won't be disappointed!

It's live people! Go check it out asap.

The Libby Garrett Intervention (other topics)