Hi all. Is the Way of Kings ever going to get good? I am listening to it on CD and am currently on CD 25 of 34. This book has a 4.61 rating on Goodreads but so far to me it's just okay. I would rate it a 2 so far. I feel like there are just hundreds of pages where nothing really happens. Is this book just all about character development and not about story?

I am posting because I am finding that I don't want to listen any more when I am in my car. If I don't like so far is it worth finishing?

Well.....I read the book, and loved it. But everyone has their own tastes.

I read it as well and loved it. I am picky about audiobook readers, and I listened to the sample and didn't care for it. But if you're not enjoying it, then you should read something else. Life's too short to suffer through books one isn't enjoying.

We did a buddy read of it a while back, the thread for that should give you some idea of what people thought:

If it's any consolation, you gave it more of a shot than I ever have it. Doesn't really interest me at all, though I have a feeling I'll be forced to read it someday.

Thanks all. Please don't read below if you haven't read the book as I will mention spoilers.

I did go read a lot of the buddy read. Some people said some negative things but got past them. I guess for me they are hindering me too much. Long gaps (hundreds of pages) between characters making appearances and I really just don't like the whole spren thing. The non-use of the safe hand makes no sense either. Why would a culture completely take away the use of a hand? Why can't men learn to read? It makes no sense that everything has to be read to them. If it were a female dominated culture it could make sense, but men have a lot of power in Sanderson's world. It's comical that the owner of a book store is a man who can't read the books he sells.

People seem to like Shallan but at this point, I really don't. She is not a good person and it seems like she is supposed to be one of heroines. I like Dalinar but haven't seen him for hundreds of pages. I like Kaladin but there are too many back story chapters.

I guess for me it just too many cons and not enough pros.

The second book in the series is Shallan's book, and all the flashback chapters are hers. If Sanderson chooses that same structure in the 3rd volume, of making one character the spine of the novel and allowing only that character flashbacks for that volume, we can expect him to continue for the rest of the series. So if you dislike flashbacks generally, you might want to bail now.

I found that Shallan's developments in the second novel made her much more sympathetic, even as she got thrown into more obviously morally ambiguous situations. The world she lives in is full of deception, corruption, intrique, and danger, and I think the function she fills is to be the best person her world has for cleaning up certain kinds of horror -- kinds that a person with cleaner hands and a more delicate sensibility would be powerless to stop.

In that, she's structurally similar to GRRM's Tyrion Lannister, though her hands are far, far cleaner than his so far. And her backstory made her much more sympathetic, I thought.

The long absences of characters for chapters at a stretch is not going to get better.

The spren thing gets weirder, and the people of Roshar turn out to have a lot of mistaken ideas about them. They seem to have lost a lot of spren lore that Shallan and Jasnah find, bit by bit, in their studies.

Anyhow, let us know what you conclude!

I had a really hard time getting through this book. It's honestly just too long. Not enough happens to excuse the length of the book. That said, the last fourth of the book is probably the best part

Understandable. Last part of the book is definitely the most satisfying. Sanderson does get a little carried away world building at times. Honestly I often read ahead on certain characters and skipped the interludes till the end as I really wanted to know what happened with specific characters. I found that made the book move a lot more quickly and more exciting.

I also didn't enjoy this book the first time I picked it up. Had to back another time and then loved it. Bit of a Sanderson fanatic these days though.

I enjoyed this book in the audio format. I thought the narrator was fantastic and I rate this book as one of my favorites of all time.

I can definitely see where some people would be turned off by the slow build. This style of writing is not for everyone. However, some of my favorite authors weave the patterns of their story in this way, and I always feel like the payoff is worth it. For record, I am thinking of Ken Follett, Guy Gavriel Kay, at times Neil Gaiman, and of course, Brandon Sanderson.

Sarah wrote: "Anyhow, let us know what you conclude!
"

Thanks Sarah for all the information. After getting through 25 disks I did decide to push through and finish. I am glad I did. The best part of the book was the last few disks.

Based on all the positive comments, I can see why people like the book but overall it just isn't for me. I checked the sequel out from the library to listen to during my commute. When the 3 weeks were up I had only made it through 1 disk, so I returned it. I just couldn't will myself to keep going.

Just finished reading it for the first time, and I must say, I thoroughly enjoyed it. Sanderson is awesome. While I do understand some people's issues with it (at times there were scenes or flashbacks that I felt I could have done without), I believe the end product is worth any aggravation. Each scene added to the story as a whole, building on one another. I wouldn't leave anything out.

I am in Camp "Really Liked Way of Kings"; I appreciated the slow build and found that there were a lot of interesting hints to keep my interest. I'm a little worried I'll have trouble remembering everything by the time Oathbreaker comes out.

I loved it, but it is quite long as it sets a lot of the world building for the series and not much really happens.

When does Oathbreaker come out? And so far it's just this and WoR in the series, right?

Per Sanderson's website, he is 58% complete with the first draft. So there is still a ways to go.

Given TWOK came out in 2010 and WOR came out in 2014 and he's only 58% done with the first draft it's looking like another four year split and this won't be out until 18 not 17. At that rate when book ten is finished circa 46 I might not be here for it's conclusion. 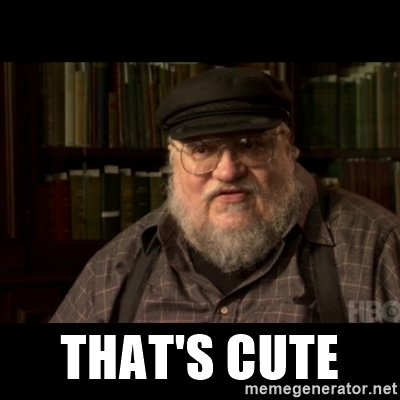 "I’m still plugging away at this. Stormlight books are LONG and very involved. I’m almost done with Part Two of the book. Stormlight books have five sections, though the last one is usually very short, so the end of Part Two puts me at halfway. (Though my percentage bar is closer to 60%, as the first two parts were pretty long. Three and four should be shorter.) I’m hoping to finish sometime later this year, with a 2017 release. You can watch the progress bar on my website for more details!"

Better than Martin and Rothfuss at least! I greatly appreciate Sanderson's transparency with what he is working on. He's free and open on project updates, and it gives me faith that I'll see the next book. Who knows what those other two are planning...

Dawn wrote: "Better than Martin and Rothfuss at least! I greatly appreciate Sanderson's transparency with what he is working on. He's free and open on project updates, and it gives me faith that I'll see the ne..."

I agree. If a Sanderson release is pushed back, he generally provides a lot more information as to why he's behind and when it will be released.

Yes, compared to the information that GRRM shares as to why he's behind: (view spoiler)[ 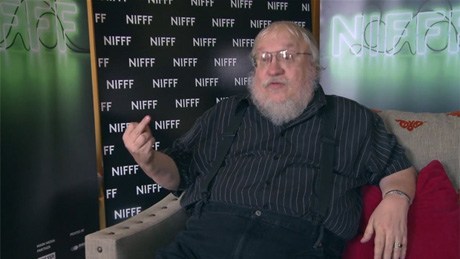 No doubt he's forthcoming and I'd rather have the awesomeness that is WOK and WOR come again in Oathbreaker but I still wish he would double up at some point and put out a few from this series in a row.

I have a feeling he will, now that he's done with the second Mistborn trilogy, which was his other major endeavor. That's just a hunch, but I wouldn't be surprised to see some two year gaps coming soon.

There's a 4th book still to come in era two of mistborn and then I believe he still plans a 3rd modern era trilogy for that series.