Mod
You may post your private training session here. Make sure it's good, because this will affect your character's sponsor points and give me a good idea on who i'm gonna make a mod

The room light up as Katri entered the training hall, a prideful pace with every step. Then, she produced a hefty smile, almost as if she'd been asked on a date. Though, it was all a meral act. All she wanted was to win and destroy any opponent there was in the arena. And, the Gamemakers knew. Though, they didn't show any surprise. After being told what to do, Katri grabbed two bladed batons and prepared to fight a trainer. 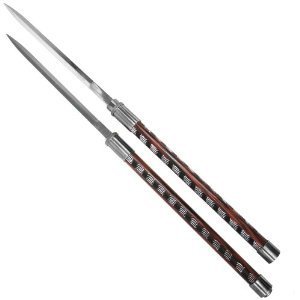 The fight started as Katri attacked the trainer, attempting to jab then slice. Though, the trainer jumped back and ducked. It made her growl with anger, and, pull an inthrust. jabbing both forward and slicing in opposite directions. Though, it only made the cotton on the Trainer's vest spill all over the training mat. It made Katri swear, then, swing around and kick him in the face. The trainer stumbled, clutching his nose. But, Katri didn't give a damn if she gave him a bloody nose, just a good, swift ass-kicking. As the trainer finally straightened, he gain his composure, then, charged. With the swift movement of her hand, she grabs the face guard of the man, squeezed it, which, made him shriek, then, slam him face first into the ground. But before she could slam the baton on his back, the trainer tapped out. With the boring sigh, she got up and went to the next station.

Archie inhaled deeply as he entered the now empty training centre, his head held high and his shoulders held back, just as his escort had instructed. Walking to the centre of the room and bowed low and said his name and district.
"Archie Morrell, District Seven," his voice echoed throughout the room, earning the attention of the few Gamemakers who had already become bored after seeing the twelve other tributes before him.
Taking their silence as a go ahead, he strode briskly over to the axes, grabbing one with each hand, and continuing to the training dummy's.
After taking another deep breath, he began to combat the inanimate objects, slashing and hacking at them with the occasional kick. All his offensive moves were done with great force and strength, though something in the back of Archie's mind was telling him it wasn't good enough.
His eyes darted to the Gamemakers, some seemed impressed although others clearly needed more proof of his strength. His eyes then wandered around the room before settling on the knife throwing station at the opposite end; more specifically, where the targets were.
Archie bit his lip as he took a short run before spinning on his heel and throwing both axes, one after another, towards the targets still at least 20 metres away from where he now stood. The first axe sunk dead into the centre with a loud solid thud, the second followed but missed by a couple of inches and stuck into the rim of the yellow circle that highlighted the centre of the target.
'They look happier', he thought with a small satisfied grin, there must be more I can do...'. With a small barely visible shrug he continued his strong walk of pride over to the weights and instinctively picked up the largest one there. These weren't like the logs in Seven, this was a heavy metal ball with a small handle. It must have weighed close to 90 lbs or even more, but Archie showed no sign of a struggle, despite the strain he had and the sweat that was beginning to appear as little beads across his forehead and arms.
He swiftly picked up the weight, span around three times before letting it soar in the same direction the axes had done previously - although the distance was not as far, the weight alone was hopefully enough to impress the Gamemakers. Sure enough, when a loud metallic clang echoed across the room Archie saw a few nods out of the corner of his eye and finally felt pleased with himself. He bowed again, suppressing his smug smile, and left the training centre now with the worry of his score constantly on his mind.

reply | flag *
message 4: by [deleted user] (new)
Feb 21, 2014 04:04AM
Dylan with a bored expression walked in and gave a look at the Gamemakers. She gave a mocking smile. " You should know who I am but if your just that stupid and retarted, my name is Dylan Douglas.

He then went to the edible plants section, took all the plants and started arranging them based on if they were edible or not. He only misplaced a few but as he was looking the piles over, he realized his mistake and then fixed it.

He walked over to the self-defense are and showed the trainers some of his judo skills. This involved butt kicking and many trainers sent to the hospital. He was about to do one more thing when the gamemakers announced his time was up. He left the room with a stride.

Charlotte was ready. Or at least she thought she was. She walked into the room, ready to be evaluated. In truth, she was pretty confidant, but she had no idea what to do. She eyed the room carefully while she introduced herself.
"Charlotte Grace, District Six." She said simply with a slightly mocking bow. She immediately walked over to the knives and ran her hands along the hilts. With a wicked smile, eyeing the many indents on the walls, picked up three knives. As she was walking away, she threw one over her head. With the awed gasps from the Gamemakers, she knew had had to have hit around, if not on, the bulls eye. She held the other two knives carefully in her hands and began to scale the wall. She made it up to the ceiling and reached up to hook her legs on the pipes lining the ceiling. She took a few seconds to orientate herself before angling and throwing her knife. She hit right outside the bulls eye. She then put the last knife carefully in her mouth and swung herself forward to the other side of the room. She then proceeded to climb down and, when she was low enough so that she wouldn't hurt or break anything, she flipped back onto the ground. She then sprinted across the room, quickly turned around and threw the last knife. It stuck fast in the bulls eye. With a smile, she faced the Gamemakers again. She gave a last bow and walked off, Confidant she did well.

He took the bows and arrows, all three of them, and shot them high in the air. He closed his eyes and caught all the arrows with one hand, piled on top of each other. He then discarded all of the arrows, by throwing them in the Game-makers way. Right at their faces. He heard a gasp and something that sounded like a strangled scream.

He moved on to the daggers and axes, in a few quick moves, Ben had decapitated all of the dummies. He threw the weapons to the ground with a loud clatter and kicked them away from the blade using his shoe. His foot felt perfectly normal.

He saw some rungs on the wall, which was the next section to try to get a 12 for his score. All of the rungs were at least 1 foot and a half apart. He leapt for them one by one easily, once or twice almost slipped from the top, but managed to keep his grasp. He didn't bother climbing back down, so he jumped from the top, and caught a rung half way down, paused there, then jumped landing the floor on two feet gracefully.

Ben moved on soundlessly, remembering everything his mother had taught him about edible plants. He took only a few moments to do the easy ones, but some of the plants were ones he had never seen anywhere. He hesitated on those, but some of the smells and color gave them away.

There. He was done. Finished. He walked out with only a small but devilish smile to the Game-Makers.

Alex walked in with feigned boredom, seeming not to care was her bet option at this point. "So basically, I don't like any of you" she smiled sweetly, gave the gamemakers a middle finger and curtsied politely.
Turning and walking slowly, hoping to take as much time as possible, she went over to the spears and picked one up. "Ah, wood" she brought the spear down on her knee and snapped it. "Lame" she tossed the broken spear onto the ground and continued on to the bow and arrows. "Eh, why not" she picked one up and loaded the bow, shooting an arrow about 2 feet in front of her before it dropped to the ground.

After a couple more moments of breaking or messing with the weapons she came across a chain like weapon with a sickle on the end. "Perfect" she mused and picked it up quickly getting a feel for it. Holographic dummies appeared around her and she started hacking at them with the sickle like whip. In a couple of seconds the holographic dummies were dead and she tossed the weapon down.

"Well... i'm gonna go now. And if you didn't like me... well, let's just say the feelings mutual" she smiled harshly before turning on her heel and walking out, not bothering to say or do anything more. The Hunger Games was a child's game to Alex... and she didn't play games.