Inspired my the ol' mother in law to actually do the final edit and release the darn thing a year after writing it, I released a 30k novella a little under six weeks ago. Now my wife has finally convinced me that I should perhaps tell people about it too.

I've written a little short story about a father and daughter that find themselves all alone in a potentially dangerous post apocalyptic Britain. Inspiration came from McCarthy's The Road and Matheson's I Am Legend and the love and protection one feels once you have children of your own.

It's my first attempt at writing anything longer than a short story and I learned an awful lot from the process. I held off releasing a year ago as though I reached a nice point to conclude I wanted to write another 30k and release it 'complete' whateverthatmeans. So warning, it ends at a natural point but the plan is for more.

It was also an attempt at something stylistically bleak with the idea the reader would feel sporadic splashes of colour and warmth in a more intense way. I really don't know if it at all worked.

As is probably typical I'm both immensely proud I've released something but incredibly critical that I could probably have done a lot better. Enjoy and be kind! 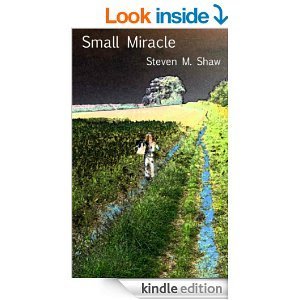 Well hello there!
I think it does work as you suggest. The little girl in the story comes over as real - a lovely character!

Good luck with it - and I look forward to more. :)