『●❇●❇●』 Her Surname 『●❇●❇●』 Falling
This interesting name has two possible origin, the first being that it is a variant of the English name "Fuller", from the Old English pre 7th Century "fullere", a name given to "a dresser of cloth". The second possible origin is Irish, from the Anglicized form of the Gaelic "O' Fallamhain", a descendant of Fallamhan, which was a byname meaning "leader", from "follamhnas, supremacy. Fuller is first recorded in 1219 (Assize Rolls, Yorkshire) as Roger Fulur, and Fallon, although a common name in Ireland, was not recorded there until 1585 (Dysart, Athlone, County Roscommon). The surname can be found as Fallon, O' Fallon, O' Fallo(w)ne, Fal(l)oon and Fallen, and can also be found as Hallon, from the Gaelic O' Fhallamhain. In Ireland the name is mainly found in Counties Galway and Roscommon. Among the sample recordings in London are the marriage of Peter Fallon and Magdalen Hebert on October 28th 1704 at St. Martin-in-the-Fields, Westminster and the christening of William, son of James and Elizabeth Fallon on June 2nd 1839 at St. Luke's, Chelsea. The first recorded spelling of the family name is shown to be that of Anne Fallen (christening), which was dated March 14th 1565, at St. Giles Cripplegate, London, during the reign of Queen Elizabeth 1, known as "Good Queen Bess", 1558 - 1603. Surnames became necessary when governments introduced personal taxation. In England this was known as Poll Tax. Throughout the centuries, surnames in every country have continued to "develop" often leading to astonishing variants of the original spelling.

||✦||Age||✦|| 16
Though is closer to 17 at this point in time. Her brother being a month younger than her, due to being special premature of the twins, in which she was the only one born early. And because of this gets to celebrate her birthday separate from her brother.

||✦||DOB||✦|| December 31st
Also known at New Years Eve, the last full day of the year at relatively 11:57 P.M. She was a very small infant and never grew to be much bigger. She stayed in the hospital for a little over 2 weeks due to some complications

||✦||POB||✦|| Paris, France
Paris, is the capital and most populous city of France. It is situated on the River Seine, in the north of the country, at the heart of the Île-de-France region. An important settlement for more than two millennia, by the late 12th century Paris had become a walled cathedral city that was one of Europe's foremost centres of learning and the arts and the largest city in the Western world until the turn of the 18th century. Paris was the focal point for many important political events throughout its history, including the French Revolution. Today it is one of the world's leading business and cultural centres, and its influence in politics, education, entertainment, media, science, fashion and the arts all contribute to its status as one of the world's major cities. The city has one of the largest GDPs in the world, €607 billion as of 2011, and as a result of its high concentration of national and international political, cultural and scientific institutions is one of the world's leading tourist destinations.


{ʀᴇʟᴀᴛɪᴏɴsʜɪᴘ sᴛᴀᴛᴜs} Single; "I don't need a man to rectify my existence. The most profound relationship we'll ever have is the one with ourselves." - Shirley MacLaine
-sᴇxᴜᴀʟɪᴛʏ- Heterosexual and not Homophobic
-ᴘᴀsᴛ ʀᴇʟᴀᴛɪᴏɴsʜɪᴘs- Heh Heh...Yea...It's a bit depressing (or empty)
-ᴄʀᴜsʜ- Hasn't exactly grown on anyone yet, well it's changed over time and right now she has none. 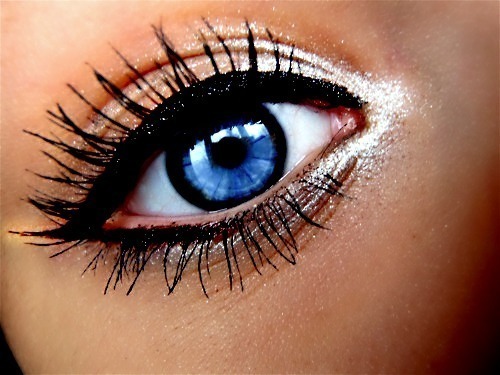 ❝Throughout life people will make you mad, disrespect you and treat you bad. It's just kind of my job to take it.❞

❝It's a terrible feeling to love someone and know they don't love you back. Especially if they pulled you along like a toy.❞

❝A surprise, even if it's a good one, stops your heart. Makes you rethink everything so quickly. Surprises like finding out everyone who harmed you forget you even exited as you're still haunted daily. But I suppose I should be happy for that?❞

❝I've moved so much that by now I understand that one person leaving doesn't leave much of a stain in your life. But when you leave hundreds, a giant group that's changed your life. Well. You remember them forever. And looking back I can hope they remembered me, that someone might mention me eventually. But everything knows that first goes the voice, second the face or name, and then slowly you never existed. So then why form relationships if it only ends in pain on one side?❞

❝If I speak to you, I'm almost expecting you to hang onto my every word. No matter how soft my voice is, how lame my comment is, how quick I talk. If you're going to beg me to talk, you better fucking treasure it.❞

❝I actually love to smile, and love to laugh. But you know, I'd look kind of funny laughing and smiling while looking at no one but my phone, or when I'm being shoved to the side. Perhaps that's why I don't?❞ 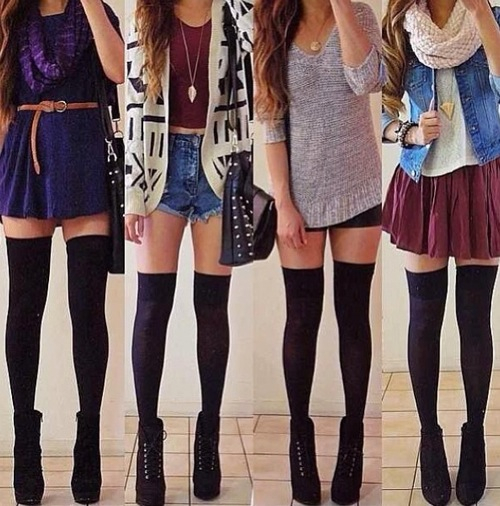 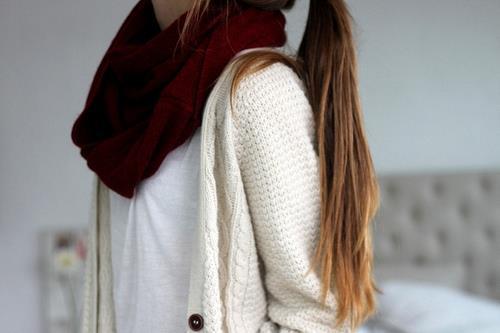 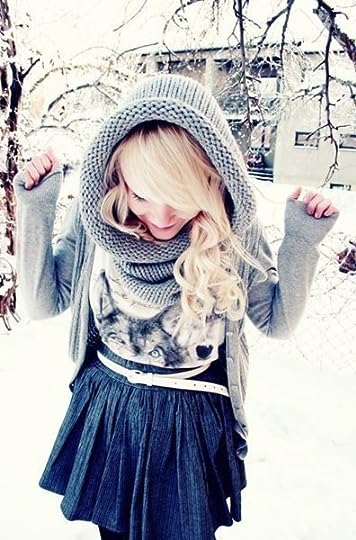 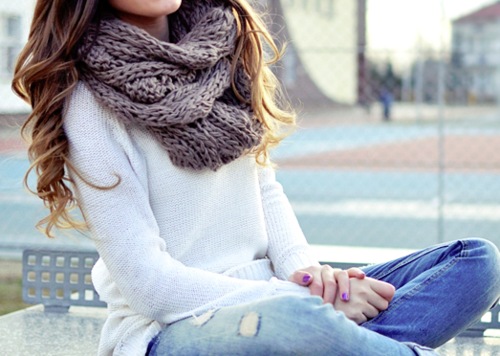 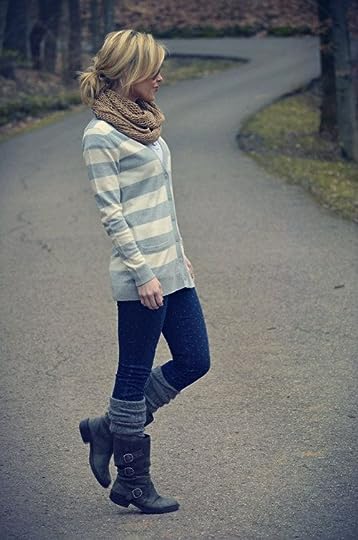 Lotta has always been a rather quite person, not for any particular reason she just never found a good reason to talk, choosing to believe it'd be better that way; she never actually found the right words to say to people instead messing up and making things go down hill. She's street smart in general, and abnormally smart in school. However she just isn't so good at living with people, she wants to break those little so called "stereotypes" or at least how everything works around her. She chose not to have a single day relationship in middle school, or one that lasted forever due to the fact they forget they even agreed to anything at all. She chose not to go into any of that mumbo jumbo. However her other option wasn't so grand. She was somehow just always attracted to people's bad energy. And she took it. Why? Because everybody has a hard life and they might as well take it out on someone who can handle it and shall just let you do it.

Now she's never been the most understanding person either; she'll often insult people with her closest friends. Falling jokes out as assholes and such. But those are the only people she's willing to talk to. She easily detaches herself from people and doesn't mind being alone. In fact, if anything, she kind of likes it. She's the only constant thing in her life she knows will never leave her- or that she will leave. And yet she likes to think of her biggiest fault as her memory; because of how big it is. She can't simply forget a single person who's walked into her life; which is sad since she knows the chances of them even recalling her are slim.

She's timid at first glance however if you bring her out of her shell; then she becomes a rather light hearted and loveable person. She's very competitive and has a hard time giving into people and things and tend to not stop until she's gone. If she's comfortable with a person she'll tease them and laugh a lot even at the lame jokes.

❝There were times when I fell...Yes...But it's not like I would let one blow stop me from getting back up for what I love, would you?❞

(hide spoiler)]
-ᴛʀᴀᴍᴀ- She's never had much that she'll call trama, she's broken her leg once but that's about it.
-ᴘᴇᴛ- Snow (view spoiler)[ 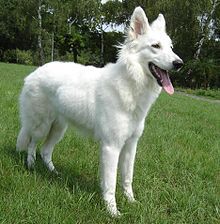 Lotta was born the last day of the year pretty close to 17 years ago in the large city of Paris. Her father was an English writer, and at that point had simply been trying to make something of himself while on his travels with his newly wedded wife, a trapezist for the circus. Weird yes. But oh well. Growing up London spent her time moving rather rapidly from one place to another, spending a single month or less at a school. Her brother was fairing a lot worse with this and had almost failed half his school years from it all. Until eventually her mother had to quit. Which was mostly due to the fact that you can only flip through the air so long before your back broke down. At this time her father had published his first book Conway's Daughter the first of his books. Which had caused them to move to Detroit.

Living there for almost two years at which she realized she was coser to a punching bag than a person, growing close relationships and then in the middle of her third year there. Being ripped away due to her fathers even newer book The Art of Running Away. The only thing that wasn't to complain about was the money, which she never wanted. While her brothers took full swing at the money she often found herself just wanting it all away, to settle down. She had everything she wanted easily, whether or not she asked, and if most people figured out who she was. Well. Things would change. However she didn't like that all too much either. The only good thing she had going for her at the time was snowboarding. Usually when things became too much she'd simply go out there to get away from it all.

Despite at first, "Getting Away from it All" was first mostly towards her family and such. Through the years and into Middle/High school, it became closer to the people she was with. Bullying. Which isn't so bad when you take it and leave with your head up high. Whether or not it was her accidental way of bumping into people, or just that she was small, she tended to attract people's worst. Which probably was due to the fact that she didn't fight back, nor looked so menacing. However she did find friends. And if she had to, she could make friends easily. Because it felt like she could understand them, but perhaps that's what made her different, that she felt the need to have to understand people her own age. However eventually even those relationships ended and as more books came out, she shyed away again from everyone. Up until moving to Junction, her dad writing his last book she'd have to follow him around for. Arriving in the town exactly one month ago.

{ᴏᴛʜᴇʀ}
[✯] She doesn't talk to random people much at all so took take offense to that
[✯] She won't reject someone's question regardless if she likes them, well if it's rhetorical she won't
[✯] She likes people rather quickly and falls almost as fast for people
[✯] She isn't super trusting but if she does in you, it's 100%
[✯] She loves the cold and is rather used to it, having a usually low body temperature causing her to better stand the cold.