Of course! But, we had so many good characters though. :(

I know. :( We could make them as first years though? Idk. If we get through more than one year, should we create another round of first years?

Also, I'm thinking there should be profiles made for the teachers, and they can be roleplayed by any moderator.

Yeah, starting with first years is a good idea. Although, if we reach year two, it'll just be them a year older lol. :P

Can I keep my professors?

Absolutely! Would you only want them to be rped by you?

Ooooh.... hmmm... now I don't know lol. I suppose it would be fine for them to be RPed by any mod to speed things along. XD

Yep, it's a good idea. That way we don't wait around for one of the people to post if they're offline.

I have all the folders figured out and set!!! :D

Mm, I've also decided that we don't care about most passageways and also most staircases. Sound good?

But what if kids wanna congregate in the halls? LOL.

I posted my professors in staff, is that okay?

-_- They have Common Rooms, the Great Hall, the Library...

Shouldn't Clarisse be 11? I thought we were only doing 1st years?

Good god that is embarrassing. :( Fixed, history also adjusted. Any other problems noted there?

Should we have people bold their posting orders?

How many more characters do you think we'll need? I would like at least five in each house, I think, but what did you have in mind?

What do you mean bold posting orders? Yes we need more characters and possibly more players? Or did you want small group?

Approved, we have two Gryffindors and a Ravenclaw. In the works, there are two Hufflepuffs, a Ravenclaw, and a Slytherin.

Mkay. I'll make... A female Ravenclaw (maybe August or a variation on that character) and a Slytherin (maybe a girl and a boy, unrelated), I think.

Do you maybe want to make siblings that are in different houses? They could either both have been adopted (I'd rather not have another set of twins, just because that tends to be a popular course of action with these sort of things...), or one of them could have been born towards the beginning of the school year, October perhaps, and the other one could have been born in the summer, so they're very young? (So about a year's difference in age, but close enough and at the right time that they're in the same year.)

₰αᴙαh wrote: "What do you mean bold posting orders? Yes we need more characters and possibly more players? Or did you want small group?"

Sorry, I forgot to respond to all of this! How many more characters? Do we need a minimum number per house or what are you thinking? I would like to get more players, could you invite some people? I don't want to send out a mass invite, but I'm not sure who is actually interested.

Ah I see, yes, I agree. Plus we already have twins. How about one is adopted and the other one was a surprise baby after the adoption went through?

Hmmm good point. Let me ponder on who to invite. Maybe to start 5 per house?

What kinda siblings were you thinking?

Um... Well here's an idea, but I'm really quite flexible. Maybe an adopted boy and then a little girl and she could be a little frail and he is super protective of her?

Okay cool. So I assume he'll be a Gryffindor? What should she be? A Hufflepuff maybe?

I think he could be a Gryffindor or a Ravenclaw or even a Slytherin. Probably not a Hufflepuff though. I could see her being pretty much anything but a Gryffindor. Do you have any picture ideas? What are you feeling for them house-wise? Gryffindor/Hufflepuff like you just commented?

Yeah, Gryffindor/Hufflepuff sounds good. I was thinking of using that pic that I reserved in images?

Aw...! So cute! Looks good to me and that sounds like a plan! I'll post some pictures and see what you think.

Uh... I got distracted on Pinterest. Totally not even in the right category... :/

Okay. :) Me too! Gotta love this multitasking thing. ;D 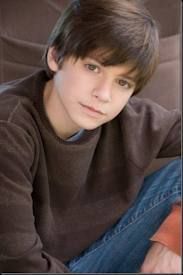 I'm not connecting with the picture though.