Mod
I will post the outline for a character here

Mod
Name:
Age:
Gender:
Flock name:
Role in flock: (will try my best to put you in the one you want cause there can't be 20 leaders and no other members sorry:))
Appearance:(you may have manga/anime, though actual people pics are preferred)
Wings appearance:
Personality:
Background info:
Crush/bf/gf:
Special talents:
Other:
*important note* you have to get both your charrie accepted and be in a flock to rp:)

Mod
Name: Charlie
Age: 19
Gender: male
Flock name: firefly flock
Role in flock:
Appearance: http://www.google.com/imgres?imgurl=h...
Wings appearance: http://adorenews.com/amazing-white-wi...
Personality: Charlie is a little bit perverted in away. he tries to be positive not negative to everyone. Charlie can be tough when he needs to but he's mostly a sweetheart. He can also be very persuading and sneaky and manipulative.
Background info: Charlie grew up with 7 brothers and 8 sisters on a farm. He was the last born and donated to the school. Charlie was there for six years and eventually escaped. he lived by himself since he was 10.
Crush/bf/gf: Open :3
Special talents: reads minds, mimicking
Other: He sometimes has these really bad headaches and hears voices in his had also likes to go outside sit in trees and look up at the stars.

Mod
Name: Rabbit
Age: 15
Gender: female
Flock name: Firefly flock
Role in flock:
Appearance: http://img1.wikia.nocookie.net/__cb20...
Wings appearance: brownish blackish wings
Personality: Rabbit is very stubborn and doesn't take orders very well. She likes to pick fights with the flock leader sometimes. She also has trust issues because of her past.
Background info: when Rabbit was a little girl her parents dropped her of at the school and told her that they would come and pick her back up. They did terrible things to Rabbit which made her blind from a test that went bad. She escaped by herself when she was 10.
Crush/bf/gf: open
Special talents: invisibility, telekinesis, mimicking and reads minds
Other: even though Rabbit is blind she has these period when she can see and when she can't. She can play guitar and sing when no one is around.

Mod
none of your pics are working bae

Mod
Sowy. Let me check. Then make your charrie.

Mod
Ok they should be fixed now. 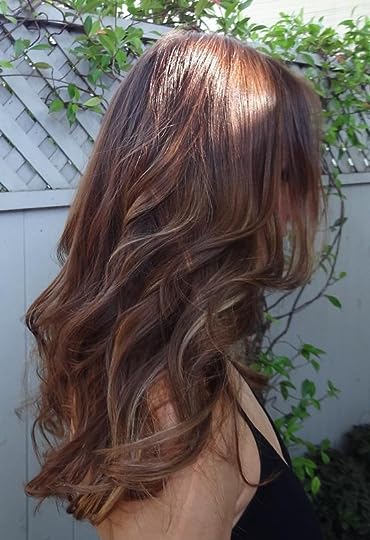 the style of this hair 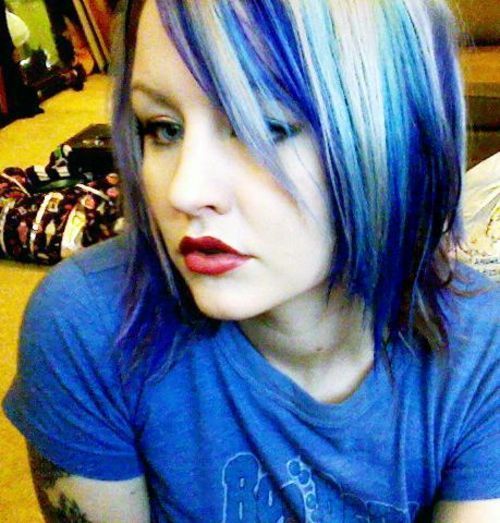 but the color of hair and facial features of this girl
wings appearance: 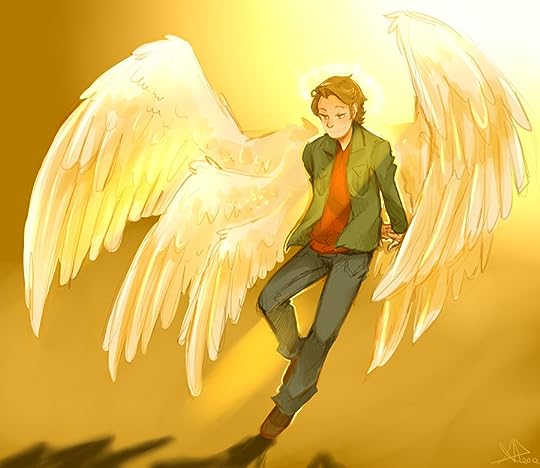 OH YES THERE ARE SIX
Personality:Serious, quiet, with loner tendencies. Enjoys solitude and tends to sit back and observe. Private, rarely talks about her feelings. Can be insensitive to the hardships of others. A planner. Well-organized and hard-working. Works steadily towards identified goals. Focused, with well-developed powers of concentration. Will usually accomplish any task once she has set her mind to it. A perfectionist. Clean, thorough, detail-oriented. Avoids mistakes. Logical and analytical. Somewhat spontaneous. Realistic. Doesn't appreciate strangeness. Conventional. Interested in supporting and promoting traditions and establishments. Dislikes countercultures. Dutiful, always follows the rules. Punctual. Finishes tasks. Responsible and dependable. Prepares for worst case scenarios, cautious. Interested in security and a peaceful life. Holds people to high standards and does not accept apologies easily. She is often very naïve and clueless.
Background info: October was born in ze test tube, and raised to be the new controller of a lab. Therefore, she was trained often in strength, and mostly, mental/ tech strength. She is extremely smart.
However, when she found out about the conditions of lower mutants, she rebelled against her makers, causing a huge outbreak.
Crush/bf/gf: none, so far
Special talents: she can teleport, and create time loops. She can also time travel, but for limited amounts of time, and it drains her.
She is very good with technology, and is in general extremely intelligent.
Other: bi yo yo yo. She doesn't like to express it, but she is very talented in music

Personality: funny, kind, happy, joyful, wise, smart, bold, brave, blunt, gullible, friendly.
Background info:
Hannah's parents were whitecoats (Yes i still use that term :P) and experiment on her after 12 months. She has lived in her school her hole life in a cage. She escaped when she was 14 and lived on the run.
Crush/bf/gf:

Special talents: Hannah can make shadows into soild objects and make small things move with her mind, she working with the mind thing.

Other: http://www.argos.co.uk/wcsstore/argos... she wears this under her shirts, non of the other flock members knew she has this. It has a picture of her parents holding her when she was born.

Mod
musicbox/eden checks out mine

Mod
Name: Mikey
Age: 19
Gender: male
Flock name: winter
Role in flock:
Appearance: http://www.google.com/imgres?imgurl=h...
Wings appearance: black
Personality: Mikey is cocky and perverted guy. He is sometimes childish and playful, but when it comes to his flock he's deadly. Mikey has mood swings most of the times.
Background info: Mikey was born in the school as a test subject. 10 years later he escaped from the school. 4 years later he found out that he had a sister so Mikey went back to the school to get her.
Crush/bf/gf:
Special talents: Morphing, mind reading, and controls water.
Other: he can sing and play gutair

Mod
Idk Charlie can be in firefly.

Mod
someones gotta make a guy for our flock, seriusly

Mod
I'll change Charlie into a guy then.

Mod
There she's a guy now.

Mod
still getting pic of girl do

Mod
But no picture 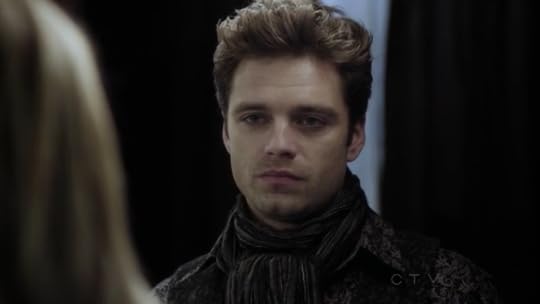 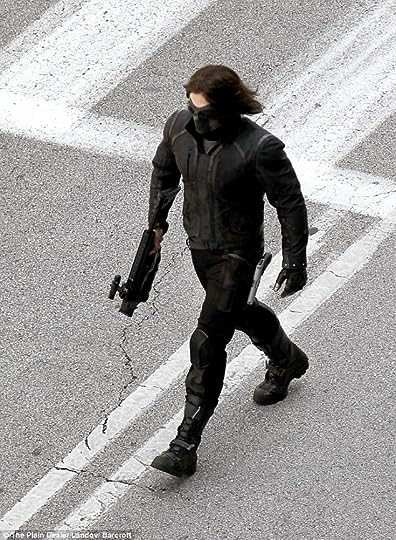 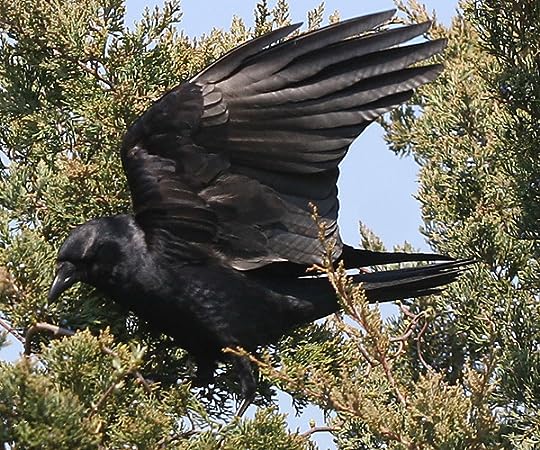 Personality: very caring, kind, sometimes serious, he is extremely protective of anyone. He has an urge to kill and he likes to but he tries to hide it.

Background info: Jefferson is the son of two mutants. He was taken to the school as a child but his parents gave their lives to help him escape. Because of this he is very protective of children. Once escaped from the school Jefferson led a pretty normal life. He lived with foster parents then went off to college. He is now a high ranking FBI agent. Because of this he is very well trained in fighting and is always at peak condition. Jefferson 'adopts' every mutant kid he finds. He still wants revenge on the school for killing his parents.

Special talents: he has super strength, and various telepathic abilities.

Other: FoxDragon likes the Winter Soldier. I CANT WAIT FOR CAPTAIN AMERICA!!!!!!!

Name: Artemis Shalk
Age: 17
Gender: Female
Flock name: later
Role in flock: later
Appearance: http://www.funwallz.com/image/red-ora...
Wings appearance: http://www.funfancydress.com/media/ca...
Personality: Artemis is generally quiet and keeps to herself. She's shy, but friendly still. She doesn't like to draw attention to herself and hates to be center of attention for any reason.
Background info: Artemis, as for most bird kids, was raised by the cruel scientists in the School. At 13 she escaped and had been on the run since, looking for a flock. She's learned to fend for herself and is wary of most everyone because of it.
Crush/bf/gf: open
Special talents: Can conjure illusions.
Other: 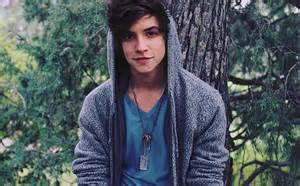 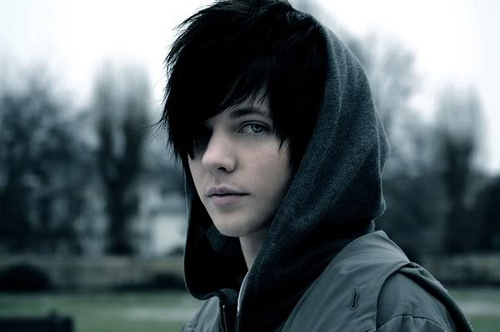 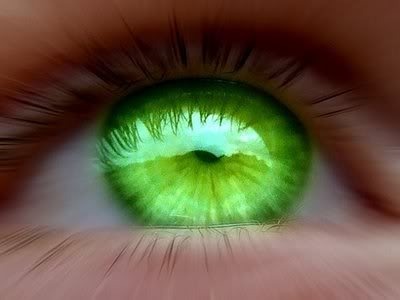 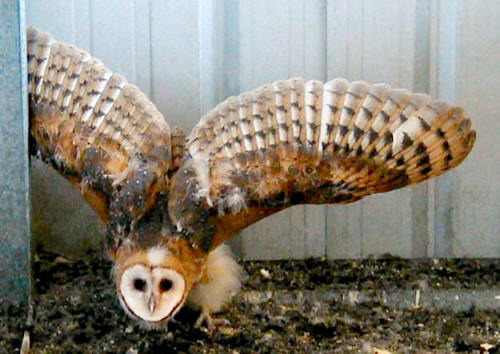 Siblings: October was made to be his sister, in the project that both were included in, named Moontwist.

Fears: He doesn't fear much except for being rejected.

Strengths: He is extremely talented in manipulating people, and is able to get almost anything from people using no power at all.

Weakness: His one weakness is that sometimes he lets the power of his go to his head, turning relatively greedy, and somewhat destructive.

Good Qualities: He loves being around people, and knowing he has friends. He values family and friends higher than himself. Therefore, he is extremely loyal, but doesn't trust easily, as he is afraid of what people will think of his true self.

Bad Habits: He tends to be clingy and shy.

Natural Talents: As said before, he has a natural talent in manipulating people to do things, though they may not realize it. He is very good at keeping secrets, and works hard in everything. He will do anything someone asks, unless he himself needs something done.

Powers & Abilities: He has the power to be able to sense people's feelings, which aids him in the natural talent of manipulation. He can see briefly into the future, and has a strange ability to heal people near death. He can teleport limitedly to where October is.

Temperament: He has a relatively low temperament, meaning that he doesn't get angry easily. He relates to mostly everyone, so he doesn't feel any extreme anger towards anyone.

Background: Aaron was created as a sort of opposite almost neutralizer for October. He can calm her down very easily-he was born to do so. They were both part of project Moontwist to teach raise mutants to eventually run the schools in replacement of the weak scientists. He has no family, though he considers October to be his sister.

Mod
I approve myself. EDEN/MUSICBOX! GET YO RP-ING BUTT DOWN TO FIREFLY

Mod
I need to know the flock name though

Ah, ill ask around and see if Kate can join, is that ok?

Merlin Sandhill wrote: "I need to know the flock name though"

Personality: Quinn is perky and fun loving. She hates being bored or quiet and likes to talk. Quinn likes to be around people especially guys. She's not really a girly girl and loves children. She likes to act childish around everyone she meets and is a little shy.

Background info: Quinn was donated to the school and experimented on right away. She hated every moment being there so she escaped when she was ten. Quinn currently lives on her own and hopes some people will join her. *cough cough* sely. *cough cough*

Crush/bf/gf: what part of live on her own don't you understand?

Oh and I APPROVE myself.