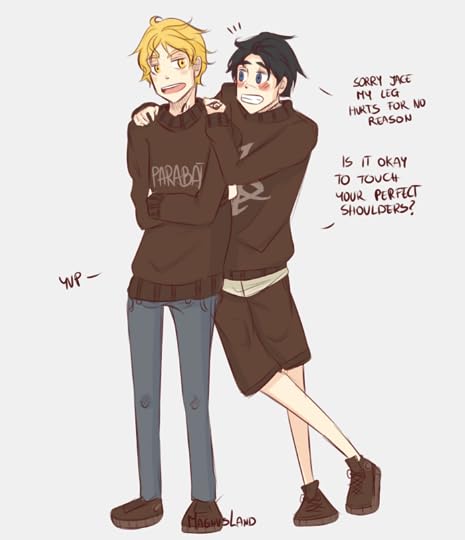 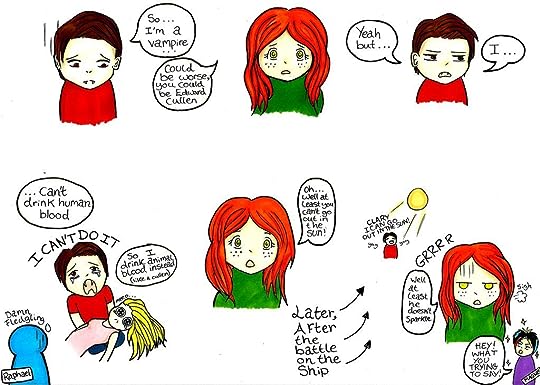 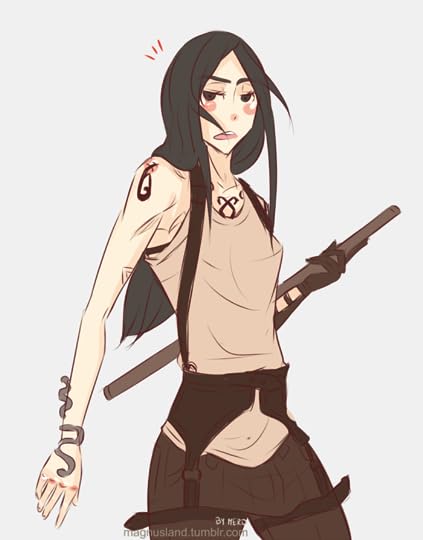 Because this was bound to be posted: 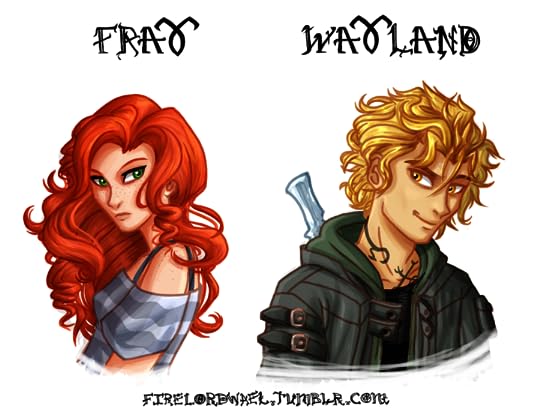 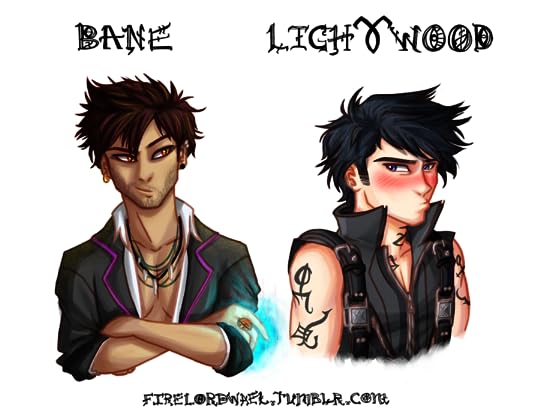 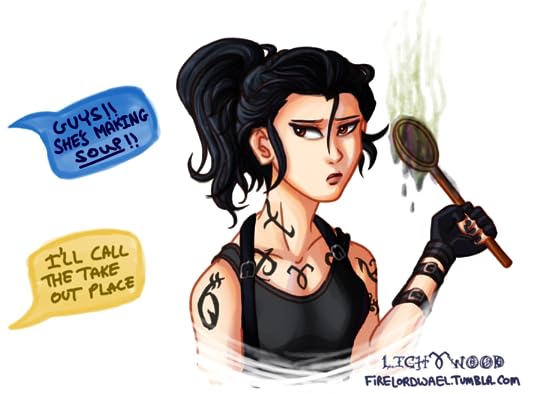 Mod
Niiiiiice! XD I love fanart, but I suck at drawing it.

I love drawing fanart but I don't know what to draw! Something, someone, who, how?

Mod
Have you tried portraits? Or scenes from wherever they're from(Books, movie, show, ect.)

Do you have a character in mind? And yeah, I have... although every time I draw a rendition, it changes the next day.
I've seen your PJO portraits. It's amazing how similar your art style is to Burge-bug on Deviantart. I wouldn't suppose you were her, are you?

Mod
I don't even have an account on Deviantart. But thank you for that compliment. XD

De riens~!
Alright, what to draw... We should have an art challenge!

Here is something that may be missing in your life.
Welcome to Nightvale is a podcast about a distopian town in the middle of the American desert where time doesn't exist and true fear means something completely different:

For those of you who don't know Iz, she loves Selena Gomez. Probably almost as much as I love Tumblr. ALMOST.

Mod
Almost? Did you say ALMOST?! You're joking right? I LOVE HER. More than you love Tumblr. :P

I don't know, people shouldn't compare to the love others have for Tumblr. Any level higher and it just becomes wrong, obsessive and parasitic.

Mod
I'm not on Tumblr, so I really don't care much for it. I've got no clue why people are addicted to it. *waits to be killed by Tumblr lovers*

It's like Homestuck, I personally can't name the source of the addiction but it's not completely foreign to be addicted.

Mod
Homestuck? I've never heard of that before.

The Internet is a strange a time wrangling void which has a little for everyone. Homestuck happens to have been one of the most addictive for some, followed by Hetalia and the obvious TV shows such as Supernatural, BBC Sherlock and Doctor Who.

Night Vale, the thing I posted above, is another fad that's passing through. It's a more intelligent one, though. Less fan based. It stands its ground better.

Hetalia was extremely addictive. It took me two years to get off that drug.

Mod
I've heard of Hetalia, but I don't know, well, anything about it. I live in books and Rps, dude.

Hetalia to me is the king of righteous fanart. It's basically, in its prime, a five minute episode series about personified countries. The Earth have people whom represent their country as a whole. Of course, to be any one full country, you'd have to be seriously stereotypical.
So Hetalia is a stereotypical representation of human history. Wars become fist fights between two powers, the cold war a perilous taunting match and when a country gets hurt, they are bruised and beaten like they body took the brunt.

America is super obnoxious.
Russia demeaning.
Canada's ignored to the point of invisibility.
England is a tea loving, easily frustrated but fatherly figure.
And Germany is probably the sanest of everyone.

The cutest, however, is Lithuania. My gosh, my heart. He's so shy and kind but is constantly getting stomach aches from all his anxiety attacks. And his back... its framed with cross-like injuries given from Russia during the Soviet Union.

In the anime, he has a crush on Russia's little sister, Belarus. It's completely historically inaccurate but it's insanely cute. One fan made a video about it with fanart: http://www.youtube.com/watch?v=YL0QOP...

My favourite character is China. He's perceived as the motherly figure for all of Asia except that all his brothers and sisters broke off and started their own lives. He's 4000 years old and the one with the ponytail. Japan has the big brown eyes. Korea is the one that smiles the most. The girl is Taiwan and the quiet, thick eyebrowed one is Hong Kong: http://www.youtube.com/watch?v=wnOhEX...

Mod
I'll def be looking at those videos when I can use my sound/volume. Can't right now because otherwise I'll annoy people.

You don't have to. It was just... me remembering. It's been such a long time.

Izzy99 ~ Aka, Izzy Valdez Lightfleur wrote: "Almost? Did you say ALMOST?! You're joking right? I LOVE HER. More than you love Tumblr. :P"

I should've been clear. I don't actually love Tumblr, I meant to compare your love to my addiction.

Mod
Why is Tumblr addicting? I've been wondering. :/

If you're following the right people, it'll happen.

I just realized... well, what would be the best Hallowe'en costume for each book character? Scary preferably.

((It's the body type, the hair and the eyes. Plus he wore those exact clothes in the third book.))

Mod
Hmmm.....maybe Clary could be Merida. They both have crazy, red hair.

Izzy {Valdez} Lightfleur ~ “If my life is going to mean anything, I have to live it myself.” wrote: "Hmmm.....maybe Clary could be Merida. They both have crazy, red hair."

That's actually extremely fitting. Pixar theme it is! Now who's next?

Hey guys! In my super limited spare time, I was hoping I could actually start rping, so if anyone has a character open and wants to rp with Susan or Leona, let me know :)

I have a character open but I don't know if you really want to rp with me. ^^'

Why wouldn't I wanna rp with you? You have awesome ideas!

I have a mundane. People don't always want to bother with the trouble of trying to integrate a 'normal person'.

Ha, well, I've got a mundie too. I have a Shadowhunter as well. I guess it depends on who you wanna rp with(if you want to). I'm sure we could figure something out. If you don't wanna rp, though, that's fine.

That came out wrong. I meant some people like adding mundanes to further the carriers of a Shadowhunter.

Anyway, I'd love to RP. Why don't our mundanes go to the same school? Friends or not, she has family in Downworld, he could overhear her or the death of his sister could put up a lightbulb for her.

I'm going to sleep again, sorry. I'll be back in the morning, though. I'm just so tired/emotionally drained that my words sound so textbook and precise to a cause without any heart.

Hey, I'm kind of just on and off at the moment.

Catbug! I love that guy!

The little boy who does his voice is just as adorable!

Hey, so do you wanna use that rp idea?

Well, the one involving our mundanes. we could figure something out for that.