Mod
Build your characters here. These are the useable species. 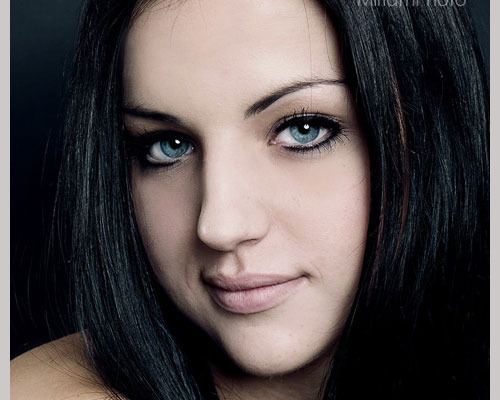 Background: Cary's family was slaughtered when she was a teenager, ever since then she has been careful with who she trusts, but more importantly has been hunting (or at least trying) down her family's killer.

Personality: Cruel when she needs to be, but sincere most of the time; intelligent; short-tempered; self reliant

Other: very dangerous; during the day she spends time observing her prey she will attack later that night, she will find some creatures interesting and will spare them. 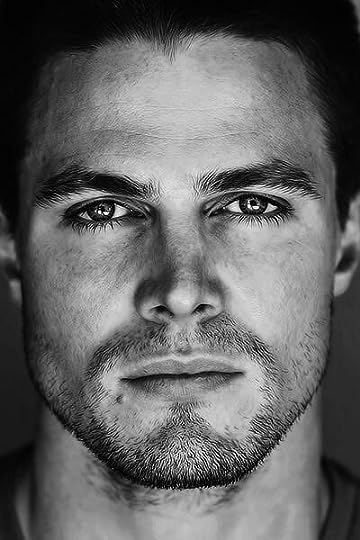 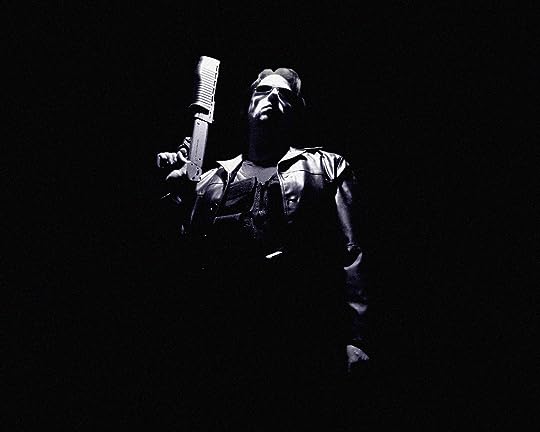 Background: Ten years ago he was in the military special forces when Pandora's box opened he lost his entire family he's been hunting the killer since

Personality: quiet and calm until he's in a fight, then he becomes loud and angry

Appearance: Is always dressed casually and practically.
Sorry I can't post this as a pic straight here, but here is a link http://mediumhaircutsforwomen.com/eas...

Relationships: Anyone she thinks can help Hope is considered a friend in her eyes, and anyone in Hope she considers family.

Other: A good eye with a bow, and when it gets to close combat she isn't too bad with her knife - a Gerber Mark II 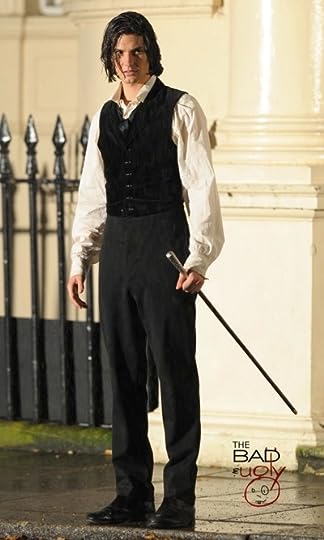 Background:Some believe the most feared man in the hell that has become earth, Cain, is the same man who in the bible killed Abel. Other's believe he is the opener of Pandora's box. Some believe he's just another creature to come from the box. Even more believe he's the devil himself. But no one knows for sure. All that is known is Cain is incredibly powerful and he's killed thousands single handily. Known to the Goblins as, The Dark Immortal.

Appearance: 4'2" and always wears what she finds fashionable, though it looks odd in the eyes of the other goblin girls. 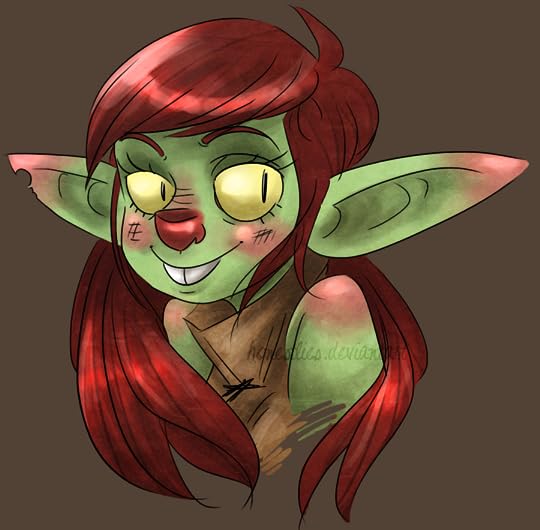 Background: just a young goblin. She spent all of the life she remembers on earth, and is really just a curious girl who wonders what it must be like to be other species. She's rather nice for a goblin.

Personalty: as above, plus a total fan girl...

Relationships: She has two parents, seven brothers, four sisters, and is the tenth child. She has loads of extended family.

Other: As mentioned above, she's a total fan girl.... And the focus of most of her fan girl attention is the famed Garrett Monroe. 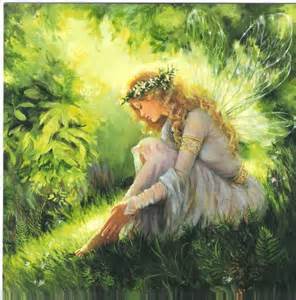 Background: When the Box opened, Cairn hid in the first flower she found, clawing her way deep into it as the world shook. The others were released too, and they ran. She shivered much, but not as violently as the ground, or as the wavering flower sheltering her. They scared her. Her fear would drive her later on, but right then it froze her. For over a year she sunk into that flower. Then, the flower was stepped on. Injured, Cairn fled the flower but could do no more than go into her nymph form. Unused to being in this form on Earth she scrambled like a fish on land, reaching around for something strong enough to save her. She didn't take in the moving horde of Orcs around her until one stopped beside her, letting its axe blade sink into the dirt as it stood as an obstacle, forcing the rest of the orcs to move around him, and her. Cairn found a tree a few feet away and slipped into it. The Orc remained by that tree, never going too far, for days afterward. Eventually Cairn came out and met the Orc. He explained what he wanted and why he was protecting her. She agreed to company him on a journey, and they've been together for 8-9 years since. Today.

Five years into their journey, they met a little Goblin, all alone, who had determined to never be alone again. So he followed, and has been following, the two of them. He is annoying. He won't leave them, but Cairn wouldn't let him leave anyway. She has grown attached to the Goblin. He's like her pet.

Personality: Ditzy, talks and thinks at the same time, so doesn't usually make sense. A very blonde, innocent, fun loving nymph that can't exactly tell right from wrong. All she believes are three things; 1) Food is good. 2) Naps are better. 3) Deedildidle (Goblin) and Als'cross (Orc) are her friends.

Other:
- Adores hugs. Hugshugshugs.
- Sings randomly. Sometimes off key and bad if she improvises, but when she copies sounds her voice can be mesmerizing.
- Has a poor memory. Can store memories fine, just has trouble retaining them to continuously affect/lead her actions/thoughts.
)--------------( 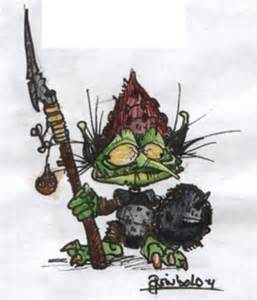 Background: Nothing much. He doesn't care to remember. He just wandered from his family when the Box opened and danced around for a few years, causing trouble, stealing trinkets and living off mushrooms. Then he met Cairnaghn and Als'cross and followed them.

Personality: Smarter than one would think, but simple still. All he wants is instinctive, all he ever does is mischivous, and he cares only about his two companions. Tough hearted little creature when he's driven to it.

Other:
- Only eats mushrooms, likes specific kinds.
- Very small, just two feet high, and 30 pounds. Can climb walls, slip through bars, and very acrobatic like a monkey.
- Afraid of the Dark Immortal and White Evil like none other.
- Can turn to stone at will. 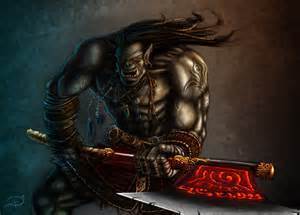 Background: After the Box opened he joined a horde of Orcs. It was simple; for the next year they killed and pillaged. Only one event is worth mentioning. One time while passing a farm, Als trudged into the house while the other Orcs destroyed the field and livestock. He saw five small human children and a human mother, the father had been working in the fields and ran upon seeing the Orcs. Als advanced on the humans, but one of the little male humans came at him, screaming. Als struck him with his axe. The other little children came at him, and he brushed them away, leaving their bloody bodies as he struck down the mother. Als didn't regret the killing, he just turned and walked out. Yet he had been affected by the humans fighting back. Why would they fight back? They were weak. He wanted to know what humans had that made them fight even though they were weak. Als later heard a rumor of something called Cain. He asked about Cain, and a sort of idea came to him. He didn't wholly understand his idea until he saw a nymph. The horde was moving, ignoring the creature, but Als paused by her as he thought, and it all clicked. In the end he told the nymph his plan to find Cain, and why he needed her to come. She agreed, and they've been trying to find Cain ever since. So far they've only found Didle, whom Als doesn't care much for.

Personality: Quiet. His presence talks for him, being a massive Orc with an axe. He only talks directly to Cairn, the nymph, because she does the talking with anyone else. He seems like the brawn behind the company, but he is the one with the plans, he is leading Cairn and Didle. He wants Cain, and that is all his soul is focused on.

Relationships: The nymph and the goblin are traveling with him, but he feels nothing for them, even as friends.

Other:
- He wants to know what makes weak humans fight. Being just an Orc, he thinks Cain will tell him.
- Has no preferences, only one goal. 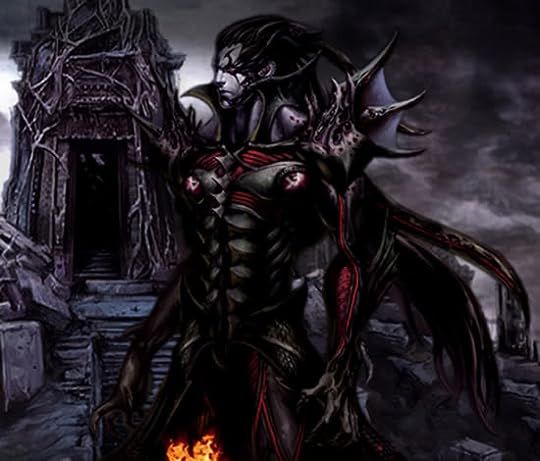