Mod
Humans can refer to anyone being Guarded(They're called Charges or Placements by the Angels) or the son/daughter of an angel/demon/fallen or just some random guy on the street. Whatever. Descendants of the Divine usually don't know what they are.

Name:
Age:
Gender
Appearance:
Personality:
Background: (If they are a Charge, include that here.)
Special: (Powers or skills. If they're a descendent of something divine, they'll have slight powers, but nothing that will alert them to their heritage.)
Other: 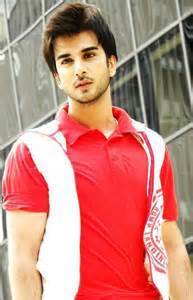 Personality: A sunshine weed, but every sunny weed casts a shadow. He's a bright, optimistic, active adrenaline junky. Loyal, decisive, observant and connects well all at once, but he's a cheeky child. His shadow is his sassy, nonchalant, devil-may-care-I-don't kind of person. He's a free spirit, but while his spirit flies it picks up pollution everywhere. He's like a sponge; feeds off anything that is fed to him. As long as it benefits his intentions, he doesn't care what happens to his own soul, good or wrong.
Background: His parents were both fallen angels. Sent to earth due to their love. They had two children, twins, Grigori and Jacob. Jacob was born a fallen angel, Giry a human. Their parents lost their wings, and Jacob's wings deteriorated at age 4. Giry grew up normally, no angels, no demons, not even knowledge of demons or angels or the past of their parents. Just school, friends, and natural enemies. All faded except his family. Girgori now goes to college with Jacob at the community college a few hours from home.

During the first months of college Grigori met a girl and after a few varied dates they are going steady. Evelyn is sick, occasionally going to the hospital, but it's not bad yet. The doctors just don't know what it is. The truth was her soul had been eaten away so much by a demon that she can't physically go on sometimes. That demon is still visiting her.
Special:
- His soul is guarded, he can't be tempted by others. He just does things because he can.
- Retained angel blood, mixed in his human blood. All things he takes in; water, food, anything through skin, is affected by the blood. Heals efficiently, has never gotten sick (but can if a virus is fast enough), and is fit and healthy.
Other:
- Likes nature.
- Likes food.
- Loves girls.
- Loves silence more than girls.
- Petrified of water. Only quick showers, no bath, no swimming pools, no oceans or lakes or ponds, and no rain. No clue why.
- Doesn't know about angels or demons being real. Has had no big reason to wonder, except religion, but doesn't believe they come to earth or are physically real.

So does he still not know about the supernatural stuff?

Oh, no, he doesn't yet. Neither does Jacob. I'll edit that in, thanks for catching and asking about that!

Mk ur welcome! Is it cool w/ u if I make a guardian for him?

That would be sweet! Feel free. ;)

Awesome! Been wanting to but there were no humans ;D