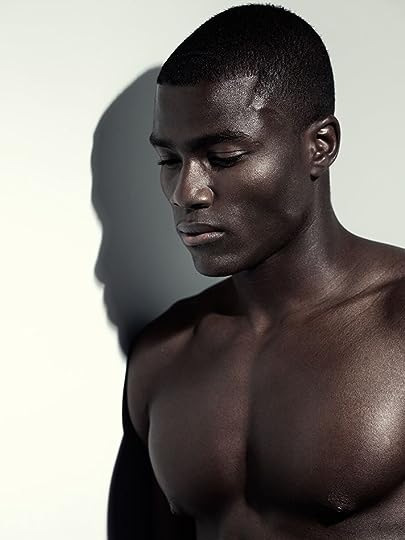 Description: Ekaitz has a dark, low voice that rumbles like a distant storm. His skin is a very dark brown, matched by hair as black as the darkest of nights. His eyes, on the other hand, are the grey, blue-green of the sea churned up by a storm. He is not incredibly tall, only about 6'0", he still dominates a room by the sheer power of his presence, for he seems to crackle with unused energy. He doesn't wear much clothing, usually going shirtless with a simple loin cloth. His body is made of lined, rippling muscle absent of even the the smallest speck of unnecessary fat. He is gentler than his appearance suggests, visible in the kindness of his eyes as he views both mortals and his fellow Eternal ones. He is not one of violence, apparent in his treating of mortals.
History: There are few legends out there of Egate; what is there is simply an echo of how he is today. Mortals of both the past and present often swear they hear rumbled warnings from the sky in the days before a natural disaster, but whether or not they listen is a different story.
Combat: Sheer strength is on Ekaitz's side, which is an advantage in hand-to-hand combat, but less so when a weapon is involved on the side of the other party. He never carries a weapon (or anything else of that matter with him).
Other: A god of fire and storms, Ekaitz does not have the power to stop the natural disasters over which he has domain.

Again, there was practically no information on the original deity...

It's my fault, I realize, but I looked at the deity and had so many ideas for him. Thus, we get a gentle yet very powerful deity, that I think will provide an interesting dynamic in the roleplay.

Are there any elements that feel missing, or any conventional errors I've made?

I can't seem to find any mention of him in the interwebs, which civilisation is he from?

Oh, I was searching for an "Egate" hence I got more links to an e-gate rather than a deity:p

Haha, yeah... Other sources gave some alternate names, and I preferred Egate over Eate. :/ Sorry for the confusion.