Mod
Just gonna stand there and watch me burn

And at last I see the light. And it's like the fog has lifted

A kingdom of isolation, and it looks like I’m the King 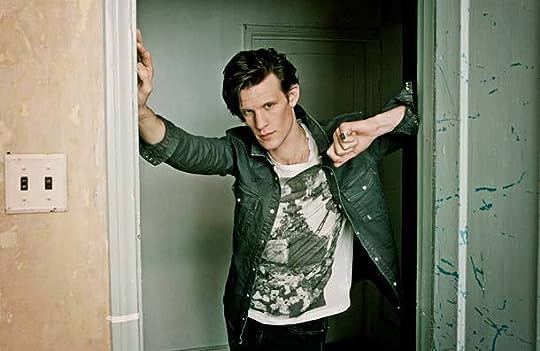 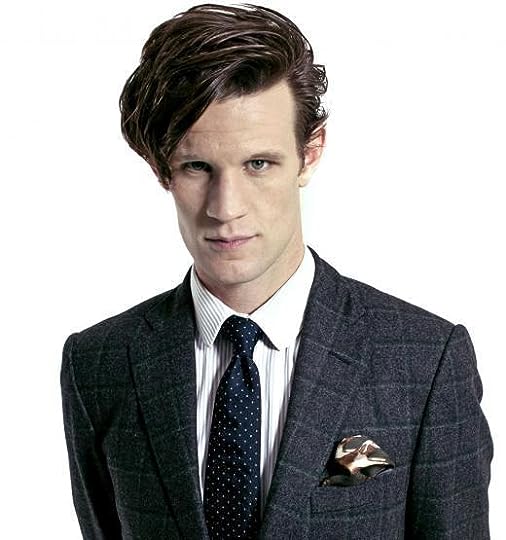 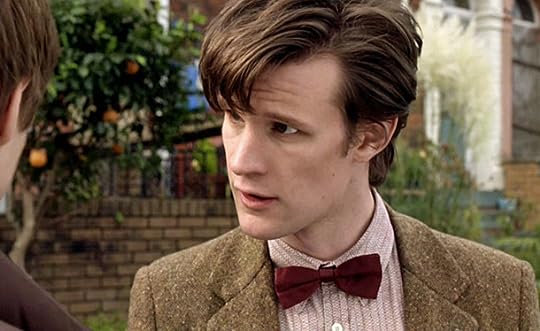 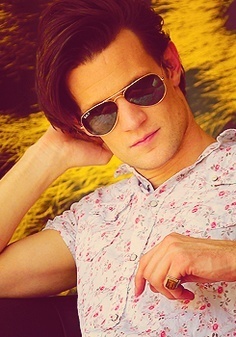 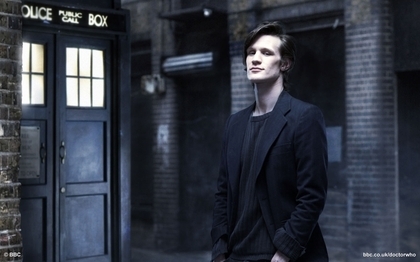 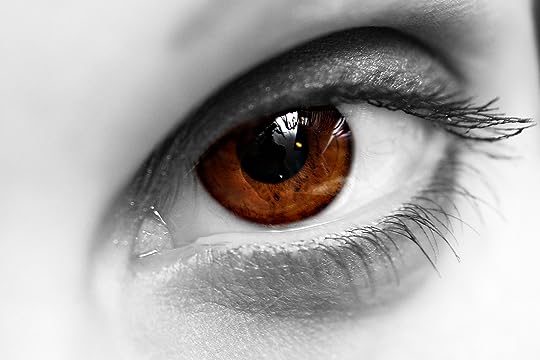 (hide spoiler)]
{Hair}Dominic has dark chocolate hair
{Weight}130 lb socking wet
{Height} 6' 3"
{Build} Dominic is tall and lean
{Blood Type} A-
{Body Type} Dom is Lean, he has slender solders, flat stomach. He has lean muscles all over his body and would easily be labeled a twink.
{Distinguished Markings}
{Tattoo(s)}
Dominic has this down his back
(view spoiler)[ 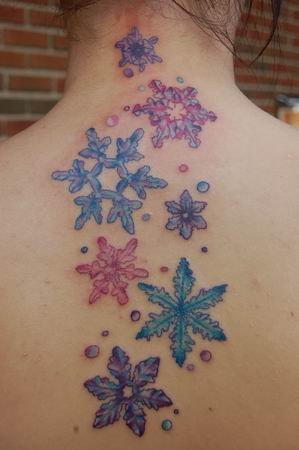 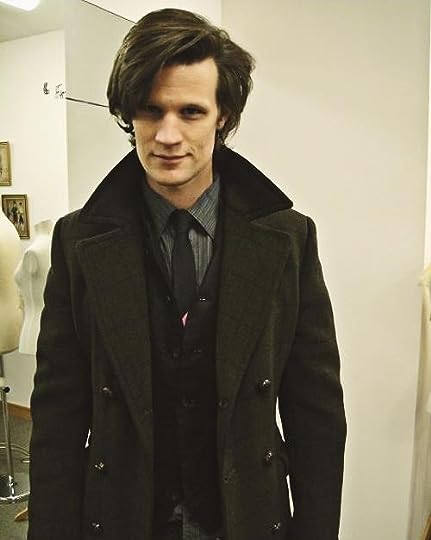 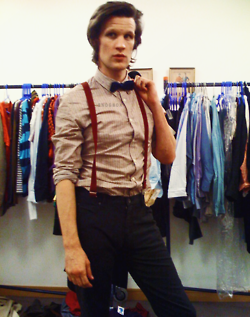 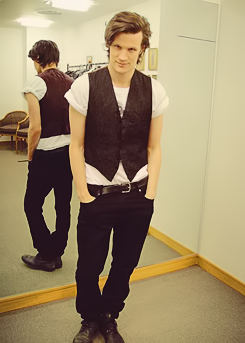 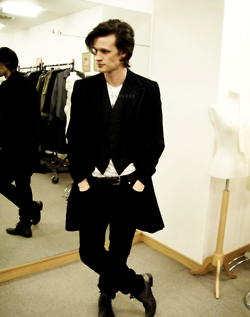 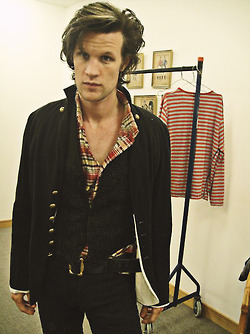 [Personality]Dominic has never been one for mushy sentiment, he grew up in a hard life. He is a strict but fair Head Master, he rules over the school with an iron first but also a kind heart. He cares for his students and hopes that they all do well in their future lives.

Let the storm rage on, the cold never bothered me anyway

[Relationship Status] Dominic had a wife once, but she passed away

It’s time to see what I can do

[Family]
Dominic has no family, he was raised by his aunt who passed away shortly after he became Head Master

{Phobia}
Dominic has a fear of only two things, fire and being alone.


My soul is spiraling in frozen fractals all around
[image error]

There is beauty in everything she sees..

[Powers/Special Abilities]
{Family Power} Heat Manipulation - Angie has the power to control heat, she can manipulate the heat from a fire, but not the fire itself. [Can inflict this upon someone, making them feel the heat on them when there is none present]

{Personal Power} Mind Reading - Angie can read your inner most thoughts, though she tends to block them out because she's more of a surprise oriented sort of woman.

{Sensory Power} Heighten Senses(Reflexes) - The reason Angie was made Teacher of Battle strategy was because of her abilities to see a move before it is set in stone. Although she cannot predict moves, she has a sense within her (Like a gut feeling) that something is about to happen, and she reacts according to that gut feeling in seconds.
[Sexuality] Heterosexual
{Face Claim} Rihanna
[Appearance] 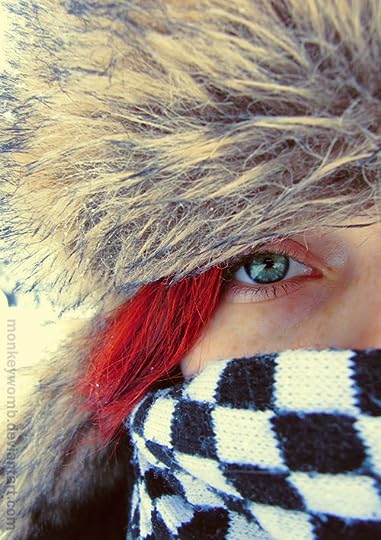 (hide spoiler)]
{Hair} Angie has bottle blonde hair, with her roots filling in its natural colour, brown.
{Tattoos/Piercings} (view spoiler)[http://24.media.tumblr.com/ca3f994bfa... (hide spoiler)] She only has the sleeve tattoo on the right arm.
[Common Attire] In class, Angie is mostly in comfy clothes like a tank top and sweat pants with running shoes, so she has more room to move. But when she's out of class and on her own time or office hours, she's usually in something like this:
(view spoiler)[http://gyazo.com/9464bf74c716d3c1b54a... (hide spoiler)]

The perks of being a social butterfly

[Personality] Angie is known for being bubbly and intelligent. She's the kind of girl you don't need to know to pour your heart out too. She's understanding, and always has an answer, even if you don't understand it at the time. She's been through a lot in her life, and likes to share her experiences. In short, she's more of a motherly figure to her students more than just a teacher. But she does have a strict side, she doesn't let others feel down or left out. She likes to be the center of attention though, although she doesn't let it show. She likes attention, but she also likes to give attention.

[Backstory]Growing up, Angie had a nice family who loved her with all their heart. Although she knew the dark secrets of her family, the affairs, the lies, she stayed strong for them and forced the indecencies and the inexcusable behavior from her mind and continued to believe that everything was fine. When Angie was 20, she met her first husband, whom she had her first child with. After five years of marriage, she discovered he was just like her father and was heart broken. She took her child and left him, and since then hasn't gave time to her love life or social life outside of her child, and her students.

I will protect you, I promise.

[Family]
Devon Nicolas Roam, the only star in Angie's life. Her son is the only person she's serious about, besides her students. She'd do anything for him. He's only 3 years old, and is usually under the care of her mother Iris Elizabeth Aiden. Angie's mother was who she looked up to growing up. She was always faithful to her husband, even though when he was alive he was a liar and a cheat. She's a strong woman and taught Angie that it's better to be strong, then to be weak and fall for everything.

[Allies/Enemies] Angie doesn't have any enemies. At least not that she knows of, but she does have a lot of friends. She's friendly with everyone at the academy, and anyone she meets in town. But with that said some people do get offended at how kind she is, the way she lets people down gently. Sometimes problems arise, but she always has a way out of it.

Reflexes
Angie has always had good reflexes (Catching, Throwing, Defense, Offense), always top of her sports teams when she played. Aspiring to be in the Olympics until she found the charm in teaching.

20/20 Vision
This is a good skill for teachers to have. Angie's eyes put a hawks to shame, but she does often turn a blind eye to mindless activities (Behavior issues, mindless flirting, etc).

Generosity
Angie is a giver, not a taker. Although she knows that it's best to know how to receive a gift, as well as give one. She's always giving everyone her all, making them feel welcomed and at home. She likes to see the smile on peoples faces when they receive something from her that really means something to them.

Overthinking
Angie has a very over reactive mind. There's little she doesn't worry about these days, and when she starts to worry, her mind gets cluttered with negative thoughts, but also the positive outcome that she'll make from it. She makes a lot out of nothing.

Mental Toughness
Angie stays strong for too long. She never shares her personal issues with others. She'd rather help others with their problems and be the girl with "no problems" even though it's impossible to have no problems, and also impossible to hide them forever, but she is content on holding them in until she absolutely can't hold it in anymore. 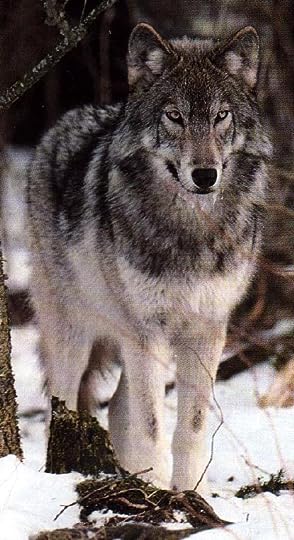 {Personal Power} Holding complete control over all factions of Heat, Fire, and Lightening.
{Sensory Power} Sense of Dominance. This projects his own authority in his voice anyone who hears his words feels compelled to obey him. Much like a form of charmspeak or sense of the tongue rather.
[Sexuality] Bisexual
{Face Claim} Rick Malambri
[Appearance] 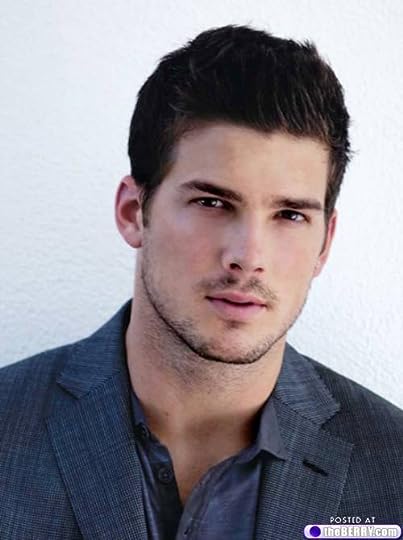 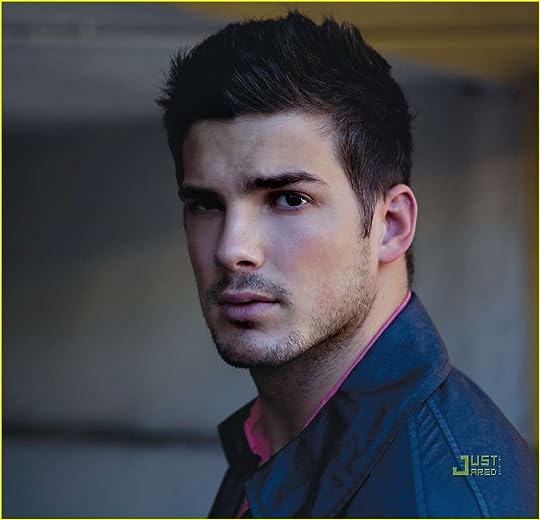 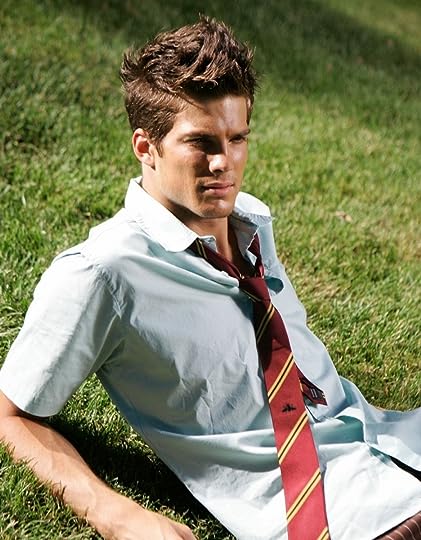 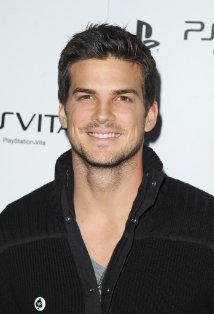 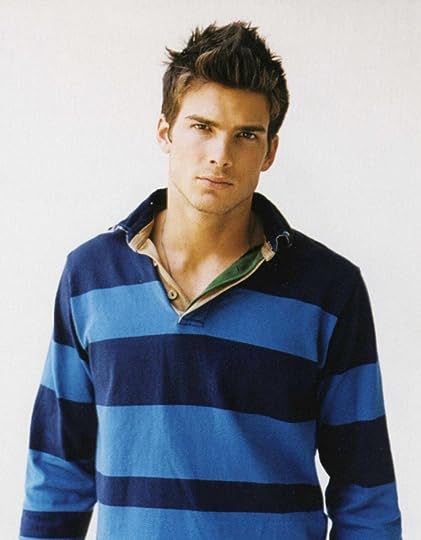 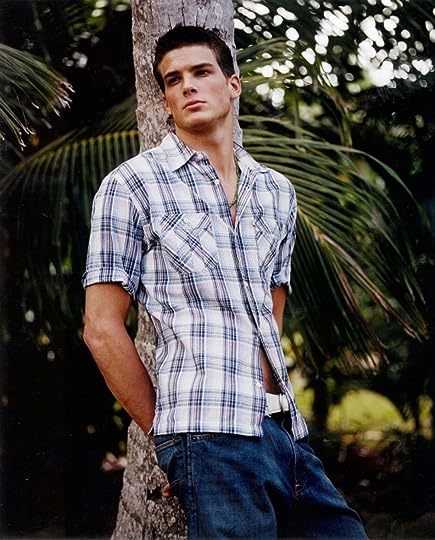 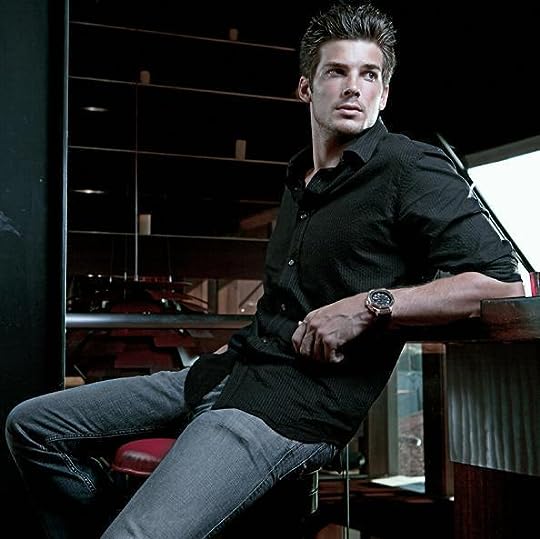 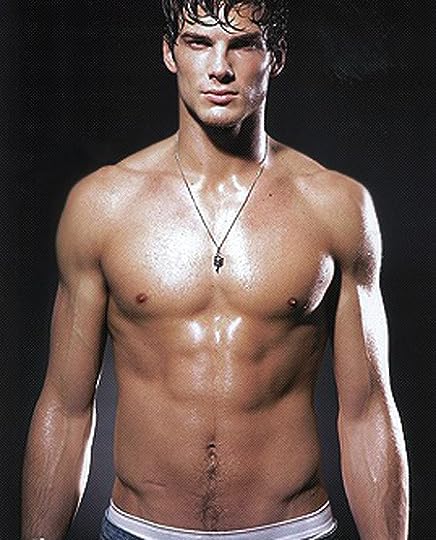 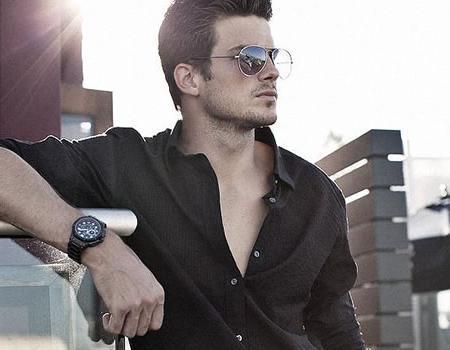 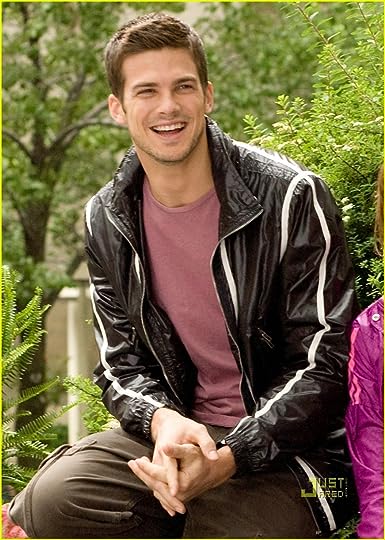 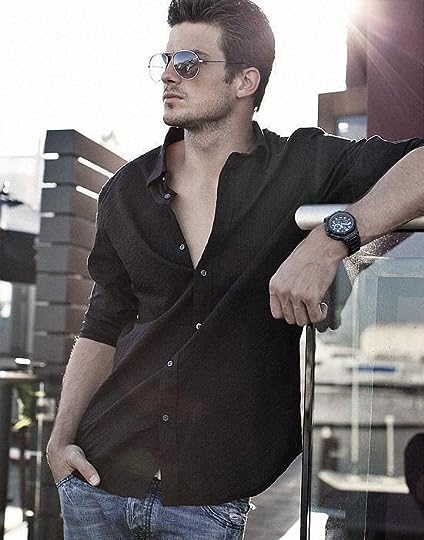 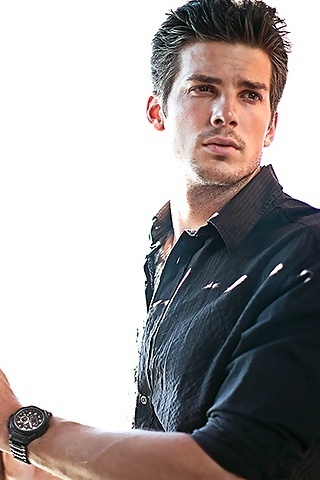 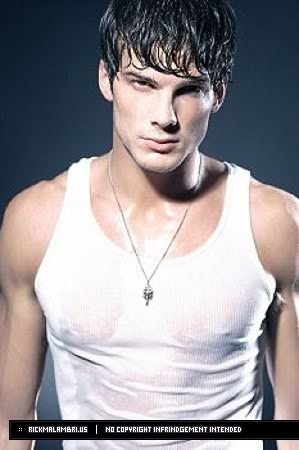 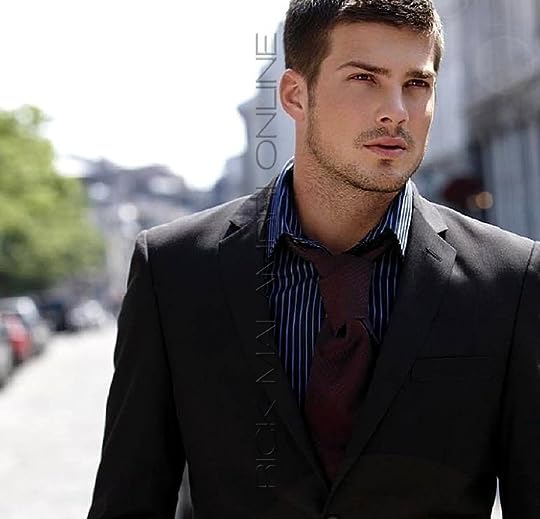