So.. How should we do this?

I actually thought of one of us having two the other has one. Can I only be the wizard please?

[Brief Synopsis] A world in which magic and Steampunk collide. Wizardry is a common art, and, although not many possess the gift, the ones that do don’t have much power at all. They can cast a few illumination spells or cause a spark at their fingertips, but that’s it. A few children, however, are particularly gifted, and the tyrannical government has gotten wind of them. In order to escape the grasp of the assassins dispatched to wipe them out, the kids must scramble across a Steampunk, post-apocalyptic world in search for freedom, liberty, and justice.

[Other] This would be a great teen rp, and I think it be an epic adventure. 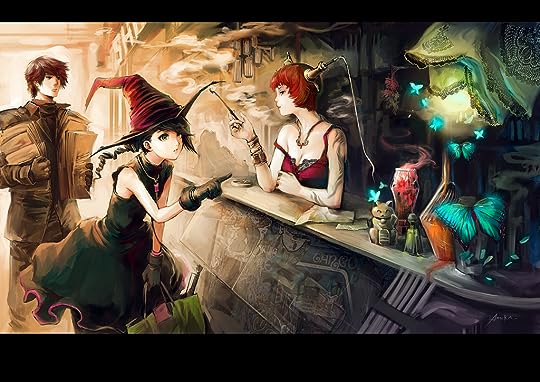 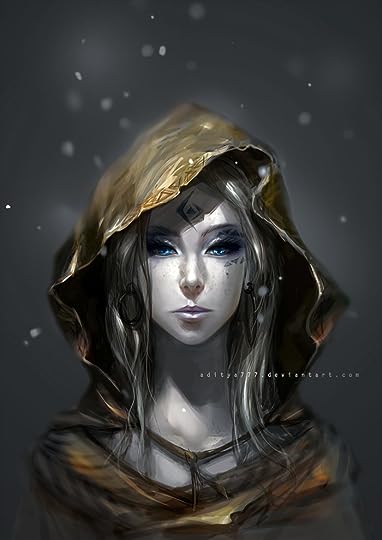 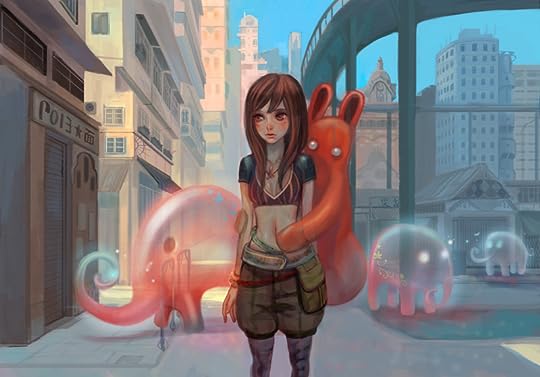 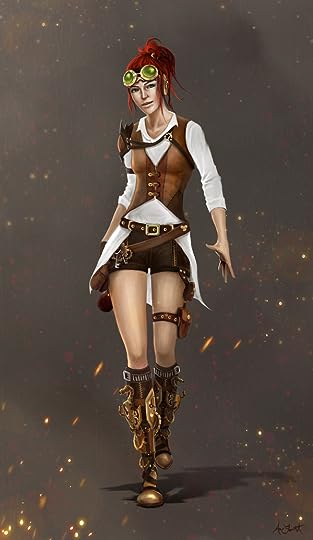 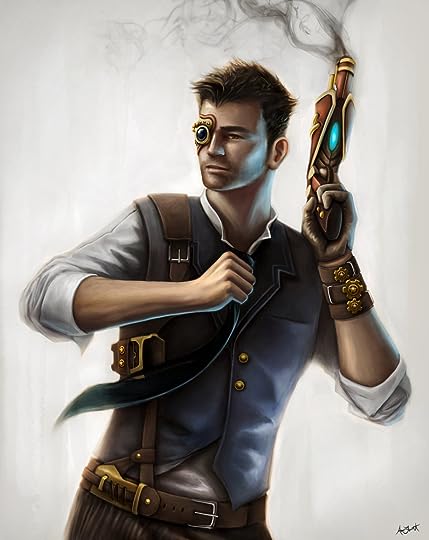 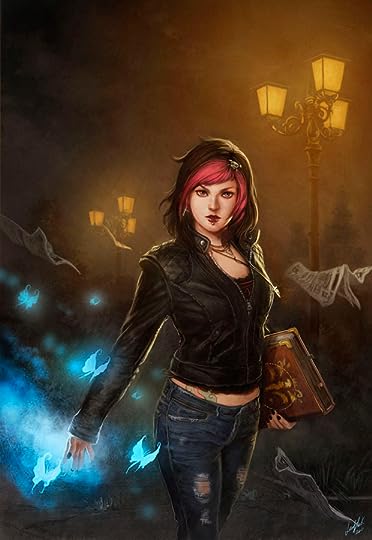 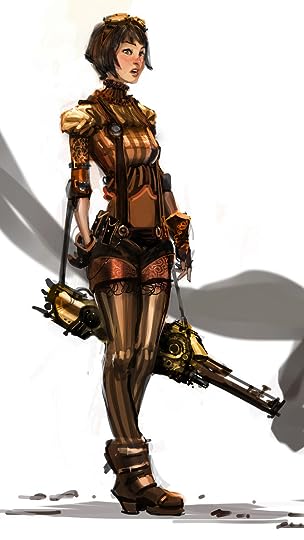 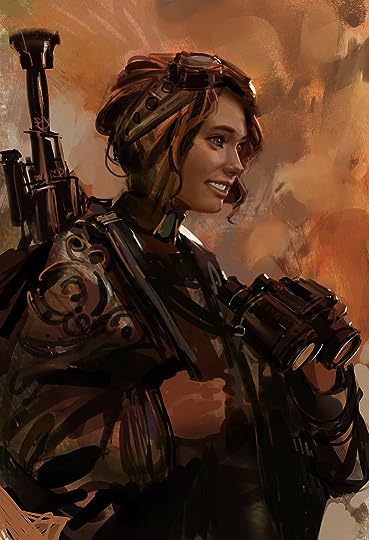 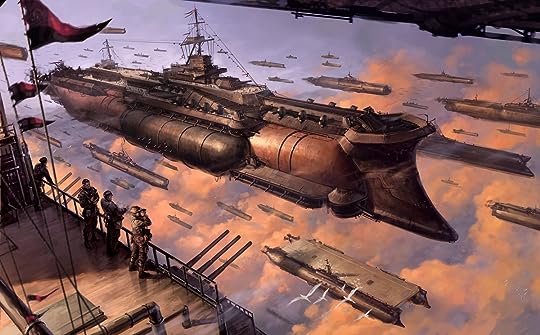 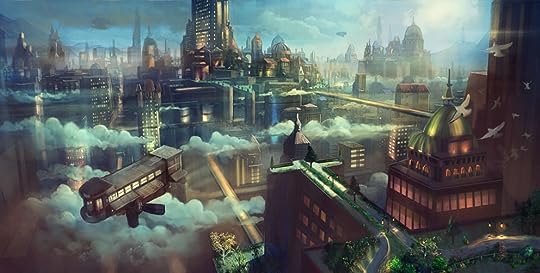 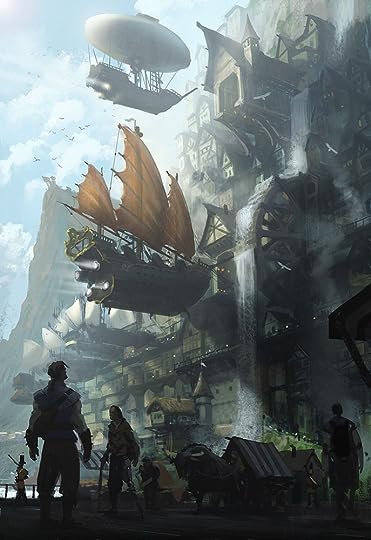 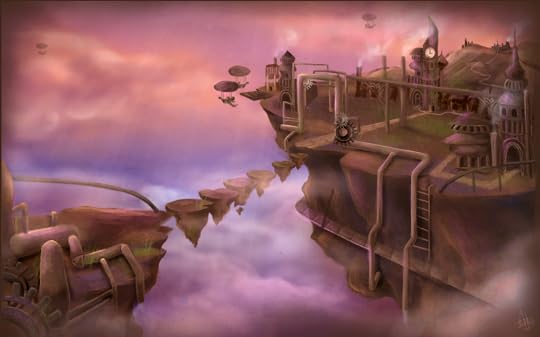 We could have this love triangle perhaps, where either it's the wizard and witch are a couple, but the assassin likes either witch, or wizard, depending on gender..

Or we could have two assassins, which the people playing as the wizard and witch (view spoiler)[ or it can be wizard and wizard, or witch and witch (hide spoiler)] take turns being an assassin. 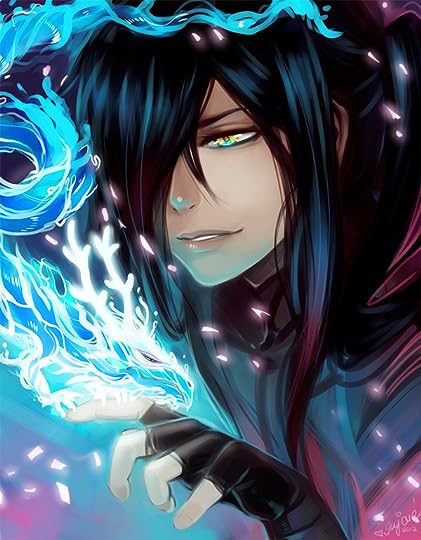 [Personality] Levi is courageous, and ready for any fight. He doesn't exactly like seeing people get hurt.. unless he's protecting that person from harm and he needs to kick some butt, he's up for it.

[Skills and Abilities]
- Atmoskinesis -
Levi can create and control all four elemental elements. Fire, Water, Air and Earth.
- Basic Runes -
Levi can use the following, and he activates them using a rune pen. 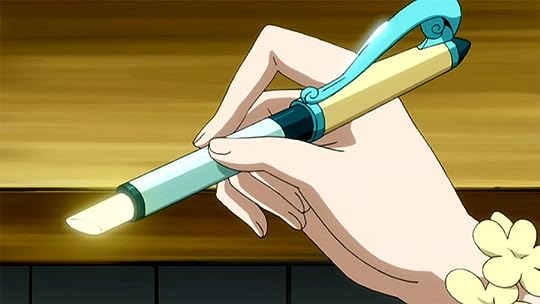 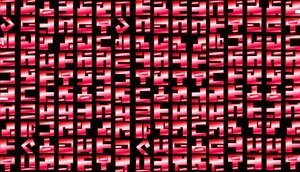 Awesome! I'll work on my today! My two:)

Sorry! Quick question. Is the assassin a male or female.

Up to you! Male would be good, I guess..

Hmm... Okay. One more. Is the assassin going to be falling for the witch? Or wizard?

Sorry for all the questions..

But anything can do!

So a female would be more I awkward

Skill: she is very powerful. She has A purple light that she casts that can control people.

Personality: At least 3 sentences
Lassy is a very kind girl but when she is on the job she is deadly. when she meets someone new she can be a bit sassy and sarcastic. It's like a little test. She loves it when people call her Lassy. But when they somehow know her full name (which she never gives out) she blushed like a maniac.


History: At least 3 sentences as well.

Lassy was raised by her brother who recently died . Her mother and father both died.. She was way younger then her brother. When she was born he was 16. Lassy killed her mother by birth. He dad couldn't handle the loss and killed himself
Family:
No one now. She used to have a brother, Eilliam who was killed. Her parents also died.


Levi strolled around the streets of Silas city, looking around as he headed for his usual hangout spot, a cosy shack near the countryside. Upon arrival, he pushed open the door and spotted his friend Gwen and went over to her.


(( just call the witch Gwen and the assassin Lassy.. Sorry))

"Hey Gwen! You having trouble?" Levi asked, his light pen in his hand as he began to draw in the air, the runes appearing before him and as usual, he could understand them.

"It saps energy, you know." Levi teased her by making a little water rain down on her, then he used some wind to be a little ticklish.

"I know you can. But you wouldn't." Levi grinned, winking at her. He was feeling a little bored today.. well until he heard the alarm bells outside.

assassins have been dispatched. Be on the alert.


"Holy shit." Levi grabbed Gwen's hand, dragging her out the back way hoping he wouldn't be pursued by any assassins. He did see a shadow running after them though.


Gwen gasped. "Levi..." She sighed. Then her hand was yanked back. She cried out. And soon had a knife to her throat.

"Let my friend go." Levi said in a hard voice, his light pen not with him because he knew there was not enough time to draw runes. Instead he simply focused on whatever skills he had and fire appeared on his hand, and his other hand had water in it.


Gwen twirled her finger lifting Lassys fingers from her throat.

At that opening, Levi activated a simple rune that would stop time for a moment and during that opportunity, he pulled Gwen out of the way and was now between the witch and the assassin when time continued again.

"I have been called many things but never stupid." Levi narrowed his eyes, determined to protect his friend.

"Just a minute.." Levi slowly and carefully drew some runes which activated almost instantly, and they created some sort of barrier to which Levi hoped Lassy didn't know how to repel using assassin gadgets. Then he turned and ran.

"You okay?" Levi asked Gwen, worried about his friend. He actually thought of her more than a friend but he didn't say so.

Gwen nodded. She wrapped her arms around him. "Thanks for helping.." She whispered. She liked him so much. But he never really have her all his attention.