AT LEAST 10 long sentences in total for history!

AT LEAST 10 sentences in total for history!

{Valery Sif Era - completed - is also a hybrid, but she's taken her side with the Lenida. https://www.goodreads.com/topic/show/... }

This template is brought to you by￫ܫ￩αωкωαr∂ ρστατσ {gryƒƒiท∂σr нσυsє}. (view spoiler)[ Any part of this character{neglecting image} is of my own thought process and may not be used. All gifs and dividers are not mine and may be used to your heart's desire. If you would like to use my template, no permission is required, but credit must be given. Thank you :) (hide spoiler)]

[¤*“That which does not kill us makes us stronger.”
― Friedrich Nietzsche*¤]

∮Basic Details∮
(╥~Gender~╥) Male
《Derived from xy chromosome》
(╥~Age~╥) 23 years
《Location of Birth:》 Outskirts of London
《Date of Birth:》 December 11th
《Time of Birth:》 Around 9:00 a.m., but one cannot be certain
(╥~Astrological Affinity~╥)
《♐Here we have the philosopher among the zodiac signs and meanings. Like the Scorpio, they have great ability for focus, and can be very intense. However, they must channel their energy or they will waste time and wear themselves out going in too many directions at once. They are not very patient and expect quick results. However, when encountered with failure they make extreme comeback's often against incredible odds. They make loyal friends and lovers, but they do not handle commitment well as they refuse to be tied down while chasing philosophical pursuits. 》
(╥~Species~╥) Hybrid
《Allegiance: 》 None
《Rank:》 He is just a citizen-almost like a mortal... y'know, with immunity to the disease and the ability to create small amounts of magic...

[¤*“The important thing is not to stop questioning. Curiosity has its own reason for existing.”
― Albert Einstein*¤] 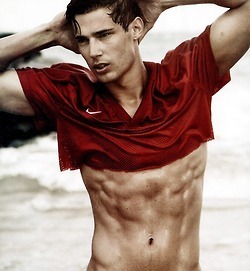 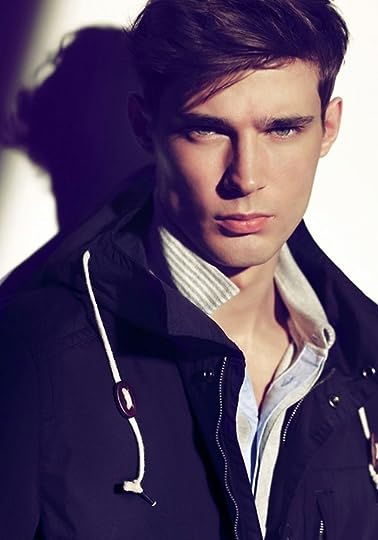 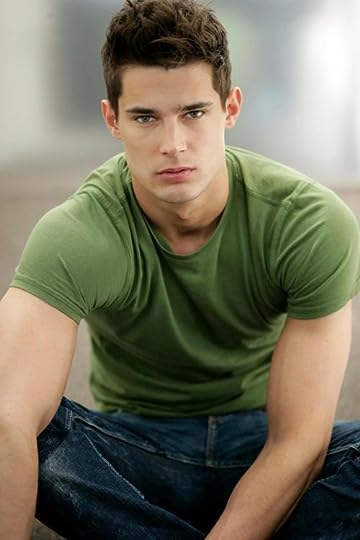 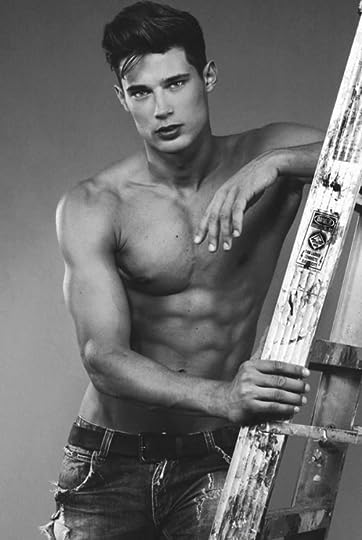 (hide spoiler)]
(╥~Anatomy Details~╥)
《Hair Details: Dale has a head of thick dark brown waves that fall into his eyes if he doesn't use a simple spell to keep it up.》
《Eye Details: Dale's eyes are a soft green that hold a touch of sadness on them, masked by their bright curiosity. His eyes are framed by dark eyelashes and many have said his eyes tell his secrets. 》
《Body Details: Dale is not by any means "small" or "thin". He has chiseled muscles, and has height-he stands at 6 feet and 1 inch. Dale weighs roughly 167 pounds of pure muscle-his hard work of heavy lifting keeping him in shape. 》
《Markings, Scars: Has a small scar on the inside of his wrist resembling an oddly shaped star.》
《Clothing Details: Being a common citizen, Dale dresses in very simple clothing that is often much too cold consisting of a loose white shirt, dark, loose pant, and worn leather shoes.》

[¤*“All I ever wanted was to reach out and touch another human being not just with my hands but with my heart.”
― Tahereh Mafi*¤]

∮Personality∮
(╥~Curious~╥)
《Dale knows no boundaries when he has found something hopelessly intriguing. He has a desire to know and understand the world around him, which his perhaps the reason why he needs to know about his powers. Dale is not found of mysteries as the tend to make him mad and frustrated to know the answer. Dale asks a lot of question, so don't be surprised if even asks you why your favorite color is so.》
(╥~Lonely~╥)
《Dale has never known his family, and has never had any close relationships with anyone. He is often trapped within the walls of his mind, with no-one talk to, and no-one to love. Dale wants friendship, but is rather awkward around others-he is quiet and kept, unless he wants to know something.》
(╥~Strong~╥)
《Dale is strong physically, but not mentally. He works hard for the body he has, but his mind is chipped and cracked-not totally sane. Dale can swiftly lift heavy loads, and isn't bad athletically wise, but he lacks a proper mindset, meaning he has tendencies to black out and can fall in and out o depression.》
(╥~Observant~╥)
《Despite his mental stability (or lack thereof), Dale is very attuned and watchful of his environment. Dale can sense the mood around him, and can also detect small, barely perceptible movements and interactions. He can easily tell if any part of his environment has changed, and can also notice slight differences in those around him. Dale can also see a lie written plainly on people's faces. 》

(╥~Bears Malice Toward~╥)
《People who question his stability, and himself in general》
《The stupid plague that drifts around, even though he cannot get it》
《The answers he can't uncover》

[¤*“There's a fine line between genius and insanity. I have erased this line.”
― Oscar Levant*¤]