Deep within the mountains coated over by mist lays a town hidden from view of any mere human. The town is home to us differents, people who posses unearthly and inhuman abilities. These people are the Elementals, gifted with the power to control one out of the four elements. Of these elements, there is fire, water, air, and earth. And, contrary to popular belief in all books, movies, and social media, they carry hatred toward each other dating back centuries and centuries. It used to simply be fire against water and air against earth- now, it has infected the courts every way around.
And it’s only getting worse as time goes by.

Every year, there is what we like to call a Masquerade Celebration that lasts for a month. This custom was started in order to try and break down the barriers between each court. Decorations cover the town to expand the festive mood. During this time, any Elemental younger than 17 is sent to stay with a relative out of town since this is the age they begin learning to control their powers. A mask is required while out in the town during this month. It has become known for the couples created- in fact, most teen Elementals’ parents met during their Masquerade Celebration.

Each division of the Elementals also has both one guy and one girl Elder. These Elders are the people who have been chosen as a means of peaceful communication between the divisions. Occasionally, there will be a relationship between the two Elders, but it doesn’t happen often. It has never been known to happen between two Elders in different courts. No one is quite sure how it is done, but when an Elemental becomes an Elder, somehow the aging process slows down. The eight current Elders are hundreds of years old by now, giving them time to have practiced becoming stoic and indifferent to the dramas surrounding the Elementals’ courts. It is mandatory for at least one Elder from every division to attend the Masquerade Celebration, though most of the time their attitude toward it is indifferent.

Here's a picture to go along with the plot 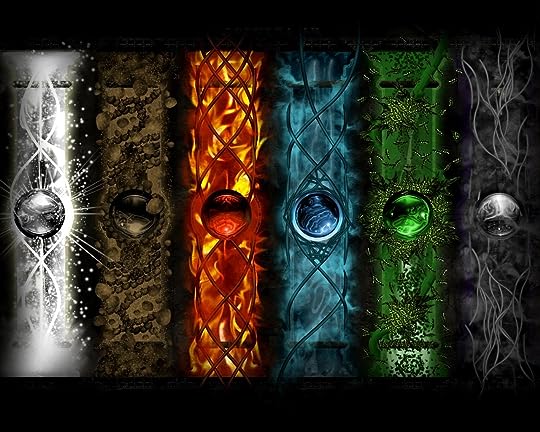 =3 It sounds like it could turn out to be really fun! So are we each going to play a couple charries each and see how it plays out? Or did you have something in mind?

Hmm probably play a couple of characters. Unless you prefer to just do doubles and not more then that.

I'm fine with anything, as long as you're comfortable with it =)

^__^ Okay! So three charries each? Are we each going to make one elder and then two teens?

Hmm do want to go with that perhaps?

Sure I don't mind

Sorry I posted this late. I've been very busy today.

It's totally fine ^^ I've been busy too. So should we start on charries now? =)

Sure thing. Just telling you I won't be online tomorrow.

Sorry but were you suppose to create yours first? I forgot.

Ah I guess so? Aha I'll just go ahead and create mine first then ^^"