Hey, so what kind of role play do you want to do? Have any ideas?

Yeah, but it will take me a while to type up, so please wait...

There was a boy and a girl who both had illness, so in High School they were put in a class together. They then become really close friends and the girl falls for him. He doesn't notice though since his head was too thick to notice. She plans to tell him that she loves him, but then one day in the summer the boy has a stroke and she finds out by a phone call from one of her friends and runs to the hospital which is on a hill in the nearby hills outside of the city. She then hears a voice in her headphones who sounds like herself and tells her she has 30 minutes to get to the hospital to save her life and his. She runs as fast as she can to get to the hospital... Will she make it in time?

Sorry it just took me time to write this plot....

Oh I like it! Awesome idea
Do you want to be the boy or the girl?

Can you make your character first? 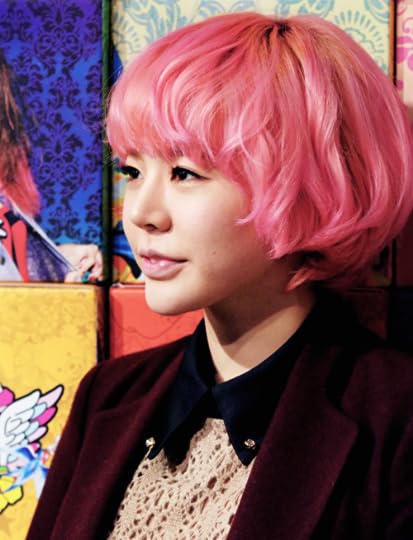 Disease: Takane has a disease which caused her to lose consciousness for no reason at random times.

Personality: Takane was ranked second in the country on a game called 'Dead Bullet -1989-' under the name of "Ene Headphone Actor" and often stayed up light at night playing it. She is embarrassed by it and thinks people will hate her if they found out she did this. This caused her often to have a bad-tempered personality. She is normally glaring at people and is moody. She is timid sometimes and usually leads to her pinching his cheek. She is always wearing headphones even if they are plugged in at all.

History: She grew up with a disease which caused her to randomly lose consciousness for no reason at random times and it caused to be irritated and she has no friends because of it. She is always sleeping even if she sleeps for 12 hours she still sleeps a lot. She is very smart though and calculating. She can be very bitter though. She is a big gamer though. She also can be nice and kind sometimes. She is nice when she has to, but say the wrong words and she with give you a death glare.

((Can the boy be kinda like an air head and is kinda the opposite of Takane.))