Mod
Here I will post about the advanced technology, health, etc.

As you may know that in this role-play it is the time period of 2049. That also means the apocayplse started at 2013 and has been going for about 36 years now. Surprisingly, even during a apocayplse, the intellegence has increased and the health and economy has gone better 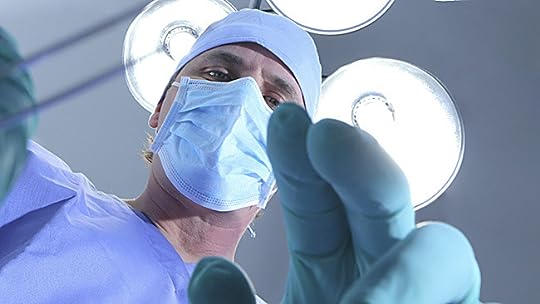 Health has increased significantly. Birth has gone way less painful, infact, it is almost not painful at all. Surgeries are about 13.45% less dangerous and more successful than the time now. Any infection like AIDS or STDS are no more. There is a certain vaccine that is inserted to the new born baby. The vaccine contains a cure for almost all diseases, besides the one for overcontrol one of course. The only known cancer that does not have a surgery or cure is about 3 of them or 4. Most cancer has a simple but fairly dangerous surgery.

Birth is very painless unless your a mutant. Due to the extreme population downgrade, Birth was the first health subject to become accomplished. The goal at first was to make birth less painful, after that they made a larger chance to have children, than after that they made it so the baby won't die before or during the birth. The birth is now done by 'phasing' the baby out or making it go through the uterus by literally making the baby go through the mother with no esphagus tube attached. There is a special medication gave to the mother that will allow the baby to go through the mother's body. Basically it is like a temporary phase through walls medication. If you are a mutant though, your mutant dna, which is a strong thread of dna that goes through out the mutant's body is also attached to the new born. To cut the dna string between the mother and the baby is very painful and dangerous, though about 97.1% of mothers survive the process. It is also basically like feeling your soul rip out a little or giving birth in 2013. Also most people or extremely fertizlied, which means that they will most likely have a baby unprotected.

The vaccine is very effective, for you only need it for about 3 times your life, or 2. It is first given at birth, than at age 50, than at age 100 and on and on. It also means that the vaccine lasts for about 50 years. The vaccine takes care of any diseases that are common or dangerous in real life, some examples are being the flu, common cold, AIDS, HIV, STDS, and more. It also takes care of any known viruses like the west nile or swin flu. There is also once for animals that lasts about 45-40 years, depending on the animal. Cancer is a very rare thing now. Almost any cancer is cured by a new type of surgery, though is now very rare to earn it. The surgery is though fairly dangerous, though is life saving. The only cancer types that are not curable for now are 3-4 rare or uncommon ones.

Education is changed, mostly on age. Now education is taught more faster and at younger age. Kids will go to school at about age 4-5 now, unlike before which was about 5-7. They go straight to pre-kindergarten than go on and on. Once they are in the last grade, 12th grade, they will be about 15-16 years old at graduation, Children will also be able to go the college at age 16-17, making more years of life available. Children can also get married at age 17, due to the extreme population downgrade. Education is free, meaning there is no private schools, no college funds, nothing. Teachers get paid more higher than before and are one of most paying jobs for citizens. There are about 3 specific colleges, 1 elementry school, and one high school (middle and high are mixed together).

After about years of research, animals have gone more intelligent by 34.12%. The most intelligent animal so far is the border collie dog. Not only has the intelligence increasingly changed, but most animals and wild animals are tamed. Few animals that are not tamed are pigeons, doves, raccoons, and bears. Animals that are tamed are about 13.5% more intelligent than a household cat in 2020. Animals like tigers, wolves and more are very common to BEE soilders for they are used a lot in the city. Animals have not changed their look at all and most animals are common. Many animals can be found outside the city as during the 2031, the overpopulation of animals occured and many out of each species were set free. Now because of the fertile animals, many animals roam alive outside the walls. Animals also will not attack humans outside the wall as they are taught not to. Animals though do not attack overcontroled, they infact run away from them to avoid infection.