I loved this book! It was amazing and it has to be one of my favourit books now.
I heard about the movie and I am super psyched! I've totally been stalking it on facebook.

But who would you like to see as Cassie, Evan or Ben?
For me it would have to be...
Ben: Brett Dier or Chris Sheffield. (Ben is supposed to be a blond, right? Somehow I got that into my head)
Evan: Shane Harper (but maybe he would be too young. He could even be a good Ben, maybe), Ben Lamb or Ryan Guzman (he has to be my favourit. if you're not convinced by his picture on iMDb then see him in Pretty Little Liars season 4. then you'll see what I see).
Cassie: Saoirse Ronan (pronounced Surshah, just FYI), Shailene Woodly, Dakota Fanning (NOT Elle Fanning) or Katie Chang. Maybe even Teresa Palmer.

agreed. but with curlier hair I guess since that's how they described it in the book

I think Katie Chang would be great for Cassie, especially with curly hair!

But what do you think about the Ben and Evan picks?

agreed. but with curlier hair I guess since that's how they described it in the book"

Paigetwo *Caitlyn* wrote: "You should post pictures of these people..." 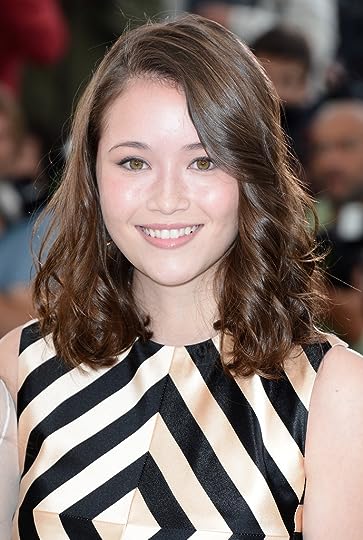 Dakota Fanning would be a badass Cassie.

The guy they have from Ben is perfection

I don't really like the guy they cast for Evan. I thought he'd be younger. I don't know. He looks really... severe(?) in that photo.

Camille wrote: "I don't really like the guy they cast for Evan. I thought he'd be younger. I don't know. He looks really... severe(?) in that photo."

I agree...I don't really like who they picked for Evan OR Cassie. Too bad.

Emma Jane wrote: "Camille wrote: "I don't really like the guy they cast for Evan. I thought he'd be younger. I don't know. He looks really... severe(?) in that photo."

Yana wrote: "Officially Chloe Grace Moretz has been cast as Cassie, but I think Holly Earl or Aimee Kelly would be better.
Aimee Kelly: https://www.google.co.uk/search?q=aim......"

Agreed, when I read the book I was actually picturing Brenton as Ben!

Anyway, I'm actually really happy about Chloë being Cassie. She's one of my favorite actors, and I know she'll play the character well.
And for Evan, I'm not too sure... we'll just wait and see...

The 5th Wave (other topics)