This topic is about Antony and Cleopatra
100 views
ROMAN EMPIRE -THE HISTORY... > INTRODUCTION - ANTONY AND CLEOPATRA - HF (SPOILER THREAD)

Mod
This thread is the introductory thread for Antony and Cleopatra by Colleen McCullough. The History Book Club has covered every book in this series. This is the last book in the series and this is considered Historical Fiction.

The remainder of the books are housed in the folder devoted to Roman History. Here is the link:
http://www.goodreads.com/topic/group_...

In this breathtaking follow-up to The October Horse, Colleen McCullough turns her attention to the legendary romance of Antony and Cleopatra, and in this timeless tale of love, politics, and power, proves once again that she is the best historical novelist of our time.

Caesar is dead, and Rome is, again, divided. Lepidus has retreated to Africa, while Antony rules the opulent East, and Octavian claims the West, the heart of Rome, as his domain. Though this tense truce holds civil war at bay, Rome seems ripe for an emperor -- a true Julian heir to lay claim to Caesar's legacy. With the bearing of a hero, and the riches of the East at his disposal, Antony seems poised to take the prize. Like a true warrior-king, he is a seasoned general whose lust for power burns alongside a passion for women, feasts, and Chian wine. His rival, Octavian, seems a less convincing candidate: the slight, golden-haired boy is as controlled as Antony is indulgent and as cool-headed and clear-eyed as Antony is impulsive. Indeed, the two are well matched only in ambition.

And though politics and war are decidedly the provinces of men in ancient Rome, women are adept at using their wits and charms to gain influence outside their traditional sphere. Cleopatra, the ruthless, golden-eyed queen, welcomes Antony to her court and her bed but keeps her heart well guarded. A ruler first and a woman second, Cleopatra has but one desire: to place her child on his father, Julius Caesar's, vacant throne. Octavian, too, has a strong woman by his side: his exquisite wife, raven-haired Livia Drusilla, who learns to wield quiet power to help her husband in his quest for ascendancy. As the plot races toward its inevitable conclusion -- with battles on land and sea -- conspiracy and murder, love and politics become irrevocably entwined.

McCullough's knowledge of Roman history is detailed and extensive. Her masterful and meticulously researched narrative is filled with a cast of historical characters whose motives, passions, flaws, and insecurities are vividly imagined and expertly drawn. The grandeur of ancient Rome comes to life as a timeless human drama plays out against the dramatic backdrop of the Republic's final days. 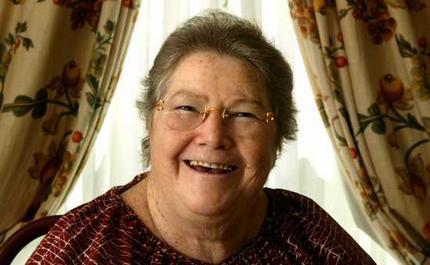 Colleen McCullough was born in Australia. A neurophysicist, she established the department of neurophysiology at the Royal North Shore Hospital in Sydney, then worked as a researcher and teacher at Yale Medical School for ten years. She is the author of the record-breaking international bestseller The Thorn Birds as well as eleven other novels, and lives on Norfolk Island in the Pacific with her husband. 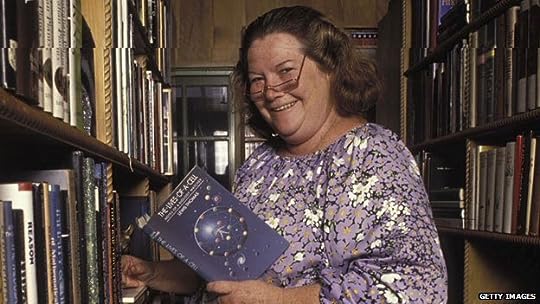 The popular writer was most well known for her sweeping family drama, The Thorn Birds, set on a remote sheep station in outback Australia.

The book, which sold 30 million copies worldwide, was sold for a then-record $1.9 million and a miniseries, starring Richard Chamberlain, Rachel Ward and Barbara Stanwyck became one of the most watched of all time.

But The Thorn Birds was just one of the many books McCullough wrote in a career spanning four decades.

Her first novel, Tim, written in 1974 tells the story of the relationship between an older woman and a younger, developmentally impaired man.

It too was dramatised and became one of actor Mel Gibson's first films.

McCullough continued to write in several genres, producing books including An Indecent Obsession, Morgan's Run and The Ladies of Missalonghi.

But it was her seven-book, intensely researched, historical series Masters of Rome, that won her much acclaim, including plaudits from politicians including Bob Carr, Henry Kissinger and Newt Gingrich.

Her final book Bittersweet was published in 2013 and she had been working on a sequel when she died.

Born in Wellington, New South Wales, McCullough spent most of her childhood in Sydney.

Her mother Laurie was a New Zealander of Maori ancestry and her father Jim was an Irish immigrant who worked as a cane cutter and spent long periods away from the family.

She taught herself to read by the time she was three.

Speaking on Radio National's book show a few years ago, McCullough spoke of how she started writing, buying a typewriter with money given to her by her mother for a much-needed overcoat.

"So I went to town with the five pounds to buy an overcoat, and I saw a Blue Bird portable typewriter for five pounds so I bought that instead," she said

McCullough studied at Holy Cross College Woollahra, excelling in science and the humanities, before studying medicine for a time at the University of Sydney.

An allergy to surgical soap put an end to a career as a doctor.

She worked as a neuroscientist at Royal North Shore Hospital in Sydney, before taking on a researcher role at Yale Medical School where she worked for 10 years.

It was at Yale that she began to write and also where she wrote Tim.

On returning to Australia, McCullough moved to Norfolk Island and married Ric Robinson in 1984.

She was the portrait subject of Wesley Walters' Archibald Prize entry and was also awarded the Order of Australia for "service to the arts and to the community".

Opposition Leader Bill Shorten said in a statement that her impulse typewriter purchase had "immeasurably enriched the literary landscape of our nation and the world".

"Colleen has written her final word but she lives on in bookshelves and libraries around the world - and in the hearts of all who loved her," he said.

"Colleen's family and friends have our heartfelt condolences."

Publisher HarperCollins Australia said on Twitter her contribution to Australian writing and to readers around the world had been "immense".

"She was one of the first Australian writers to succeed on the world stage," HarperCollins Australia publishing director Shona Martyn said.

"Ever quick-witted and direct, we looked forward to her visits from Norfolk Island and to the arrival of each new manuscript delivered in hard copy in custom-made maroon manuscript boxes inscribed with her name!

"We will miss her dearly."

Mod
Thanks for posting this, Teri. What a wonderful author she was! This series contains some of my favorite books. I learned so much about Rome from them. Her appendices, glossaries and maps are great.