The fey bring humans over for fun, they like humans who works in music. Humans dont age when they are brought into the fey world

Name:
Age:
Gender:
Looks:
Personality:
How long have they been here:
History:
Why were they chosen to be brought to the fey world:
Likes:
Dislikes:
Others: 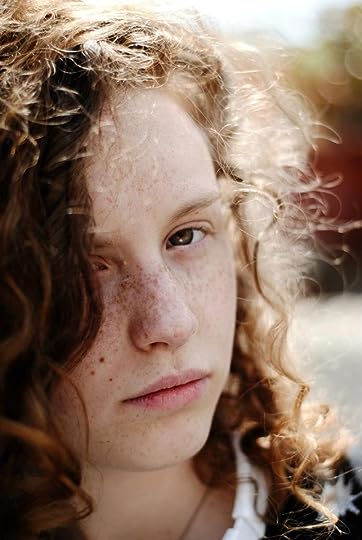 Eliza has freckled skin and curly brown hair which she finds hard to keep under control for the most part.

Personality: Observant and curious, she's more of a thinker and a watcher than a talker. She'll make a hearty companion on any journey as she doesn't complain much either, preferring to listen to others' plights and advise if necessary. She can be judgmental but again, she keeps it to herself. She can be rather insecure of herself and her abilities.

How long have they been here: About two weeks though it's a bit tough to get used to.

History: She grew up with her artistic aunt in a flat in a major city. She had the musical talent from the beginning and was home schooled while leading an unconventional lifestyle with her aunt (her parents had both passed at different times when she was much younger). One day, she came home to find the apartment empty and a note from her aunt saying she was on a 'trip'. Assuming nothing of it, Eliza went to bed and awoke in the fey world. ((Is that accurate or does it work another way?))

Why were they chosen to be brought to the fey world: She has musical ability which they enjoyed.

Dislikes: Not being able to get in contact with home, the coldness of the winter fey, the mischievousness of the summer fey and the ever present danger.

Others: She very much enjoys the fact that she has high quality instruments here as well as others she's never seen before so she teaches them to herself and creates songs up with them. She plays the piano, flute and violin (so basically, the classics).

Good, and she could have gotten there that way. They could have taken her in her sleep so approved!

Name: Charlotte
Age: 16 (but she been in the fey world more than 50 years)
Gender: female
Looks: Charlotte is a short red head. She has small ears with the fey hate but she loves. Her hair is dyed ice blue with flecks of pink in it. She wears dresses. Her favorite dress is a shortish golden sundress
Personality: She is sweet and cheerful, and loves to bring a smile to anyone. She will always see the good in things and wont back down from what she believes in even when she should. She has a big mouth hat gives her trouble
How long have they been here: 50 years
History: She had a good life in the human world but she was to be marry to a guy she never met. It was her family did, she hated it but never said a word. She would sing and paint to take her mind off of the world. That what got the fey to like her, her art was amazing to them. So they ask her to come with them, thinking they would help her she followed
Why were they chosen to be brought to the fey world: Her singing and painting
Likes: Painting, singing, art, and music
Dislikes: That the fey cant not lie, and how the fey seem to have no feelings
Others: