SOCS
Socs have more money, nice clothes, nice cars, nice material items. But like the Greasers, they have family problems. 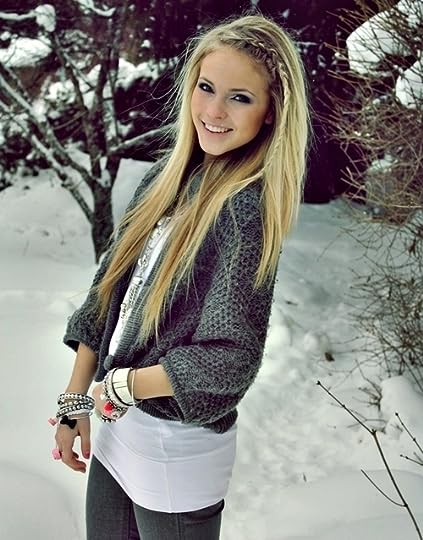 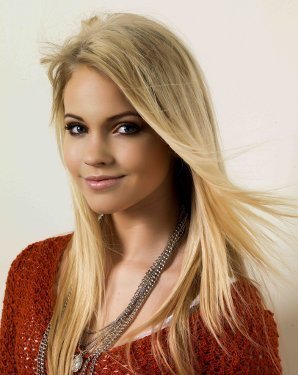 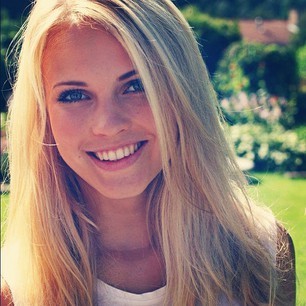 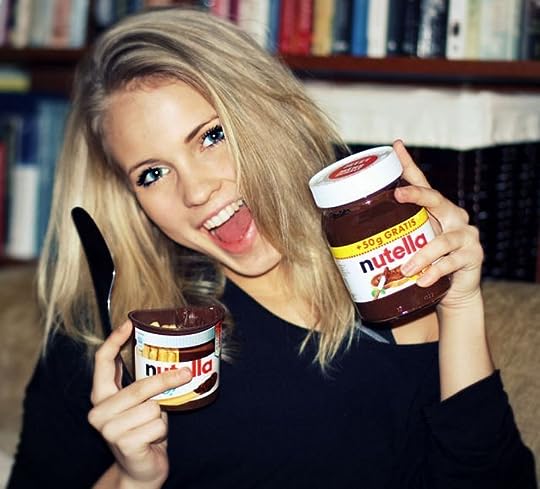 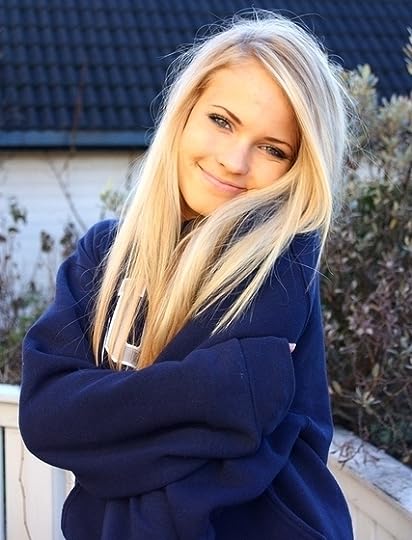 Amnesty's grades have always been the highest in her class, due to her overly-obsessed parents. She spends a lot of her time studying for tests that she'll be taking the year after just because she can, or is, rather, forced to. She loves to correct people when they first meet her, as they usually think she's a complete airhead. Amnesty is unintentionally a teacher's pet, because, well, she's just a little brighter than the other students. She loves learning new things, whether they be book smarts or street smarts, and she's an insanely fast learner.

Erm, You Wouldn't Mind Picking That Up For Me, Would You?

Despite her many prideful qualities, she's quite clumsy. She'll occasionally bump face-first into a pole or a door frame, but she tends to drop her schoolbooks more. Her parents are this close to buying her a little servant to hold her things so she won't drop them. Amnesty has had her fair share of spilling drinks over cute guys, but for some reason this never works out against her.

Aside from her obvious intelligence, her sarcastic nature is what makes her known throughout the community. She's a bit of a smart-aleck, and her tongue is just as dangerous as a rifle. She always has to have the last word, and if she doesn't she complains for days.

No! They're just my friends, I swear!

Amnesty's best friends are the guys she goes to school with. Sure, sometimes they could be jerks, but they were sweet and she liked them. Of course, she's one of the few girls willing to hang out with the guys for their friendship, and not just what's in their pants. She hates when people ask her if she's hooking up with one of them because she has never and will never think of them in that way.

Oh, it's no problem!

Amnesty is the type of girl who is willing to go out of her way to help. She'll do it with a smile, simply because it makes her feel useful. She'd even hide a body for someone if they asked. Well...Maybe.

Amnesty is extremely innocent and modest, as she's never experienced the greaser part of life. Well, maybe innocent is a bit of an exaggeration. Despite the fact that she's been through a lot, she can look quite clueless to the naked eye. She makes an easy target as a 113 pound girl, and her light clothes and ditzy blonde hair don't help the appearance. But like I said, she's modest, honest and sweet, which makes her the perfect model for what a Soc girl should act like.

Amnesty is a Soc after all; who can classify someone as rich without mentioning it? Amnesty's step-father is a politician, while her mother is a neurosurgeon who works fourteen hour shifts. She could hand out money to every greaser living in her city and still have some left over. Because of this, most assume Amnesty is a spoiled little girl with a weird name. In reality, she hates having her parent's money define her, but she can't leave because it pays for her schooling. One of her favorites quotes is "Don't Judge A Book By Its Cover", because it applies to her, as much as she wishes it didn't need to.

Everything happens for a reason...

Amnesty used to hate her name. To her, it did not represent justice. She spent her childhood coming up with new names for herself; normal names like Sarah or Claire. But her life would not be normal, so why should her name be?

Amnesty's father was quite fond of the alcoholic beverages. Well, perhaps fond is a bit of an understatement. He was an alcoholic, and if Prohibition taught us anything, it was that bad things happened under the influence, but it didn't go away if the alcohol was subtracted.

Born in Limerick, Ireland, Amnesty was troubled. Her father, who was inevitably the town drunk, was not a nice person deep down under. While Ness went to school battered and bruised, he knocked a few back and turned blue to black. But Amnesty is grateful, because her mother had it much worse. Not only was she beaten, but every night for months she was was forced to do "the sex". So while the four children cowered from their father, Daddy Dearest was causing the collapse of the McNally's.

When Amnesty was eight {8}, she moved to America, and her father had sobered up enough to get a good paying job. Needless to say, she made friends, and because she lived on the richer side of town, she was friends with the richer people. She never had too many friends because most believed her to be spoiled, but she was in fact the opposite. But the friends she did have... they noticed something was wrong too. Even after her alcoholic father quit drinking, he didn't stop showing his family who was in charge.

This went on until Amnesty was thirteen {13} and her father went binge drinking after being sober for years, and he died of alcohol poisoning. At least, that's what the autopsy report said. But Amnesty and her family know better. It was one of the five's fault, and though no one has openly suggested this, they all know it was Amnesty.

Now, her mother has remarried, and the family is struggling to keep the secret buried and still look whole. The truth is, since then, every single one of them has a new secret.

Only you can change your future...

Relationship- Single
Other- Her Irish accent is faint now, but it's still very obvious.

Nicknames: Edie, Eda, Rosie. If you call her any of these; and you're not a close friend: be prepared for verbal execution. [☠]

✥ The name, Eden, means, 'place of pleasure, delight,' and is from German origin. It is pronounced as: |Ee-dun.|

Personality: Eden is a truly perplexing person: mainly because no one has gotten to see the real her. She's always reinventing herself, coming up with new personas in hope that the fragile Eden will never be discovered. She doesn't take disputatious attitude from anyone, and can be annoyingly sassy, but would act cloyingly sweet if she felt like it. Contrary to her popular belief, Eden is quite naive; although she'd never reveal that to the public. She's not a clingy flirt, because Eden solely believes that men like to catch their prey, not have it fall at their feet. She's an expert at playing hard-to-get, and can literally ignore you to the point where you'll question your own existence. Despite the vicious rumors about her sleeping around under the bleachers; Eden is anything but a slut. She's narcissistic at times, and won't stray from admitting it. Eden is an expert at shattering awkward silences, hence her being a bit too blunt for other's likings.

Eden has been notoriously dubbed as, a 'temptress,' which she thinks is totally ridiculous, because what's wrong with having a little bit of fun? On the outside, she's regarded as the, 'pretty, ditzy snob.' It's sad to think that no one knows the truth.

Even though Eden has done well to keep up the demeanor that she's awfully proud, and constantly self-righteous, that's far from real. Eden struggles with her own issues, such as battling her constant need for perfection. She's a genuinely amiable person, but she knows that the real world is harsh; so you can't always be kind. In fact, sometimes, you have to be a wiseacre bitch, and Eden plays that part perfectly.

Another significant aspect of Eden's personality is acting. It's not so much the idea of manipulating people that intrigues Eden, but more of the fact that once she has pulled someone into her web of deceit; she could get them to do anything that her heart desires. She can be the definition of careless when it comes to such issues and unfortunately does dire things, before thinking over her actions.

Sure, Eden has partaken in the occasional drunken make-out session, but she's not looking for love. In fact, Eden swears to never fall in love. In her opinion, she prefers being independent, and snappy all on her own. That doesn't mean that if the time comes, she wouldn't want to be in a passionate relationship; but it does mean that Eden is generally petrified of being in a serious commitment, mainly because of the fear of her heart being broken. She puts up a defensive wall before even getting to know a person, because Eden has felt heartache, and she's hellbent on never going through that again.

Truly, Eden is extremely hard on herself and can be rather insecure at times. Her mother yearns for her to be the ideal daughter, so Eden always tries her best to meet her high-notch expectations. She doesn't mind getting down and dirty when she has to; which surprises most people because when they first look at her, they usually think she's the 'prissy' type. Overall, Eden is the seemingly undaunted girl, with a saliently sweet side; that hides a few deep, dark secrets.

Brief History:
The Lancaster family are considered the snobs of the town; and in all reality, they really are, because hell, did you see the size of their townhouse?! They've survived through three generations; in Tulsa, Oklahoma. Oddly enough, you would think that because of her mother's modeling career and her father's fast paced job in real estate--that they weren't a close family, but to the public, they seem rather affectionate. Nevertheless, that doesn't mean that they don't have a few problems. Her father is known to be a bit of a heavy drinker and that has caused quite a lot of household disputes. Eden's mother is a part-time, 'activist' as she calls it, rallying for wars and equality, and whatnot. Her father, on the other-hand, is rarely home; which leaves Eden stuck with her slightly controlling mother. For some reason: she feels the need to tell Eden what to wear, how to act, and what to think. It grinds Eden's gears in the worst way: and honestly, she hardly ever follows her mother's absurd rules; just because of that.
______________________________________________________

Other: Eden is fluent in French.