Personality: Aneko is very strange teen girl. She can be very kind and happy one second then angry the next. Most people try to avoid contact with Aneko. She loves learning about the paranormal. After joining the host club Aneko became good friends with Mori and Honey.

History: Aneko and Emiko were born in the mid afternoon on June the 3. Shortly after their birth the twins parents began to travel leaving them in the care of their nurses and maids. During their early childhood most people couldn't tell who each twin was which so they were always called the Sato Twins. Up until highschool the twins were homeschooled. When the twins were 10 their parents had another baby, a little girl named Sayomi.

Other: Aneko is highly allergic to peanuts

Personality: Emiko is very quiet around most people. She often follows what her sister wants to do but has been known to tell her sister off when its needed. When Aneko is mad, Emiko is the only one who can calm her. Despite her quiet demenor, Emiko is very intellegent.

History: Aneko and Emiko were born in the mid afternoon on June the 3. Shortly after their birth the twins parents began to travel leaving them in the care of their nurses and maids. During their early childhood most people couldn't tell who each twin was which so they were always called the Sato Twins. Up until highschool the twins were homeschooled. When the twins were 10 their parents had another baby, a little girl named Sayomi. 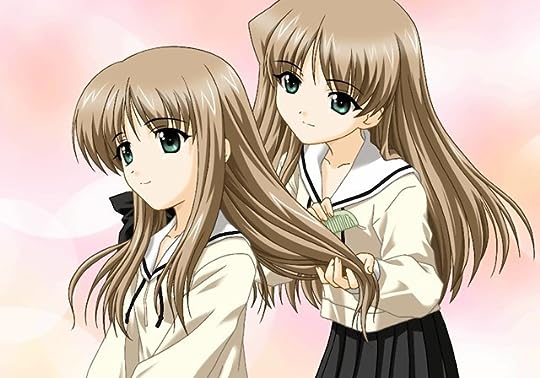 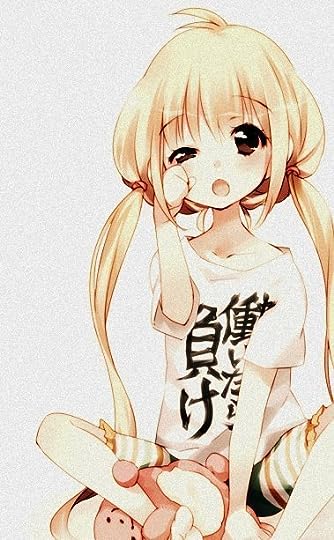 Personality: She is very quiet, once you know her, she will be crazy around you, she also a laid-back person and doesn't care what people says about her, she can be helpful for her friends.

History: Arianna had a tough childhood, her parent always argue and don't care about their own child, Arianna decided to live with her cousin and things were fine after that.

Other: She is new to the Host club 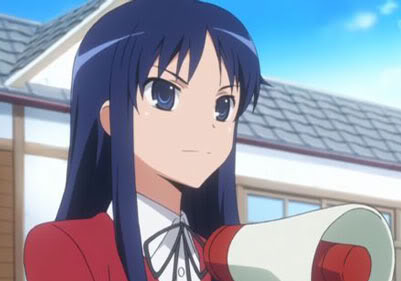 Personality: She's incredibly intelligent and dedicates all of her time to her studies. Due to that fact Kanou has no social skills and has an arrogant and superior air to her demeanor. The only time she see's people is during student council, not that anyone in Ouran knows about it.

History: Her father is one of the most successful cardiothoracic surgeons throughout all of Japan. He expects her to follow in his footsteps and enter into the medical field. From the age of 8 she has been preparing for her chosen fate, this included no screen time or time for friends. Her strict father and all too busy mother led to her becoming unsociable and not able to make friends easily.

Family: She's an only child, her father is a cardiothoracic surgeon and her mother is a published adult historical fiction writer.

Other: She plays both the piano and violin. Her reasons for joining the host club are unknown.

Personality: quiet, calm, polite, shy, really nice, and stands up for others

History: misa has always been the quiet one found alone, its not that she doesnt like people, its just they usually never speak to her. She has some hidden things about her past that you'll find out later

Other: she plays the guitar, violen, sometimes piano, and sings 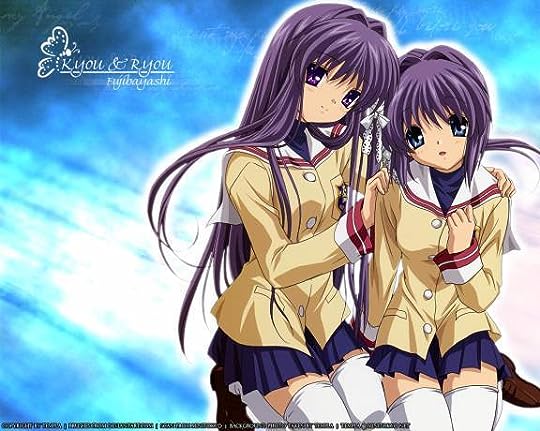 Personality: misaki is stubborn, acts tough, outgoing, nice but can be mean, and is easy to anger

Other: she plays the piano 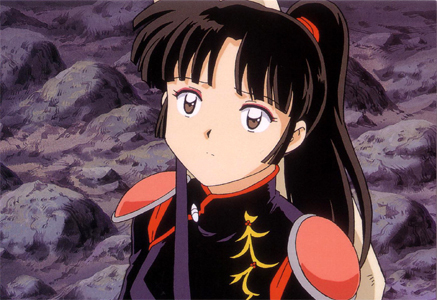 History: That is classified

Family: A little brother and her mother

Other: The only thing known about her past in her mother is the most famous musician in Japan 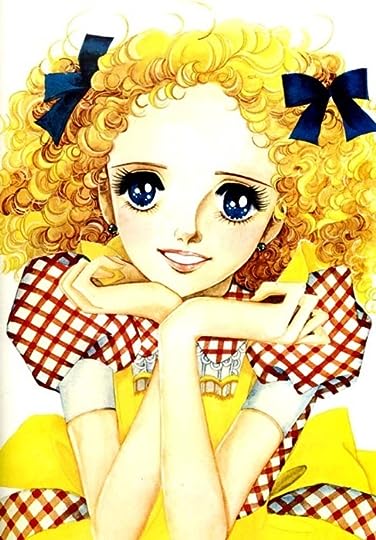 Personality: If there was a word to describe Lamis it would be soft. She speaks softly, moves softly. None of her facial expressions are ever extremely bold, she is almost always well-mannered and quiet. Lamis loves to smile and is generally a happy person, but she does not do a lot of beaming. If people come on too strongly she tends to get anxious, but as she attends a school of well-mannered women it is not usually an issue. Lamis is indecisive and has a real sweet tooth. She gets lost extremely easily, is allergic to bees, and dislikes the rain, so she generally avoids the outdoors as much as possible.
Lamis is very intelligent and despite her calm personality can be counted on to put on great performances, she is also a skilled cello player, and generally great in academics. Lamis does not like to be a burden on others.

Full Name: Terra Grey
Nickname: None as of late 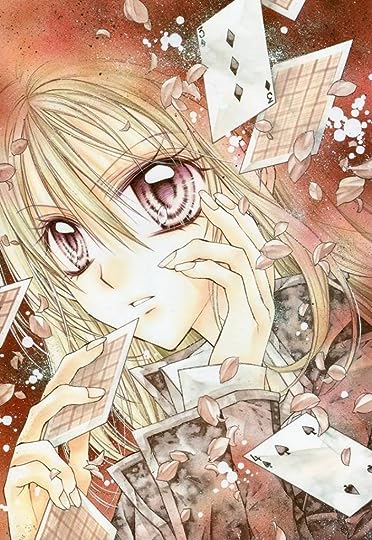 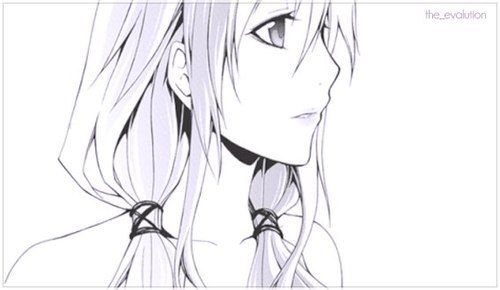 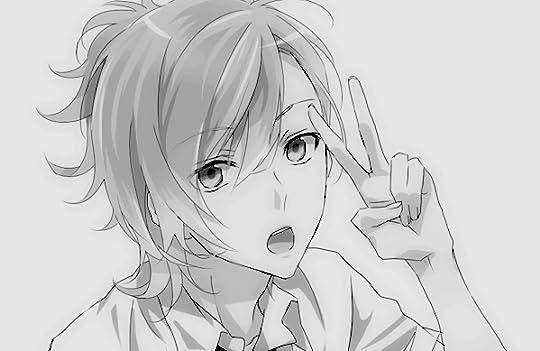 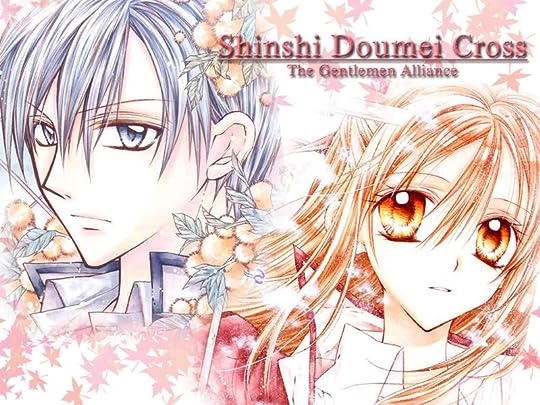 (Ignore the guy...) (hide spoiler)]
Hair Colour: Terra's tresses are a golden, silky blonde. Depending on the lighting, her hair can appear almost a platinum color. But if the sun is catching her locks, it can take on the coloring of molten gold. They are usually pulled back in a loose ponytail/bun, her shorter hairs and bangs hanging freely. When her hair is free, it is a bit short, just barely reaching her shoulders.
Eye Colour: Now Terra's irises are an interesting pair. They are a salmon pink, very prominent and calculating. She has long, thick lashes wonderfully accenting the colored eyes, often seemingly fake; though 100% au naturale
Height: Terra is average-ish height, slightly short, however. Her stature currently stands at 5'6".
Weight: 115 lbs.

Personality: Terra is quite... colorful. Not in a hyperactive sort of way, but in the sense she is able to make slight changes in her mood/personality to suit the people around her. For example: Around the twins, Terra becomes extremely devilish and mischievous. In the company of Mori and Honey, she reverts to a good-natured, happy sort of person. In the presence of Tamaki, she is narcissistic and self-concieted. Around Kyoya... Well, things usually end with Terra insulting him and becoming super silver-tounged. More than usual. And, at last, around Haruhi, Terra is somewhat laid-back and casual; not in the thick of things (or at least not trying to be).

But, Terra is always her sarcastic and teasing self no matter who she is around; but the levels on which she is "friendly rude" are what vary. But under that layer of "excitement" is something much, much deeper. Given her backstory, Terra isn't actually as proud to be who she is as she may so convincingly portray. She's actually quite sad, sometimes seen letting her guard down and woefully staring into space. In a more artistic way of relieving herself of her inner conflict, Terra plays her sorrows on the violin, guitar, the drums, and even her voice.

History: Terra is American, but was born in the United Kingdom. After a love scandal involving the Royal Family, she was sent to America to be raised by her distant relative. Terra's relative raised her strictly on academics, physical education, and preforming talent from such an early stage in her life that the teachings are all she knows since she can remember. But that was the only attention Terra was ever given, never any love or affection. Especially no friends, as she was obviously home schooled. Terra was sent to Ouran because her relative had eventually gotten fed-up with her rambunctious behavior. He shipped her butt off the moment he could, leaving her only with a nanny that's out most of the time.

The fact Terra is an abomination of the royal bloodline, it gives her an undermining feeling of unimportance--like if she dropped dead there would be no one to care enough to plan her funeral. But Terra tries not to let it all consume her. Thus, the story of how she found the Host Club.

On the first day of her attending Ouran, Terra had wandered aimlessly, trying to find something interesting to capture her attention. So far, nothing had even come close to quench her thirst for entertainment. Terra eventually came across the abandoned Music Room--Music Room 3. The Hosts were not present at the time, but she had heard the rumors of the Club. A small smile spread across her lips as she decided she would visit. Though Terra would not be a regular guest. More like an unexpected attendee who would lounge around and chat with the girls, giving advice and listening to vivacious gossipers. Almost like... A guest host.

Family: None to really be proud of... And an only child... Obviously.

Other: Terra is often seen as a prodigy, as she was raised on education of all sorts since practically birth. 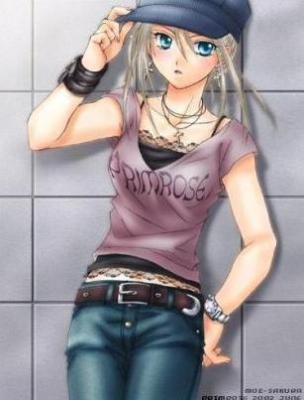 Personality: Sakura is an extremely energetic and cheerful character. She is very athletic, being a member of Ouran's cheerleading squad and an excellent runner, a trait she inherited from her father. She often comes across as naïve, clumsy, dense and clueless, but she has her perceptive moments on occasion.Sakura's optimistic and trustworthy nature allows her to be friendly with everybody, she is very outgoing.

History: Sakura grew up in a house on the outskirts of Tokyo with her father and older brother Toya. Her mother died giving birth to her so Sakura never met her. She didn't know that her father was very rich because he wanted his kids to have a simple unbringing but shortly after Toya's 13th birthday Sakura's uncle, who was controlling the company their family owned, died Sakura, Toya and thier father moved into a mansion. Due to having grown up as a normal city child Sakura still acts like a commoner.

Other: Outside of school she often dresses in a tomboyish style.

Personality: Hannah is shy and easily blushes, she can be awkward and blunt about things. She always tells the truth 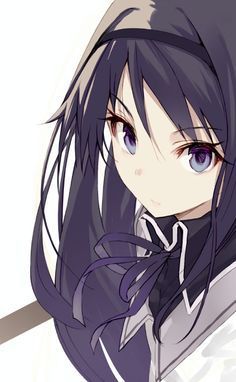 Personality:
When you first see Sonami, you'll think that she's a quiet girl and easy to push around and bully. But whatever you do, don't get on her bad side or be prepared to deal with Medusa. All she has to do is look in your eyes with here ghostly eyes and that is enough to shut even the meanest bully up. She doesn't want to be violent, she believes it won't gain you anything. But if you do peeve her off, prepare for a world of hurt. She's a quiet girl, but underneath she's a fiesty rebel with a knack for breaking bones. She likes a good laugh.........when she's in the mood.

History:
Sonami's mother was a famous neurosergon and she earnt all the money for her family. But being famous has it's negatives. Sonami only saw her mother once every 2 months. She spent most of her time with her dad in the himilayan alps. He was the sensei for the Inkouji dojo. Sonami would get bullied at every school she went to on a regular basis because the unnatural colour of her eyes. Every afternoon she would come home crying. Her dad told her she had to stick up for herself. He taught her karate, tai chi, kickboxing and swordsmanship. At the age of 8 she was able to beat a fully grown man in under 20 seconds. When she was 12 she was offered a place at The Jade Academy for Highly Achieving young women. After attending school there till she was 14, she transferred to Lobelia Girls Academy, and after 1 year, transferred to Ouran Academy because her mother was offered a job opportunity in Japan.