So which idea did you want to do? Or are you interested in doing a combination of a few?

I like the vampire and hunter but if you will allow, I want to add some twists

The vampire had lives a thousand years and he has always been hunted by the same woman who always looks the same but always dies. And one of the reason is that she isn't entirely human either and there is a destiny between them that isn't clear.

I do love a plot if you have one?

how about one is injured and they are both trapped in an ancient burial tomb where the history of vampires and vampire hunters was born?

reply | flag *
message 13: by [deleted user] (new)
Jun 02, 2013 05:16PM
Oh, yeah! Let's do that! Should the vampire end up running into the tomb in order to get away from the hunter, and then the hunter goes inside, and somehow they get trapped? And should the injured one get injured before or during the moment when the both of them are trapped?

The vampire is in the tomb for a reason and the hunter is got to get him but suddenly an earthquake erupts as they are fighting and they get trapped.

Name: His name is Shetan, and he is known as Shetan, but his full name is Shetan Seth Callaway.
Nicknames: The Undertaker, Big Evil, Great One, The Devil, The Demon from Death Valley, The Dead One, The Demonic Powerhouse, and possibly a few more. But his servants and followers call him "Your Majesty," "King," "My Lord," and "Master."

Age: His age is unknown. He has been around forever, so he would be immortal. But if you were to ask him exactly how old he was, he would tell you specifically.

Species: Shetan is a vampire.

History: His history would be a lot to go through, but it is also unknown, at least for now.

Fears: Yes, Shetan does have fears. They are large, scary-looking sinkholes, stakes, and crosses.

Personality: There are many aspects of Shetan’s personality. He has two sides: his good side and his bad side.

Shetan shows his bad side towards his enemies and anyone else he doesn’t like in particular.

It’s quite simple. Shetan is simply eerie in the way he carries himself many times.

Being evil and eerie, it would be rather strange if Shetan wasn’t dark as well. His mind and heart are as black as his body.

Shetan is naturally animalistic because of what he is, and he is quite uncivilized, sometimes going around with no shirt on.

Being the vile monster he is, Shetan is naturally twisted. He loves to torture his victims and prey at his leisure before killing them and/or eating them.

Shetan is very mysterious. It is very difficult to tell what runs through his mind.

You never know what side of Shetan you will see. He can be harmless one moment and then turn on you the next. This will never happen if you are his best friend, however. Because he is so mysterious, you can never know what he is going to do unless he tells you (such as if he was going to play a prank on someone, for example). He can also be quiet one minute and talkative the next.

Shetan will show his good side if you are a child (for he is fond of children), and if you are his friend or if he knows you will not be a threat.

Shetan will be kind and gentle and loving towards the ones he cares for. You would end up loving him to death once you discover his good side. He is also quite affectionate if you were to hug him or show him some sort of affection in any way. He responds very well to gentleness and care and is quick to return it.

If you’re sad or hurt or frightened in any way, Shetan is there. He is quick to comfort and is willing to be the shoulder to cry on. He can change from being the nightmare to the one comforting you from a nightmare.

Shetan is extremely and fiercely protective. He is like a guard, watching over you and protecting you. There are moments when he can get a little too overprotective, but that is not often. Once Shetan cares for you, you could never be in safer hands. It is truly bliss and a huge relief when you have this frightening, strong, nightmarish monster on your side instead of as your enemy.

Once Shetan cares for you, that is it. He is not one to betray his friends. He will be loyal to the very end, and he will not hesitate to die for you if you are in danger.

Once you get to know him well, Shetan becomes a total clown. He loves playing pranks on people, and he gets a charge out of their reactions. He has such a great sense of humor that many times he will say something hilarious, but he will be dead serious about it, and he won’t even know he’s being funny. But Shetan knows he’s a clown and sometimes ends up making himself laugh. Sometimes, he gets so silly that he ends up snickering and laughing for absolutely no reason at all. So Shetan has a fun side that will make a person want to be around him more, if they’re bold.

Appearance: Shetan has long, wavy, black hair, which drops down to his waist, and clawed hands, and all of his teeth are sharp and pointy. His eyes are fiery red, one of the most horribly frightening things about him. He has an incredibly huge body, a 600-pound mass of muscle and body fat. He is seven feet and four inches tall, a giant of a monster. His shoulders are broad, his arms huge and muscular, his chest wide and broad, and his stomach large and round, showing how incredibly strong he is. He is so strong that he can literally break metal. His appearance and strength is awesome and frightening. Coupled with his evil thoughts and actions, Shetan is truly your worst nightmare. 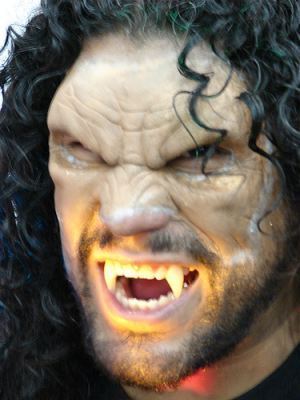 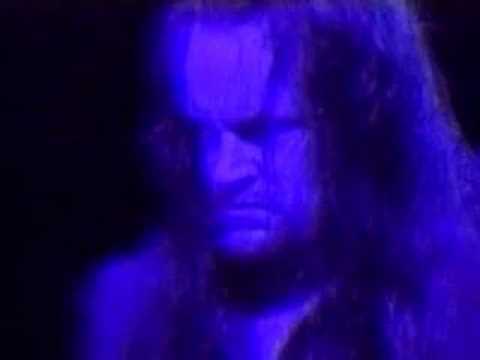 Shetan’s face looks like this, only his skin is as black as the night.

Other: Shetan lives in a haunted mansion, an eerie, misty graveyard surrounding it. 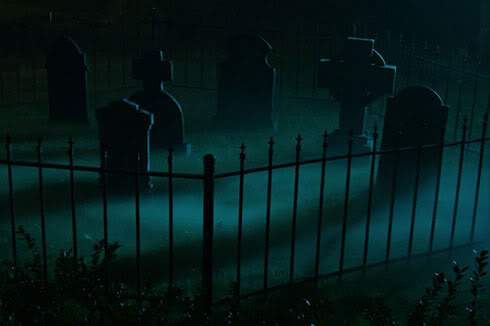 Anything else about him shall be roleplayed, including his natural talents.

Oh, and you can make your charrie a simple charrie if you'd prefer not to go very detailed, if you want. Just so you know. :)

[sorry it took me so long!]

It's okay. Do you want to start or me?

Shetan was in an ancient burial tomb deep in the woods, walking slowly through the narrow path surrounded by walls as he wandered deeper into the tomb. He didn't just stumble onto this tomb by accident. He was there for a reason, trying to reveal something to himself so that all the difficult problems that troubled his mind would be cleared up.

This tomb was where the history of vampires and vampire hunters was born. Shetan had to find out who this vampire hunter was, this girl who always kept chasing him. She puzzled him. She always looked the same, as if she never aged or something. Shetan thought she was some ordinary human, but her looking the same every time she hunted him didn't click right.

Shetan made his way deeper into the tomb until he reached a wide, open space in the tomb. It was there that he began to search for answers.

Clara had been hunting this vampire for days now. She knew he was somewhere in this area. Her instinct told her. She didn't understand how she knew this however. She just always seem to know or sense him. Ever since she was a child she would have a dream about this vampire.

Her father didn't inform her until she was old enough that she was destined for something great. Destined to hunt and kill vampires just as her mother had. Her mother had died giving birth to her so she wasn't able to get guidance from her.

She moved through a dense forest and was able to see a tomb or cave of some sort. With her weapons surrounded around her body she began taking steps into the tomb.

As Shetan looked around, he saw some mysterious tombs straight ahead in a more shadowed area of the tomb. The tomb was already dark, except for the numerous numbers of torches that brought the only source of light to this eerie tomb.

Shetan was personally loving this tomb. He was here to find answers rather than spend the entire time enjoying himself here, but he had to admit that he loved the eerie darkness and the torches and the mysterious tombs that he saw ahead of him.

He was about to move over and investigate the tombs before he heard some faint sounds that made him stop dead in his tracks. His red eyes glowed with evil as they widened slightly in alertness. Sure enough, as he listened intently, he heard faint footsteps in the eerie stillness and silence. Someone was coming into the tomb. Shetan growled and moved into the shadows behind some of the tombs, his red eyes piercing the darkness as he stared down straight ahead where the footsteps were coming from. What if it was the hunter?