26 views
Historical Novel Discussions > Out of the Blue - Josh Lanyon 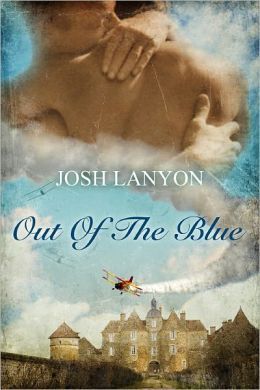 France, 1916. The Great War. High above the carnage in the trenches, British and German aces joust like knights of old for control of the skies. The strain and tension of living every day on the edge of death leads to dangerous choices and wild risks. When British ace Bat Bryant's past catches up with him, he strikes out in panic and kills the man threatening him with exposure. But there's a witness: the big, handsome American pilot Cowboy Cooper.

Cowboy, it seems, has his own ideas of rough justice.

Somewhere in my Internet perambulations, I was able to score this 77 page ( really short) novella for free via some saintly person's info. or via a link provided on this site.

Initially, when first beginning this review, I was going to say that it was worth every cent I paid for the free download. However, I quashed my unwritten words before actually putting fingers to keyboard.

The late, great Howard Hughes was crazy (npi) about two things: beautiful women and airplanes. So, in 1930, he combined his two loves, and made the visually-stunning film Hell's Angels which, unfortunately, has a bowser of a story, but also has long, long scenes of WWI aerial biplane dogfights that were so incredibly beautifully photographed that they were still being stolen and used in other studios' WWI-era movies until color became the dominant norm. And that zeppelin-bombing-London scene! I'm verklempt just thinking about it!

The reason I make this seeming random detour into Hollywood history is because Hell's Angels is still known today for two wonderful things: the introduction of the enchanting Platinum Blonde, Blonde Bombshell, Jean Harlow as its anti-heroine (in a thankless, horribly-written role), and the aforementioned WWI dogfight scenes that have never been matched, before or since.

Out of the Blue is a bit like Hell's Angels. It is set in WWI. It concerns men in the RFC (the Royal Flying Corps before it became the RAF) and, initially, the storyline is a howling, almost rabid, dog.

The MC introduced in the first scene is one Aubrey "Bat" Bryant, fifth son of a long line of English earls. There is much "old boy"ing, and "jolly good"ing, and other hilariously foofy old-time clenched-jaw upper class English-speak. Coming out of Lanyon's mouth, through Bat, it simply is beyond ludicrous. (Hence my reference to Hell's Angels lousy story.)

Then, just as I was getting a really seriously pukey feeling in my tummy, there were two entrances: our second MC, Aloysius "Cowboy" Cooper, a Harvard-educated Texan (the thought of Texas Senator Ted Cruz just made me feel seriously ready to hurl), and you-are-there descriptions of those incredible dogfights as well as of the fighting men of the then-beleagured RFC (this is France in 1916 before the U.S. declared war.) I quickly swallowed my bile and began to seriously fall in love.

Contributing to my endorphin rush was the fact that everyone's "You-don't-want-to-brood,-old-bean.-Owl" (Bat's fortunately-dead lover) "wouldn't-want-that" way of speaking has all but totally disappeared. And now Bat (that nasty boy) just wants to be heavily topped - for days - by Cowboy (while still truly and deeply mourning his recently-deceased lover.) "Dead Gene," however, believed fully only in the Platonic type of m/m love, with only an itsy-bitsy bit of touchy-feely. (I was seriously glad Gene had kicked by the time the story had begun.)

After approximately the first quarter, or possibly less, of the novel, we really begin to get a hot and sexy love story combined with some of the best WWI aerial dogfight descriptions I've read in some time (especially considering the length of the novella.) No one, and I mean no one writes a better love/sex scene than Josh Lanyon when he's on his game, and here he certainly is....and then some.

I just wish I could remember who gave me the link to the free novel, or even the publishing house from which I got it. I'm sure it's available for considerably less there (maybe still even free) than what B&N is charging; and, frankly, it's awfully well-written Lanyon (after that "jolly good old boys" way of talking is 86'd.)

Puh-leeze, could Mr. Lanyon finally write, or perhaps release, a full-length novel of this quality in the foreseeable future? Readers and fans are waiting.

Mod
I'm getting a bit off topic here, but.... I haven't seen Hell's Angels, but are the aerial scenes in that one really better than in 1927's Wings? I thought Wings was pretty darn impressive... 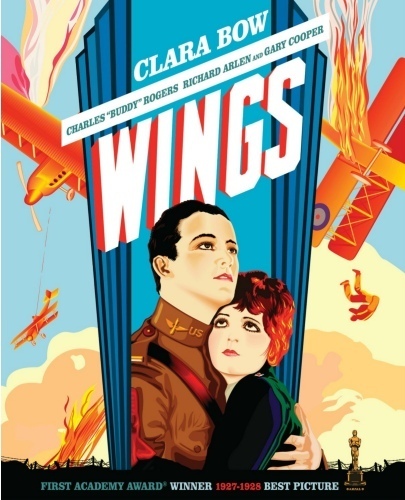 It appears that great minds don't always think alike, Chuck, because this is one of the few Lanyon stories that I didn't like. I actually wondered if it was written by someone else. I didn’t care for either of the main characters at all.

Octobercountry wrote: "I'm getting a bit off topic here, but.... I haven't seen Hell's Angels, but are the aerial scenes in that one really better than in 1927's Wings? I thought Wings was pretty darn impressive...

Following is just one of the less exciting dogfights from the film. Unfortunately, the dialogue and sound effects are removed, and replaced by Ride of the Valkyries, but it sorta works. The dialogue between the pilots and gunners was salty enough to make my 20th century jaw hit the floor. 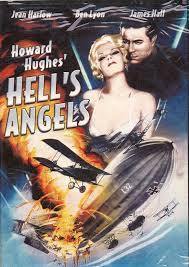 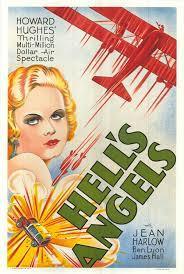 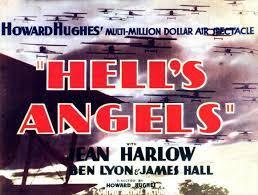 Aussie54 wrote: "It appears that great minds don't always think alike, Chuck, because this is one of the few Lanyon stories that I didn't like. I actually wondered if it was written by someone else. I didn’t care ..."

I have to say I partially agree with you on your statement. Both characters were garish stereotypes of an upper-crust English noblemen and an American "cowboy", respectively.

Frankly, Lanyon's recent output - such as it has been - has been more than a bit disappointing. (The Out of the Blue I reviewed was a re-edited version of a story originally published in 2010; so it was supposed to be, I assume, an improvement on the original.) For me, personally, his last really good work was Come Unto These Yellow Sands, and that's been quite a while ago, relatively speaking.

To be honest, he's slipped into my second-tier of good authors, leaving only Harper Fox and Amy Lane as my continued favorites for consistently excellent writing (whether or not you care for their subject matter.)