note: This topic has been closed to new comments.
240 views
ARCHIVES - Book of The Month > Nominations for July's BOTM- General

Mod
This book will be selected from an open nomination process. Any book may be nominated as long as it meets the group's BOM nomination criteria*.

The first 10 books that have second and third nominations will be eligible for being voted on by the membership via a poll.

The book with the highest amount of votes will be one of our Books of the Months.

All books nominated must be listed in our group under our ARR Program or have been listed in the past under Completed ARR Books.

Nominated books should not have recently been a BOM.
You should check the Book of the Month group bookshelf to make sure the book you nominate has not already been a group read.

Authors if your book wins the BOM you may contact one of the mod's if you’re interested in giving the members it for free with the condition they will write a review.

Anyone can nominate a book, but must be different member to second or third said book.

Any other questions leave us a message below.

Mod
Please remember that this BOTM Program is for books that are listed or were listed in our ARR Program.

Nominations will close on June 15th.

I would like to nominate my novel, Darkness Forbidden, for the July BotM. It was released back in December on Kindle :)

I'd like to nominate my first book in my Pride Series, Finding Pride. The third book in this series release date is July 1st. 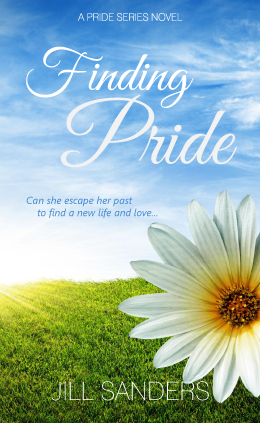 It's a wonderful story about second chances in love & life.

Megan Kimble was traveling a long way to find the next chapter in her life, one that would not include her brother Matt. Losing him now was tragic, even more so since she had finally freed herself from the abuse and the shame of a bad marriage. She had spent years hiding things from Matt, so he wouldn't know about her horrible life. Keeping her secret world of bruises, cuts, and broken bones, much like the one she now sported with a large white cast.

Dealing with her loss was hard, but, now she was thinking of taking over Matt's new business venture. This could be the fresh start she needed, a new town, a new place to forget the pain and maybe she could learn to trust again.

Todd Jordan was a successful businessman, who had once lost it all, and now he had just lost his best friend and business partner. But, then she came into town broken and scared, and for the first time in a long time he was looking forward to his future. Breaking down Megan's barriers would take patience and strength, and he would need that strength to keep what he loves safe.

I'm recommending Hope(less) for the July BOM. Thanks!

IF you wish to be lost in a captivating murder mystery with characters that will come alive in your mind; IF you enjoy twists and turns that will lead you where you do not suspect; and IF you are ready for a page-turner that will keep you up in the wee hours of the morning; then I would like to invite you to discover the 'Secrets in the Shallows.'

I nominate my dear friend Kimberely Brouillette & her friend Karen Hammond. Secrets in the Shallows!

Can I nominate Susan Ziggy, a non fiction writer about how to create a great relationship? What to do before you say I Do?

We'd like to nominate our novel BETRAYED by Wodke Hawkinson. Thank you. Betrayed

I nominate "Secrets in the Shallows (Monastery Murders)" by Karen Vance Hammond and Kimberly Huddle Brouillette.

I would love to nominate this amazing book by Shannon A. Thompson Am loving this novel right now!!!

I second this nomination. Great choice.

I second this nomination. Great choice."

I third this nomination!

I would like to nominate Secrets in the Shallows (Monastery Murders)by Karen Vance Hammond and Kimberly Huddle Brouillette please. Thank You!

IF you wish to be lost in a captivating murder myst..."

It would be an honor to have your vote for Secrets in the Shallows. Thank you.

If you wish to be lost in a captivating murder myst..."

I would like to nominate Tara Staley's Need to Breathe.

Karen wrote: "It would be an honor to have your vote for Secrets in the Shallows. Thank you.

If you wish to be lost in a captivating murder myst..."

I've read this most exellent book and I gave it a five star review! I can't recommend it enough!

I would like to nominate Kimberely Brouillette & Karen Vance Hammond's book, "Secrets in the Shallows"

I Would like to second Christie and nominate Minutes before sunset by Shanon A. Thompson.

A Child is Torn “Innocence Lost”

When dependable Evan Madison fails to show up for work, police are dispatched to his home. His ten-year-old son, Brad, is discovered inside, unharmed and seemingly alone. He is stoic, sitting in front of the television playing his favorite video game, Super Mario-and he's covered in blood. Veteran Police Officer Marty Keal is the first on the scene. With his many years of experience, he thinks he's seen it all. That is, until he discovers Brad's not really alone after all. Upstairs in their bedroom lies the brutally bludgeoned and deceased bodies of both his mother and his father. When questioned, Brad confesses to the horrific murders. When Brad is transferred to a local mental health institution for children, Dr. Hope Rubin is brought in to evaluate and treat the child. A preliminary investigation shows no evidence of any kind of mistreatment in his past. She must determine the disturbing truth: Is Brad telling the truth? Or is he covering for someone else? Detective Jean Whitely rounds out the investigative team; and she suspects there is much more to the case than what meets the eye. The happily married mother of two is unwavering in her determination to uncover the real truth about Brad. Was he abused? Or is he the product of an evil seed born to kill? As the layers of truth about Brad are systematically peeled away, you will be compelled to ask yourself, Which is the more dominate factor in contributing to who we are-NATURE or NURTURE?

Brian wrote: "I would like to second the nomination of the wonderful book by Bob Mustin entitled "Sam's Place""

Wow! Thank you, Christie (and everyone else) for the nomination! If I can, I'd love to be a vote for

TY to everyone for the nominations for Secrets in the Shallows. I did get a few emails from Goodreads that showed additional people who also voted for our book, but the posts are not showing up here. I know of at least 2. If you'd like me to forward them to an email address so you can check on it, I'd be happy to. Both are people I know and were voting on our book as well.

You are so welcome!

Bob wrote: "I'd like to nominate Sam's Place: Stories"

I nominate Kimberly Brouilettte and Karen Vance Hammond's book, "Secrets In The Shallows."

Shannon A. Thompson- Minutes Before Sunset!!!

I second the nomination of Minutes Before Sunset by Shannon A. Thompson. Looking forward to the sequel.

I would like to nominate my own book, which my publisher called:
"One of those unique and wonderful manuscripts that come one's way all too rarely"

The Seven Gifts came to Earth and lay dormant, unseen, like seeds in an empty desert. Then the rains came, as an Angel bearing seven mysterious books. Woven within them, far from the eye of a casual reader, were the simple truths of The Seven Gifts. The Angel chose a young boy to reveal them: to endure a wild, spiritual odyssey through seven arcane and bizarre worlds, in pursuit of a lonely white dolphin - the final link to the wonder of The Seven Gifts; and the enigma of the Angel, and the mystery of himself. And perhaps the mystery of us...

I would like to nominate "Secrets in the Shallows (Monastery Murders)" by Karen Vance Hammond and Kimberly Huddle Brouillette. It sounds like a charming, chilling tale.