Thoughts on this section? 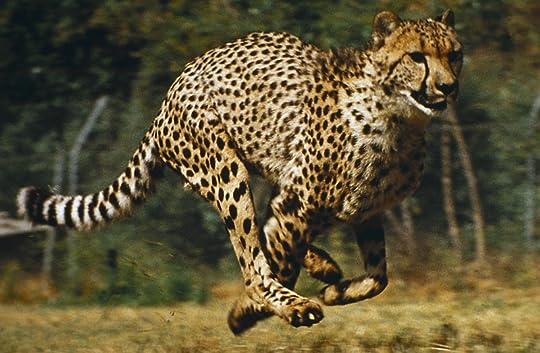 So I am going to dedicate this week and next week (break week) to getting caught up...I've been in classes and running around like crazy and fallen behind. Sorry about that everyone...but it looks like there is awesome conversation going on still, can't wait to chime in! Hope to be right there with you after the break!

reply | flag *
message 3: by [deleted user] (new)
Mar 18, 2013 01:01PM
Chapter 20 - Fuka-Eri shows some emotion in her response to the story of the Gilyaks: "The poor Gilyaks!" "The wonderful Gilyaks!" Tengo often comments on her flat interrogative statements that lack question marks, so these exclamation points mark a departure for her personality. The only earlier statement I can think of where she reflects emotion was her comment "Takashima was fun" in the chapter where the Professor relates the story of her childhood, but even here it was a flat statement with no exclamation point. Speaking of question marks...and maybe I'm stretching here...it's interesting that in the world characterized as 1Q84, with Q standing for "question mark," Fuka-Eri doesn't or can't use question marks. And I also wonder how all these matters of punctuation worked in the original Japanese. I looked up the book in Wikipedia, and found that the Japanese title is the same, rendered in the same characters. Interestingly, the article mentions that the Japanese pronunciation of "nine" is a homophone for the pronunciation of the letter "Q" so the title is a clever play on words more obviously linking it to Orwell's 1984 in Japanese readers' minds. The Japanese word for "question mark" is rendered "gimonfu" in Latin characters, so I'm not sure how "Q" is explained as a stand-in for "question mark" in Japanese, as it is explicitly in English: "1Q84--that's what I'll call this new world, Aomame decided. Q is for 'question mark.' A world that bears a question."

Chapter 21 - There are more explicit parallels here between Aomame's and Fuka-Eri's youth, in that both of them left their cults at the age of 10. But whereas Fuka-Eri's life up until that time seems to have been relatively happy, Aomame's was "some kind of miserable dream."

Chapter 22 - Tengo's musing on the nature of time, that it could "take on deformed shapes as it moved ahead" layers onto Aomame's earlier observation that the world has changed around her and that it's "the world that's deranged."

Chapters 23-24 - The murdered dog is thought by Tamaru to be "just the beginning of something." Fuka-Eri's tape sent to Tengo in the next chapter warns him that the Little People may be mad and can harm him, so perhaps the dog was their victim as well, given Tsubasa's connection with Little People. It's also interesting the Fuka-Eri says that Air Chrysalis isn't her story anymore once it was written down. So has she erased her past? Consider that in the context of Tengo's later discussion with his girlfriend of his creating a world that isn't here in his writing, so he can rewrite the past.

The layers and connections in this book are just fascinating!

KC wrote: "Interestingly, the article mentions that the Japanese pronunciation of "nine" is a homophone for the pronunciation of the letter "Q" so the title is a clever play on words more obviously linking it to Orwell's 1984 in Japanese readers' minds. The Japanese word for "question mark" is rendered "gimonfu" in Latin characters, so I'm not sure how "Q" is explained as a stand-in for "question mark" in Japanese, as it is explicitly in English: "1Q84--that's what I'll call this new world, Aomame decided. Q is for 'question mark.' A world that bears a question"

KC, it is one of those things we have to accept. Translation always loses some meaning, but it might also intensify hidden meanings of the text. Actually, we might be luckier with this book specifically and Murakami in general. The Japanese culture, due to its geographical location, cloistered nature, separation from the Judo-Christian world, is very different from the one most Americans and Europeans are familiar. But Mukarami is a cross-cultural writer with the immense knowledge of world literature, so his cultural allusions to the cultural realm of Europe actually establish certain bridges between the Japanese world and the European values.

Murakami still keeps amazing me with the depth of his knowledge of other cultures and countries. The Chekhov's book is one of his obscure works and is only mentioned in high schools and even universities, but Murakami demonstrates an amazing interpretative social, cultural, and personal depth.

As far as the description of the mysterious religious cult, it did remind me of Aum Shinrikyo, one of the most notorious religious cults in Japan. It is namely knowm for its infamous gas attacks that killed and injured the commuters in Tokyo subway stations. It is also worth noticing that this sect was founded in 1984. Murakami could have used his sect as a prototype for the one described in his novel.

It seems to me that the major topics and themes of this massive novel can be represented as a set of oppositions, and they mirror each other.
Sexual Freedom vs Sexual Violence
Religious Freedom vs Religious Oppression

There is another thing that fascinates me - the concept of time. Tengo's vision of time is very similar to the one, depicted in the iconic post-modern short story The Garden of Forking Paths by J.L. Borges.

So, the first book is done. I can definitely see why Western publishers chose to release these three installments in one book, since not much is resolved in the first part. But the last chapter was very intriguing. Tengo explains that the new story he is writing also has two moons. Many possible interpretations regarding reality in 1Q84 are possible based on that observation. But I keep going back to the beginning and the taxi driver's warning to remember that there is only ONE reality. I wonder, is it the driver talking to Aomame or perhaps Murakami talking to me?

Andrea wrote: "So, the first book is done. I can definitely see why Western publishers chose to release these three installments in one book, since not much is resolved in the first part. But the last chapter was..."

The driver does sound quite omniscient. And it is also a nice commentary how some readers are lost in books and confuse realities. I am one of them:-)

Andrea, I completely agree. Had the book ended here and I had to wait for the next installment, I would have been so disappointed! Nothing at all is resolved at this point! It's certainly not a story by itself in any sense of the word.

The "moon base" is in the other reality, yes? Since Aomame hadn't heard of it before? I wonder if that means it is on the new, second moon.

There is definitely a lot going on here -- I can't wait to figure out how it all ties together :) Liking this story more and more as I keep reading!

The Garden of Forking Paths (other topics)