Then I'll make four? Lol, I think those requests are a little old, no? Ah well, a girl can try...

I up for one

5 early teenaged kids live in this one town where you have to take each step with caution. And these five get into lots of spooky adventures (like encountering ghosts, aliens, vampires, etc etc) in their town. There's also a little romance (not too much seeing all of them will be like 13-15 yr olds) and school life and all. Also they are not orphans, they have to balance the adventures and family life while keeping everything hidden from their parents and other people living in the town. Maybe there's also some good witch living in the town. And also one or two more guys who own some weaponry shop who believe that these spooky creatures enter, exit and live in that town.

Im guessing there needs to be more than two people for this??

Anyone? I have a really cool idea for one ^^

Girl A and Guy A use to date in high school for two years, for 11th grade and 12th grade. There relationship ended when Guy A accidentally got drunk at a party and cheated on Girl A with the head cheerleader. Girl B and Guy B dated for many number of years, 7th grade all the way through 11th grade. Reason they broke up? Girl B's best friend made up some nonsense about how she cheated on Guy B, which wasn't true, but he believed it and broke it off with her. Now, it is roughly 4 years later and they're all in there early twenties. They all started modeling careers, Girl A also being a singer, Guy A acting and Girl B into writing and drawing. They all end up moving into the same large home in California, working on a project together for the next few weeks or so, which is what they thought. But people liked there photo's so much that they got their own television show, own magazine and they had to live in the home for a at least 8 more moths. So, Girl A and Guy B met because they moved to the same area and have been dating for 6 months. Obviously, Girl B may still have feelings for Guy B because ti was a complete misunderstanding that they broke it off, but she begins to have feelings for Guy A. Girl A and Girl B have to try and get alone, which is actually easier than they both assumed, but Guy A and Guy B have a bit more difficulty with it because...well, there guys.

If someone wants to RP shoot me a message. [=
May stars light your way,
Fey☆

I'm up for something

Okay, so there was Lacey, Natsu and me. We had this idea (view spoiler)[

The city has always been lying in peace, the Legislator ruling well, the Paratroopers loyal and the Farriers hardworking.

But it crumbles away when a conflict arises.

In an instant, nothing is what it once was.

Now, the Legislators are cowering in the shadows of the city, trying to avoid everyone else and survive. The Farriers are rowdy gangsters storming down the streets and picking on potential victims. The Paratroopers are highway robbers that are tense with the Farriers.

But outside the abandoned walls of the city lurks a mysterious danger.

And Finale City will fall in flames. (hide spoiler)] and decided to have one more person. Anyone?

You're creeping everyone out. *turns away and starts laughing despite what I said*

And this, is why I have so many friends in school.. :D 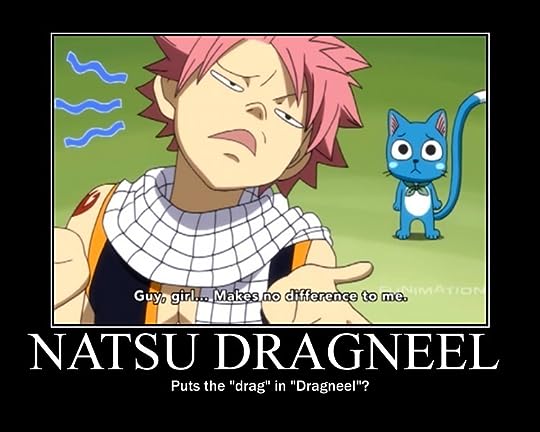 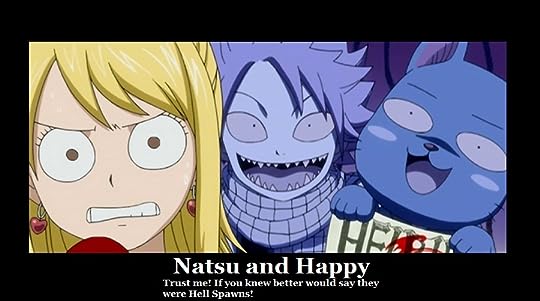 AℒℰSSⅈA wrote: "Okay, so there was Lacey, Natsu and me. We had this idea

There are three divisions in Finale City, Farrier, Paratroopers and Legislator. The Farriers are the ones that support both the Paratroop..."

That's a cool idea. Still looking for the extra person to do it with?

Okay, I'll just change the topic and the title...

~Michelle~ wrote: "Anyone want to do a powerful Adventure Romance? There will be four main characters. :)"

Cool! Got to go to work in a couple hours but hope to start tonight :) and is it my turn or yours on our 1x1's?