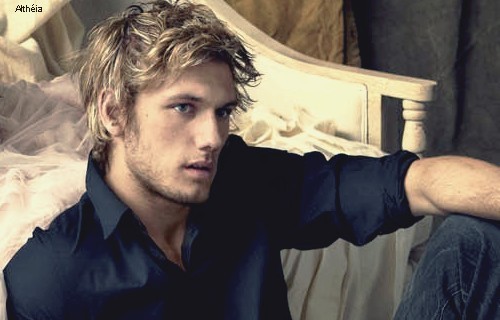 Personality: He gets pissed off easily since he deals with a lot of stress created by his parents. But he can be the sweetest guy you meet, he just doesn't show it.
Bio: His mother pasted away ever since when he was younger. Now his father gets a bunch of whores who just want him for his money. They think they can treat him like crap and his father forces him to get almost perfect in school. If he brought home an B his father might just kill him.
Secret(s): He misses his mother alot but won't talk about it or respond if the topic is brought up.
Other: (not atm) 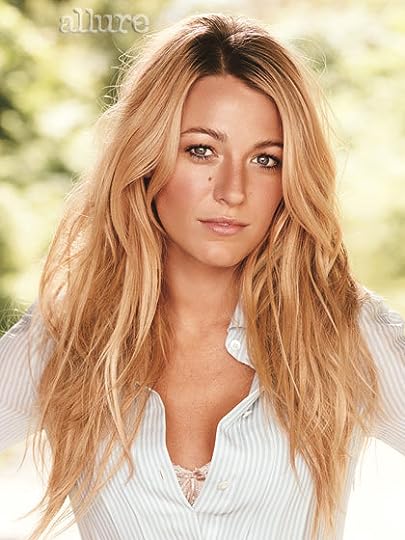 Personality: She nice, sweet, and funny. But She doesn't like opening up to people. She pushes them away, because she believes that everyone will leave her in the end. So she acts like a bitch.
Bio: She wasn't always like this. Her father walked out on her family when she was younger, around 5 or 6. Her brother had died in a car crash. Her mother couldn't take losing her son and husband, that she walked out on Avery. She feels as if theres no point to open up to people if there just going to leave anyways. (add more detail later...maybe..if i remember)
Secret(s): She Cuts, though she tried not to.
Other: Because of her years of being head cheerleader, everyone amuses she a bitch, and whore. Though she is nothing close to it. She has grown not to trust anyone but herself. She may not seem like it but shes the biggest goodie two shoes, and hates breaking the rules.

Avey entered the cafe with her usual buddies. Not that she ever really paid attention to most of them, since half of them were all faced lairs. She had a fake smile plasered upon her lips and she ran a hand through her brown hair. She was wearing a white tank top with a patterned skirt. (http://24.media.tumblr.com/tumblr_m7k......)

Chase was inline getting his lunch. He was talking to his buddies, as she chatted and rated the girls in the room. "What about her?" one of his friends asked.
"Um, Not my type. 7." He was wearing a black v neck and a pair of faded skinny jeans.

Avery played with her straw from her coke drink as she sighed. She glanced around to room, as he friends talked about their weekends.

"The one that just walked in," One of his friends asked, Chase turned to see the girl with the patterned dress. "9," He responded, as he flashed her a grin from across the lunchroom.

Avery smiled back sligtly towards him. She was confused weather or not he was acknowledging her.
--
"Seems like Chase found his new girl," They teased, as he rolled his eyes, and headed towards the girl. He pointed to the seat beside her, "Is this seat taken?"

Avery bit her bottom lip and decided it would be more interesting then she was siting. She grabbed her purse and walked over to him. She not sure weather this was a good idea.
--
Chase took the seat and flashed her a grin as he ran a hand through his hair, "Hey. I'm Chase."

"I'm Avery," She responded with a slight grin. She already know who he was, he was really trouble maker popular at her school.
--
"Nice to meet you too," He responded, flashing her a cocky grin, "I'm just so surprised this is the first time I saw you. I mean how does a beautiful face like that go unnoticed."

Avery shook his hand, as she felt her face flush, "Nice to meet you too."
--
"You are beautiful my dear," He replied as a grin rose to his face once he saw her blush, "Well you liking Clearwater?"

"I mean how you liking Clearwater high school?" He chuckled, as he flashed her a grin.

"Thanks," She giggled softly, with a slight shrug as she blush rose to her cheeks. She could feel her 'friends' staring at them, which caused her to stand comfortably.

He nodded, "The names really dumb," He chuckled softly, "Most people just call it C.W. So, What class do you have next, babe?"

"Is there a reason why you called me over here?" She asked as she raised her brows.

"Drama," He responded with a bright grin, as he rested his chin against his hand with his elbow rested on the table.

"Well, you've meet me," She responded with an incence smile.

"I saw that your were alone," He responded with a smile, "Thought I might join you."

"Where?" She asked as she placed her hands in her pockets with a soft smile.

She rolled her eyes, when he called her sweetie. She decided it would be better than siting with her 'friends', so she agreed, "Sure."

"I don't have a girlfriend," He responded with a shrug, "Never have. Why would you think that?"

Cassandra blushed as she his hands touched hers as she followed him.

"No girls have caught my eyes yet," He responded with a cocky grin, "till now."

Cassandra smiled as they entered the ice cream shop.

"I thought it was cute," He winked.

"Strawberry," She grinned as she smiled up at him.
--
"Look in the mirror," He teased with a cocky grin.

"Yes," She blushed soflty leaning into his gasp.
--
"I Know," He chuckled with a grin, "There's this party tonight. Come with me?"

"So, I'm awkward," She responded with a shrug, as she tried to hid her blush.
--
"I'm not like most guys," He grinned, with a chuckle.

Cassandra grinned as she grabbed her cone.
--
"Well, we could go to class, or we could skip the rest of the day?" He responded with an inviting smile.

Cassandra smiled up at him, "Do you wanna grab a seat her or walk around?"
--
"So you've heard things about me?" He asked with a cocky grin.

"Okay," She responded as she started to exit the ice cream shop, "So tell me a bit about yourself?"
--

"What kind of things?" He asked with a chuckle.

"Aren't those dangerous?"She responded with a slight smirk.
--
"Why?" He replied with a pout in her direction.

"That's true," She responded with a grin.
--
"I really don't like you right now," He teased, sticking his tongue out at her, playfully.

She giggled softly, "Enjoying senior year?" she asked.
--
"Your always cute," He responded with a charming boyish grin.

"There a great band," She responded with a moment of excitment, "I know all their songs."
--
Shane was surprised by her kiss on his nose, "I know," He replied, "Now about skipping the rest of the school day?"

"Theirs or in gernal?" She asked, trying to make sure.
--
"Maybe," He responded with a soft chuckle, "I'm a bad influence."

"Highroad," She responded, "Well at the moment. What about you?"
--
"Umm, You think you can turn me into a good boy?" He teased as he placed a hand on her knee, "Your cuter though."

"I haven't heard rise against," She responded as she flashed him a grin.
--
"I don't think so," He growled softly in her ear with a chuckle.

"I'll check them out later," She replied with a soft smile, as he gaze met his.
--
Shane smirked against her lips before kissing her back hungrily.

She giggled softly as she ran a hand through her hair, "Your welcome, hottie."
--
Shane wrapped his arms around her waist, pulling her closer.

Cassandra chuckled softly, as she finished her icecream.
--
He pulled away as he rested his forehead against hers.