23 views
inside the academy:) > Combat Class 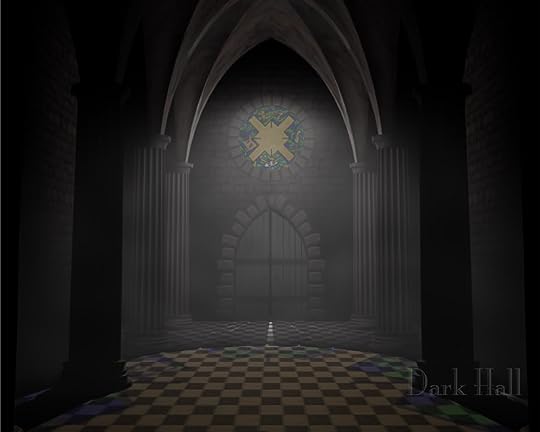 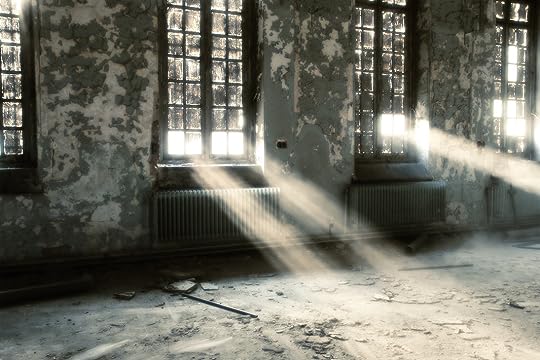 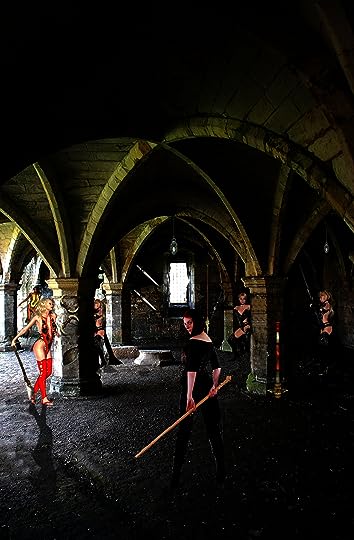 Mason finished class and headed for the training room. It felt good to stretch his muscles and kick and punch out his frustrations.

Jill came in an extremely bored look on her face, she tied her hair up in a loose ponytail and began to do some punches and kicks, having secretly watched the others.

((lol))
Mason wandered over. "Hey, I thought moroi didn't like to hit stuff." he winked.

Jill grinned. "Well they're lame and boring, I'm not lame and boring so I like hitting 'things'." She said as she suddenly snapped her leg out to sweep his feet from under him.

((loz, he's in both, different times let's say. XD))
Mason dodged, but only just. "Woah, okay. You gonna try and take me on?" he questioned, grinning at her with a raised eyebrow.

She blinked an innocent look in her eyes. "I don't know what your talking about...." She said with an innocent voice.

Mason wasn't fooled. "Bet your dying to just punch me in the face or something."

She shook her head and moved as if to turn around, she quickly spun and slammed her fist into his side.

She grinned. "Not your face, half of the girls in the world would kill me for that." She giggled.

Mason grabbed her wrist and turned her around, and holding her against him so she couldn't move. He chuckled under his breath. "I have to admit, you're good at this." he said a it breathless from where she had struck him. "And you're right about my pretty face. There would be plenty of disappointed females after you."

She squirmed slightly before sagging in defeat. "I give." She muttered.

Jill looked up a d tuned beet red seeing the other person.

Jill mouthed help to her as she tried to get away from Mason but failed to.

Jill leaped up and hugged the girl before glaring at Mason.

Jill grinned at her. "Thanks I'm Jill by the way."

She smiled. "Nice to meet you Victoria!"

She wave and sat down waiting to see how Mason would react.

She poked Mask . "You alive in there?" She said shaking him.

Sighing she punched Mason and ran out.

Fox*moon beast* wrote: "She poked Mask . "You alive in there?" She said shaking him."

Mason rolled his eyes. Freshmen he thought and went back to his punching bag.
AS soon as he stood in front of it though, he coldn't be bothered anymore and walked out of the training room.

"I didn't!" he protested and then joined in warming up with his other classmates. He'd heard a rumour that Rose Hathaway and Lissa Dragomir were back at school, but he hadn't seen them yet. He wondered if Rose would still come to class.

Mason looked over and saw Rose Hathaway standing there. He grinned at her. "Long time no see, Hathaway." he was used to the teasing banter they had shared before she had left, and he was glad he was still able to tease her in comfortable familiarity.

"It's good to see you, but I bet your a little rusty seeing as you've cut class for 2 years."

"Oh yeah, want to see how rusty you really are?" he asked, while the others in the class looked on with mildly amused looks at their banter.

"hellyeah." said Mason, swining his leg out, and kicking her on the side of her thigh. "C'mon Hathaway, let's see what you got."

Mason came up to her again. "Woah, you're really rusty if you don't even fight your opponent."

((first kiss in one of my RPs. SOOO CUTE!!!!! I think I'm crying! ;')
He felt her slow down, and he turned to look at her. Suddenly in the silence, all he could hear was the wind, and their breathing. She met his gaze calmly, her face pale in the cold. Her eyes were dark against her skin, looking up at him from under her brown locks. She stood unmoving, and Ryan stood in front of her. He raised his hand to tuck the stray strands twisting in the wind, behind her ear, then letting his hand graze down the side of her face. A slow blush was creeping over her cheeks as she gazed into his eyes, unblinkingly, a small smile on her lips.
The snow and sky were white, the trees sparkling in the low sunlight, casting little reflections around them, but Ryan could only look at her.
He let his thumb brush over her cheek, placing his other hand on her waist and drawing her closer to him. He looked in her eyes, silently asking her if this was what she wanted. She looked down for a moment, her eyelashes hiding her eyes, then moved her arms around his neck in an embrace. He moved his hand around to her neck, and wrapped his other arm around her, holding her to him. He looked into her eyes, and tilted his forehead to touch hers. He let his eyes close, and felt her eyelashes brush the top of his cheek as she closed hers. Then he kissed her.
Her lips parted and he felt her breath on the top of his lips. He could feel everything suddenly. Her warmth around him as the cold November air tried to penetrate. Her hand brushed his hair back from his face and he kissed her again. She was sweet and perfect, he was lost in her embrace. He was lost in her. He could think of nothing, and also think of everything at the same time. Her skin was soft and warm as they stood their wrapped up in each other. He held her tightly, not wanting to ever let go, feeling her hands run over his face and his back. She pressed into him standing on her tiptoes and he brushed his hands over her back and the side of her face.
Electricity ran though him and he knew without a doubt that he loved her and would protect her from anything. He would stay with her forever and he would kiss her again and again and laugh with her and explore with her. He loved her. Loved her, he realized. He could feel her smiling beneath his lips and knew that she loved him too.
He broke away, but didn’t let go. “I love you Bethany Harts.” He whispered.))

*sobs* here just in case you want to read it while listening to this: http://www.youtube.com/watch?v=RImCkW...))

she laughed "ohk then" and she takes form