Mod
Okay, I have read the first Twilight book. All four hundred and ninety-eight pages of it. Now, I've never been this hateful towards anything in my entire life...until Twilight came along. Honestley, I would rather shove razor blades into my eyes then go on reading anymore of that shit. 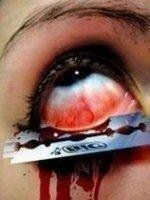 REASONS WHY I HATE THIS BOOK:

1.) Bella Swan. My God...I honestly don't know where to start with her. She is the most annoying literary character I have ever read about. Okay, let's start with her being labeled as a "Mary Sue" character. I agree with that. For those of you who might not know what that term means, it is often a negative reference to a female character commonly used by beginning writers in their fan-fiction.

"Mary Sue" sometimes represents the author herself (Meaning that Bella Swan is Stephenie Meyer!!!). A Mary Sue sometimes becomes romantically involved with the author's favorite character. The character can also be described as "smug" or so perfect that she is annoying. For Example, in Twilight, whenever Bella is given a homework assignment in subjects like English and Biology, her response to them is basically "Oh, I already know all this crap". That is not an exact quote from the book, but it's basically her attitude towards the lessons plans. The term "Mary Sue" supposedly originated in the original Star Trek Series.

Meyer hides all this by describing Bella as plain, ordinary, and clumsy. Despite all that, every guy in the book seems to want to get in her pants!!!
I've also read that the term, Mary Sue, can also mean dull and boring. Bella Swan definitely fits that description.

READING ABOUT LIFE THROUGH BELLA'S EYES IS ABOUT AS INTERESTING AS WATCHING PAINT DRY!!!

Bella also seems to have no real goals in life. She does not really have any plans about going to college, or having a career someday (then again, who really knows what they want to do with thier life at the age of seventeen). No, all she really seems to give a shit about is being with Edward.

2.) Edward Cullen. What can we say about this guy? For some odd reason he is said to be a "vampire". Edward is described over and over again as being extremely attractive, with his perfect face, his muscular chest, and the constant comparison to Adonis. Basically, Edward Cullen is Meyer's idea of the perfect male. He is her own sick, sexual fantasy. Now, If I were her husband, I would question this. Supposedly, Stephenie and "Pancho" (that is just the nickname he prefers to go by, it's not his real name) have a very happy marriage. They married when they were very young (at the age of twenty-one) and have been together ever since. They also have had three sons together, and Pancho has retired from his job to take care of the kids so that Stephenie can focus on her writing. However, if I were him, I would question this.

Okay, getting back to the character of Edward Cullen. Is he really that perfect?? Well, A lot of people have said that he is a "creepy, manipulative, controlling, overprotective, abusive, stalker". I think I can agree with them.

Basically...when I read about Edward Cullen...I wanted to punch this guy in the face. YES....I WANTED TO PUNCH OUT A FICTIONAL CHARACTER!!!

On page 187 of Twilight, Edward whines about how he, "...doesn't want to be a monster". Dude, you are a VAMPIRE....deal with it, vampires are monsters!
Okay, take this guy for instance... 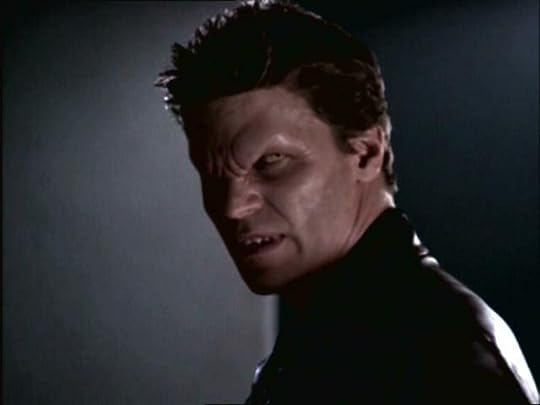 He had the same exact problem. He didn't want to be a monster either. However, he didn't sit around bitching and moaning about it. NO...he went and did something about it...he tried to help people!

EDWARD CULLEN IS THE SADDEST EXCUSE FOR A VAMPIRE I HAVE EVER SEEN!!!

He did not own his own castle in Eastern Europe, and try to vampirize London like Count Dracula almost did! He did not become a rock star overnight like Lestat did! He never saved the world like Angel and Spike did!

No, He just goes back to High School over and over again in a boring-ass town, drives around in a shiny silver Volvo, and prances around in the woods like a damned sissy!
Even this guy makes for a better vampire than Edward Cullen does... 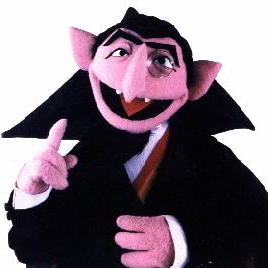 3.) Character Development. I've already discussed the problems with Edward and Bella. The rest of the characters are all one dimensional. They are like cardboard cut-outs. To be fair, the only character I really liked was Alice. Even if she was a sparkly vampire, she was still kind of cool.

4.) Word Usage. A writer should never overuse a word when writing a book. Meyer, on the other hand, does to death with words like "Topaz", "Velvety" and "Adonis". Pick up a damned Thesaurus, Stephenie! Oh, I almost forgot, there is also this word which she overuses........”Chagrin”!!!!! Now, I went and looked this up in the Dictionary. Yes it is a real word, it does exist, here's what it means...

Chagrin (she-grin') noun 1. A feeling of embarrassment, humiliation, or annoyance. 2. To cause to feel chagrin. See Syns at embarrass [Fr.]

...this is a hideous word however, what is this woman's obsession with it?

Mod
You'd think that with all the money she charges for autographs, that she could at least afford a decent thesaurus.

Mod
Meyer probably uses her Thesaurus as a damned coaster. Or maybe she uses it as a surface to snort lines of cocaine off of while she's writing. I seriously think she is on drugs. That would explain the stupid shit in Twilight.

I think this this the first time that I even said I liked the movie better than the book. I liked the idea she had with the story it just wasn't written all that well. I felt like I was reading a normal sentence and she just threw in a big word into it to make it sound "smart". This is something that I hate seeing writers do. Not every word needs to make the author sound like a literary genius. I'm read some books that just keep it plain and simple and I loved it. Then there are some that just try so hard to sound "smart" that half the time I'm trying to weed through all that crap to find the story.

When I got to the last one I put it down at least three times and just kept saying, "I can't. I can't read this anymore." The only reason I wanted to was because I like reading books before movies come out so I can compare them later on. And I wanted to finally read about them finally having sex. Even that was somewhat disappointing. I wish there was more to it but I understand why there wasn't much there because it's geared towards kids and teens. So I barely got through the last book.

But I did like the story just not the characters that much.

My all time favorite character in the book was Victoria. Now that was a love story. Her mate go killed off and she vowed to see him revenged. If anything I would love to see her write the story from Victoria's point of view. I always sided with her. Then Edward had to go rip her head off. I think it would have bet a better ending if Edward or Bella died. I'm leaning more towards Edward dying. Then Bella would have had to live without him and raise the child.

Mod
I could only get through the first book. After that I was like, "NO MORE!".

I think she should never write a book ever again.

Dan wrote: "Meyer probably uses her Thesaurus as a damned coaster. Or maybe she uses it as a surface to snort lines of cocaine off of while she's writing. I seriously think she is on drugs. That would explain ..."

Cocaine would explain quite a bit, wouldn't it? It would explain her obsession with things that are white and shimmer in the sunlight...like her vampires' bodies...or "snow". I think you have unlocked the secret to the evil that was unleashed upon our culture's psyche. Myer's is blitzed out of her damned mind. hahahaha

Mod
Keair wrote: "Dan wrote: "Meyer probably uses her Thesaurus as a damned coaster. Or maybe she uses it as a surface to snort lines of cocaine off of while she's writing. I seriously think she is on drugs. That wo..."

So are you guys team Edward or Jacob?

Mod
Jacq wrote: "So are you guys team Edward or Jacob?" 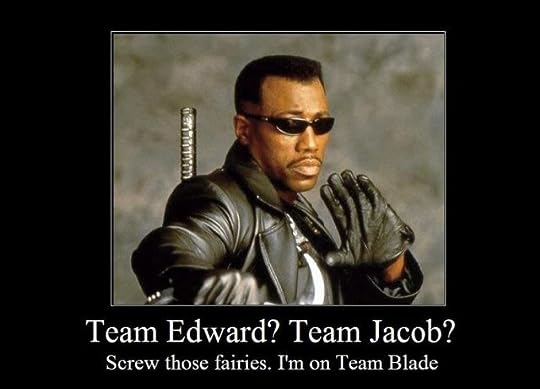