Mod
the people in woods that are chasing people
You may use creatures you've seen anywhere.
They must have legend to them! 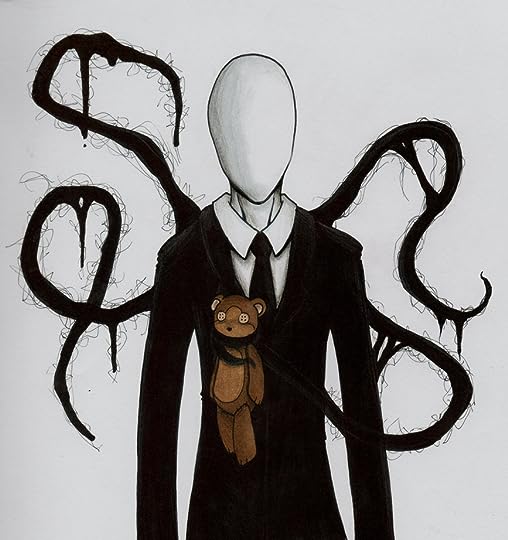 The Slender Man myth has been passed down for generations. He is described as wearing a black suit, white shirt, and a tie, and as the name suggests, appears very thin and able to stretch his limbs and torso to inhuman lengths in order to induce fear and ensnare his prey. Once his arms are outstretched, his victims are put into something of a hypnotized state, where they are utterly helpless to stop themselves from walking into them. He is also able to create tendrils from his fingers and back that he uses to walk on. Whether he absorbs, kills, or mearly takes his victims to an undisclosed location or dimension is also unknown as there are never any bodys or evidence left behind in his wake to deduce a definite conclusion.

Not much is known, as no specific information is ever given about origins, but his objective and habitat are made very clear. He has the need to kidnap children, and is seen right before the disappearance of a child or multiple children. He seems to prefer fog enshrouded streets and wooded areas as a way to conceal himself from being noticed. It should also be noted that children have been able to see him when no other adults in the vicinity could. Children also have dreams or nightmares concerning The Slender Man before their disappearance. Confiding these stories to their parents are met with the usual parental admonition: overactive imaginations.

(Source: http://www.mythicalcreaturesguide.com... with slight edits by me)

Slender Man has also been known to follow teens and even adults. A few stories tell that he started following them as children and continues to haunt them until they either commit suicide or go missing. In other stories, he follows people who see him, or simply know about him. People have apparently been driven insane by thoughts, dreams, and/or paranoia about Slender Man.

Slender Man also has quite a few powers. Some far fetched, others not as far fetched. Among these powers are the powers to invade peoples dreams, start fires (read this in the SA thread somewhere. Something about him starting blue fires), the ability to emit EMP of sorts, teleportation, and others.
(I did not write this I found it on a website!)
powers?/weapons?:in the legend
other: nope 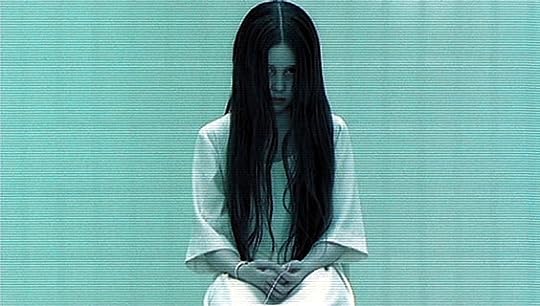 )
history: She lives in a tape she made when she was human. The tape will project anywhere and without a source. It will project on any object and she will come through the tape, targeting all those who have seen it.
Legend: She has a tape that if you watch you will die seven days after watching.
powers?/weapons?: no
other: None

Name: Vixen
last: Cosmos
nickname: Vixie or Cosmi
personality: Tbrped
age: 18
gender:Female
look: http://weheartit.com/entry/39532868/v... , http://weheartit.com/entry/40112992/v... Her outfit just without the glasses and hat.
history: She dosen't remember her past.
Legend:In Greek mythology the Sirens or Seirenes (Greek Σειρῆνας) were Naiads (sea nymphs) who lived on an island called Sirenum scopuli, or in some different traditions,some place them on cape Pelorum others in the island of Anthemusa, and others again in the Sirenusian islands near Paestum, or in Capreae which was surrounded by cliffs and rocks. Approaching sailors were drawn to them by their enchanting singing, causing them to sail into the cliffs and drown. They were considered the daughters of Achelous or Phorcys. Homer (not Simpson) says nothing of their number, but later writers mention both their names and number ; some state that they were two, Aglaopheme and Thelxiepeia; and others, that there were three, Peisinoe, Aglaope, and Thelxiepeia or Parthenope, Ligeia, and Leucosia. Their number is variously reported as between two and five, and their individual names as Thelxiepia/Thelxiope/Thelxinoe, Molpe, Aglaophonos/Aglaope, Pisinoe/Peisinoë, Parthenope, Ligeia, Leucosia, Raidne, and Teles. According to some versions, they were playmates of young Persephone and were changed into the monsters of lore by Demeter for failing to intervene when Persephone was abducted. The term "siren song" refers to an appeal that is hard to resist but that, if heeded, will lead to a bad result.

Within the tales of Greek Mythology there were a couple documented cases where the siren song was thwarted. The first were the Argonauts whom had Orpheus play a tune louder than they, the second was Odysseus' men who plugged their ears with beeswax. Odysseus alone volunteered to hear the song whilst tied to the ship's mast. This second escape resulted in the Siren's killing themselves out of shame. It was because of this that later writers would say the Siren's were fated to die should a person hear their song and escape unharmed.(I didn't write this got it from this website http://www.mythicalcreaturesguide.com... )

personality: Darla is a sweet, adorable, bloodthirsty dolly. She is so very lifelike, even when she is tearing your limbs off with her scarf. She wanders around the Big House and plays outside on the big trees. Oh, how she wishes for a friend! But all her friends scream! Can you belive that? They scream, so Darla has to kill them
Age: 3 and 1/2
Gender: Female
look: http://geminianstar.deviantart.com/#/...
Darla has rotted green, cloth-like skin with a dark red button that seems to cry blood. Her hair is red twin with one ponytail held up with a green marble. The other side of her face, however, is a human face. The eyes are bloodshot and rotting while the eyelid is torn off. The mouth is gapped open in a permenant scream.
History: Unknown
Legend: She would be sold to little children, looking like a regular doll. But, when the full moon came out, Darla would take the children to the forest, kill them, and hang them from trees.
Powers?/weapons?: She can transform from a scary monster to a pretty dolly(view spoiler)[ 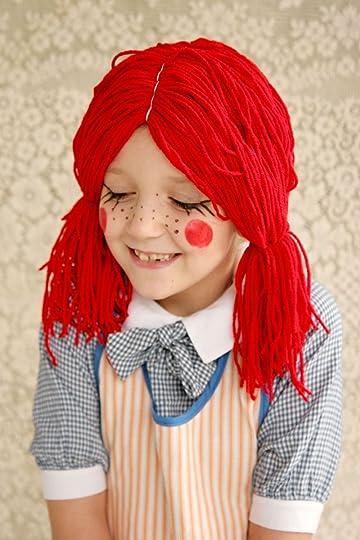 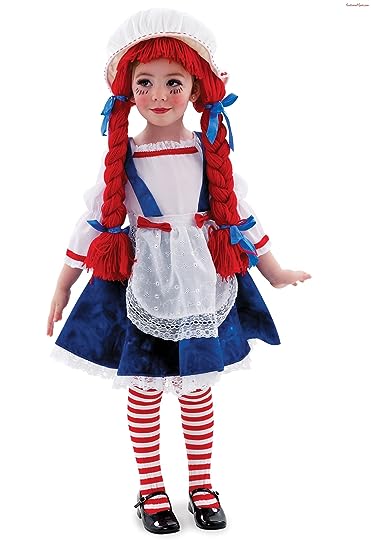 (hide spoiler)]. She usess her scarf as extra limbs and she can talk.

Neat charrie i just cant seem to figure out what vixen should be :P

Morgan wrote: "Neat charrie i just cant seem to figure out what vixen should be :P"

Hmm i was thinking maybe that what do you think?,Think that would fit her?

ok! What about a siren? She seems like a siren =3

I wanna make a friend for Darla is that okay? 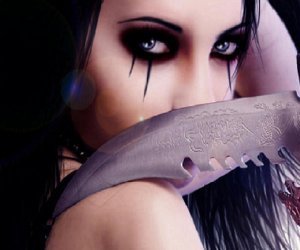 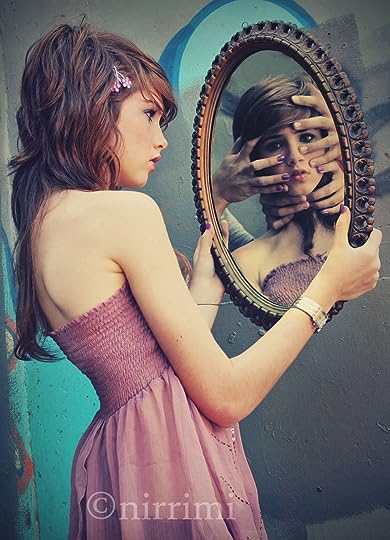 history:she has been seen with slender man recently
Legend:as a young girl she befriended a tall man named Slender Man she came close to him and he was like a father to her. He taught her everything she knows. So if you see Slender Man she most likely around as well.
powers?/weapons?:she has no powers but has a lot of knifes and has a lot of fight skills
other: nope

Name: Xylyn
last: Rae
nickname: Xy or Raelyn
personality: Xylyn is often misunderstood by people thinking his attitude is rude,But really he is just confused and lost within his own thoughts,He can't help coming off as rude,He is nice to his friends,He is smart for his age.
age: 4 is what he looks though he real age ia unknown
gender: Male
look: http://www.google.com/imgres?q=brown+...
history: He dosen't remember it.
Legend: He is cursed to drink blood as a half vampire,He is also a demon/Daemon,His thoughts are often dark,Though he is only four in his eyes he is older,When he was two he murdered his adoptive parents due to his dark thoughts,He re-lives the murders in his nightmares,With humans they age each year,As for him he ages only every three years,(This is all i can think of to write at the moment,Creativity is running low :P)
powers?/weapons?:Hmm none at the moment.
other:

Mod
Morgan wrote: "Name: Xylyn
last: Rae
nickname: Xy or Raelyn
personality: Xylyn is often misunderstood by people thinking his attitude is rude,But really he is just confused and lost within his own thoughts,He can..."

Name: The Willow Keeper
nickname: none
personality: Evil, Murderous, and Merciless.
age: As old as the willow. (as the legend goes)
gender: Unknown
look: There are no pics of it so I will just describe it,

The Legend of the Willow

Read if you dare

(view spoiler)[
On a long forgotten battlefield in a lost land, there is a single willow atop a hill.
This willow is known as the gateway to an old World far more evil than Muspelheim.

Protecting this gateway is The Keeper. Who, wielding the axe of Torture, cuts down and shreds the bodies of those who come close.

Nothing more is known about it, for the Keeper has killed all those who know anything of it.

Well, almost all. The Keeper is always hunting and never gives up until its prey is dead. (hide spoiler)]
powers?/weapons?: If it is killed, it just comes back the next day. It wields the Axe of Torture, and many knives with which it shreds its victims. I can appear in three places at once. It is not killed easily (it can take a sniper to the head, from point blank range). It knows where you are.
other: This is based on truth 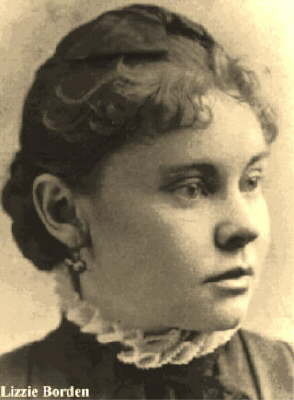 history: She killed her parents by butchering them with an axe
Legend:
Lizzie Borden took an axe
And gave her mother forty whacks.
When she saw what she had done,
She gave her father forty-one.

you want to be her? I just wanted to put her here

I don't want to do it

you can be her.

Mod
Name:Masky or you can call him OP. His real name is unknown.
last:unknown
nickname:OP (Pronounced as like this O.P.)
personality:in rp
age:unknwon
gender:male
look: 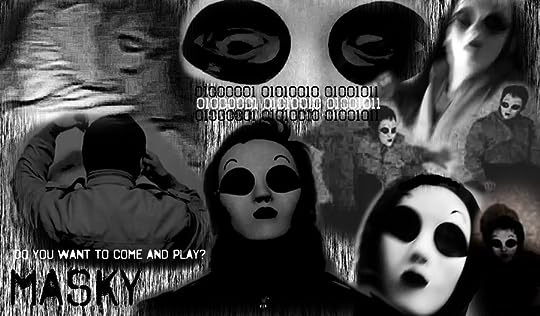 Who ever wants to be hoody just ask! He's the other Proxy for Slender Man. I'll make his profile so you don't have to. 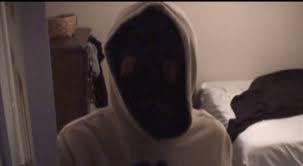 better pic but it's anime: 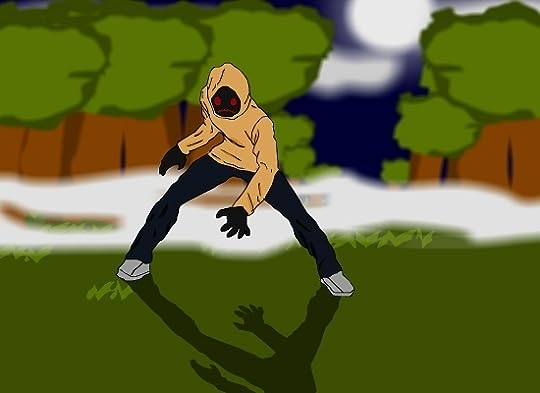 Name: Mary
last: Tudor
nickname: Bloody Mary
personality: Mary is very stealthy and can get away with nearly anything. Her victims can hardly even tell that she's coming for them until she's already there.
age: unknown
gender: female
look: https://encrypted-tbn3.gstatic.com/im...
history: unknown
Legend: Mary was a girl killed in front of a mirror. From that point on, anyone who stands in front of a mirror, or even passes by one, will have their eyes drained from their heads.
powers?/weapons?:none
other: nothing

((I liked that episode. I knew she was not dead the first time though))

Mod
Hey guys I really need someone to play Hoody