Mod
The Yankees never won the American Civil War in 1860, and the confederates created their new, successful country.

After a few years, the place gets corrupted, a new power comes into play. Men become the greater power, women become a liability.

There are districts in each region of the country, and in each district there resides a powerful man who acts almost like a mayor. There he owns a mansion, as well as a branch of a building called the "Enhancement Center".

There he keeps all the women that he wants to warm his bed and serve his castle.

Few men are here because they're out fighting in the military that has basically become the men's form of religious worship. Along the borders of the confederate country the Northern Americans put Praguedikes there (A creature of half wolf-half bear-half tiger) because another war has started. They want to keep the confederates in their own country, but they fight back anyway.

While this goes on, women, who have become the scum between men's toes fear them. They stay in line.

Mothers bear children, stay until they hit menopause, are taken away and slaughtered. If they have a boy, he is taken at fourteen and put into the army. If she has a girl, and the girl is healthy and beautiful, she is taken at sixteen to the enhancement center, where some features are changed to be made more beautiful and she is put into the district owner's mansion as a slave. Other girls will be deemed good for child bearing, put into a prostitute institution for soldiers who want a woman to pleasure him, she will be get pregnant, and the cycle starts over.

Deformities, cripples, anything not perfect in anyway will just be slaughtered.

But wait. There is hope.

There's a rumor that one woman by the name of Marie had escaped into the borders, encountered Praguedikes, survived.

Americans took her in, she had a future ahead for herself.

And now every woman looks in that direction, but still fears the Praguedikes and fears the men.

(We'll see how this goes. I wrote a short story about it.)

I smiled when i recognized the story :)

Mod
I'm interested! give me some time to make a character though. I have a lot of stuff to do.

reply | flag *
message 5: by [deleted user] (new)
Nov 08, 2013 09:06AM
Name: Sarai
Age: 18
Gender: female
Personality: Sarai, on the outside at least, is a dutiful man fearing young girl who was thrust into the mayors 'Enhancement Center' at the age of sixteen. On the inside is a girl filled with hope and daring, just waiting for the chance to escape and run off just like Marie did and no longer have to be the slave she is now. But for now, she bides her time, waiting for her chance like a wolf closing in on their prey, continuing to play the role of a dutiful and scared young lady.
Appearance: 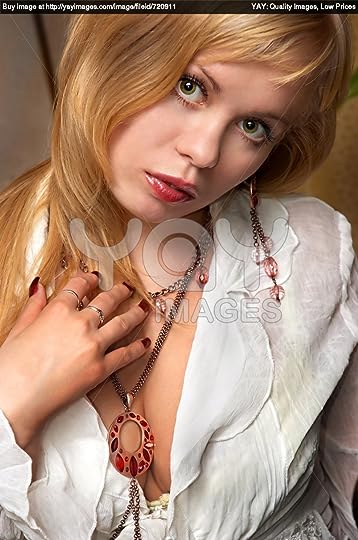 Rank: Slave girl
Interrelations: none as of yet
Kin: Her mother was deformed shortly after giving birth and killed, she knows not her name
Other: She has yet to be taken to bed and as such is still pure.

I may or may not participate in this ^-^

Mod
Name: Alexander Wittworth
Age: 38
Gender: male
Personality: Roleplayed
Appearance: Roleplayed
Rank: Nobleman; Grand Duke of Jackson; The District Mayor
Interrelations: He's in great accordance with the Oligarchical leaders of the Confederacy, and he is invited to most meetings secretly.
Kin: None of yet as important to the roleplay
Other: He owns several mansions and visits the prostitution buildings quite often. He's a 'busy man' with no intention of letting power slip from his grasp. He also is given control of a whole sector of soldiers, thus his own home is surrounded by soldiers.

Mod
Yes ma'am, of just a specific District in which I believe most of our characters are going to start.

What about Eden? That could be a somewhat ironic twist, since Eden is usually considered a sanctuary.

Mod
That would be awesome, actually.

Mod
I can start us off

Mod
I can make more characters if you'd like, or she can belong to Alexander. He has multitudes of slaves.

idk I kinda want her to be like the right hand slave or whatever you would call it, if you know what I mean?

Mod
Um probably not. I have a bit of homework to do.

Mod
Name: Erik Blume
Age: 23
Gender: Male
Personality: Roleplayed
Appearance: Roleplayed
Rank: Soldier
Interrelations: Wittworth is his general and commander
Kin: None for now
Other: He is mysteriously unlike the other men.