Rank:Are you a simple mutated that lives among the others,or are you someone whos trained to find the sooners?

Hair:Dark brown hair that swoops to the side

Body Type:Hes slender but he has an athletic and toned body,muscles an all.

Personality:Drake can be evil,cocky and arrogant under the mothers power,but the times shes not controlling him,he feels confused.He feels like what he is,isnt really him.Hes actually very caring,and sometimes,he just wants to be immune so he can escape.

History:Drake has been a mutant his whole life,though ever since he was let into the city,hes been having doubts about the mother.Hes tried to escape but mother has always controlled him.Hes always been controlled by mother and she always knew when he would attempt to leave.

Appearance: Like his sister Bryce has dark hair though his is much darker, practically black. Rather than Skylar's amber eyes Bryce inherited his mother's icy, dark blue eyes which sometimes are covered by his too long hair. He has angular features as well as eyelashes that any girl would kill for. His lips are full and light rosy pink shade which are usually curled into a dark smile or a scowl of some form. Bryce is tall with long lanky limbs, he is more lean than muscular but is perfectly tone. Bryce towers over most people since he stands at around 6'3". 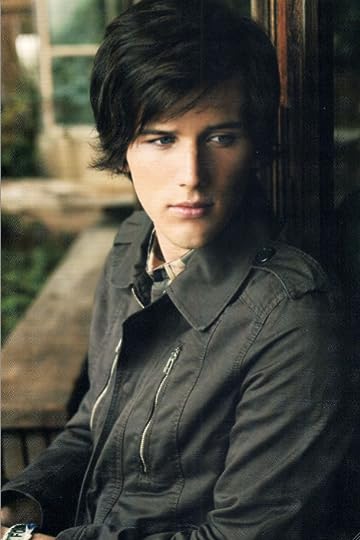 Personality:
Bryce is exactly what you would expect of a mutant; cold, dark and heartless. He will do anything to please the mother and never thinks twice of it, he has never worried about his wrong doings. Deep, deep down in Bryce there is still that flicker of recognition and disgust in himself but it's too deep down for him to feel. Bryce will sometimes come off as arrogant and egotistical because he has always thought very highly of himself and see himself as better than everybody else. Oddly enough though he still feels the need to protect his little sister just like any other big brother would feel.

History:
After Bryce was transformed he felt powerful, like he could do anything; he loved it. He loved the feeling of being able to do anything and he was grateful to the mother for what she had done to him. He grew up being loyal to the mother just as the other mutants were but he couldn't shake the feeling that something was wrong. Deep down in his subconscious that he couldn't reach knew that he was doing wrong. Every night since he had changed he woke up from nightmares but as soon as he opened his eyes the dreams disappeared. He never thought much of them and simply went on doing the horrid things the mother told him to do.

Over the years he noticed that his sister was different, she appeared to be a lot like the sooners he was trained to capture. He never said anything nor did he act on his nagging worry but he has always been keeping an eye on her to make sure she doesn't try to run. 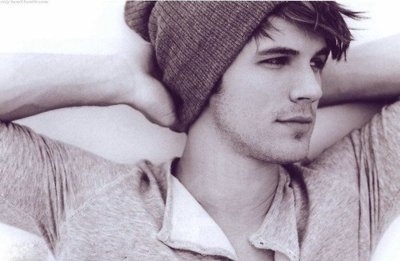 Hair: Brown with hints of blonde from the sun

Personality: Wyhm is a very determined and passionate individual. He likes to stay focused and on task with a clear head. But sometimes it is really hard for him to discern what is right and wrong. When he was mutated, only about 85% of the 'change' affected him. Oddly enough, the part that didn't fully affect him was the want for evil and unquestionable loyalty for the mother. At some points he's completely in her power, gullible like the rest of them, and then other times he's confused and questioning, doubting the rightness of everything. It makes for a very frustrating time.

History: When Wyhm first discovered his abilities granted by the mother, he was completely unnerved by it. It just felt...unnatural. The way he changed shouldn't be possible, yet it was. It bothered him for quiet some time, until eventually he told someone of his uncertainty and was quickly put into place with the lines, "Oh, but this is what the mother wishes. You wouldn't want to displease her, would you?"
Yeah, that made him accepting of it real quick.

Likes: He likes to imagine stories in his head to distract himself from whats really going on, math (he usually does complex problems to calm or focus himself), oddly enough he likes fighting.

Dislikes: Being confused, generally hates being injured since he likes being in constant motion,

Crush: None, really. Open to both genders though.

Species: Werewolf (what he looks like as a wolf, except abnormally large
[image error]

Hey, someone wanna make a sooner hunter fall in love with a sooner? Please, it'd be awesome!!!

Yay, I have a sooner girl named Annalisia if you want to check her out and maybe we could RP them?

She looks awesome! It's cool if I just use Wyhm, right? :oo
And where do you wanna start them? ^-^

Yeah, Wyhm is cool. I asked if we could set up a sooner base in NYC, I was thinking maybe he and other hunters find and attack the base and he finds her and, like takes her, or something like that. If not we can try to find a different base.

Okay! If it gets set up you can start first c:

Mod
Guys next time make sure your both approved before you rp....

I am approved, she hasn't posted yet.

Mod
Well yes, but I was just saying. Even if I didn't inform you right now you both would have rped. And secret sooner bases are very difficult to find. It's not like the hunters would find it anytime soon.

They could find one, especially when it's directly under the eiffel tower. :( PWEASE, this is going to be beautiful, like ronan and em.

Mod
First of all, it wouldn't even be under the Eiffel Tower. And there are other ways.

And I didn't know you had to be approved, it didn't say so in the rules x.x But i guess it makes sense DX

And they don't have to find a sooner base, megan. Wyhm and ur charrie could just like, run into each other on the outskirts of town or something? I don't know 0.0

Mod
Oh Emily! Remember how I told you I was in a play? Tommorows opening night >.<

How about the forest, that RP has been dead since september?

Really! Awwh, good luck Jess!! I'm sure you'll be amazingggg ;DD You have to tell me how it went c:<

I'll post there tomorrow morning, hopefully you'll be approved be then, I'm going to sleep.