Name: Kate Yagami
Age: 16
Male/female: Female
Cage #: 2
Expeirement u r tested on: Fire
Personality: Hard headed, strong, will always stand up for my friends, loving, loves to have fun!
Appearence: Demon like wings with black hair and red, fiery eyes.
Other: Heart has been broken to many times to count. Yet, she still has a heart of gold. 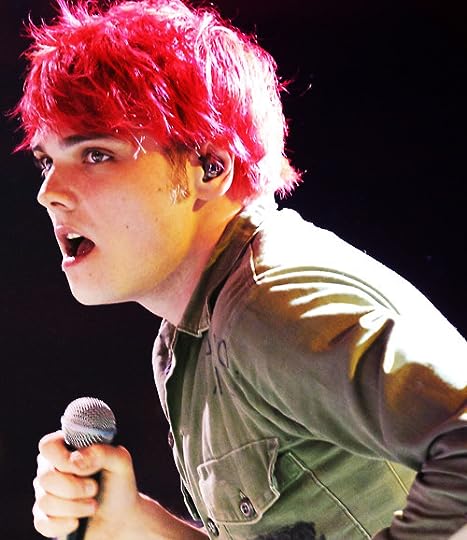 Personality: Rebellious and feisty. A very good fighter. Not good at listening to what people tell him to do. Very fierce and loyal to the death. Usually very charming but has a dark side.
Other: When stuck in this place, he will occasionally be found running a wrist against the shap parts of the cage sides. Scars linger.

((I have him on my wallpaper at school! XD My brother called him a freak. I punched him with my heavy ring. :) he shut up.))

Personality:Neil is extremely bubbly and dorky. He is enthusiastic about anything and everything and will do anything for a laugh. He is really loud and can be a bit of a dork. He has plenty of confidence and he has the kind of energy that just fills up a room. He is friendly to everyone and wants to see a good side in everyone.

His ability to see the good in everyone is often his downfall. He trusts his emotions way more than he probably should since most of his emotions are happy-go-lucky. He is often times crushed when betrayed but doesn’t show it.

Neil loves technology. It’s his thing. He just gets it. He likes making things too. Whether is some half working kind of whistle thing or a cool invention of some king its how Neil likes to spend his time, working with his hands. This shows how he interacts with the world as well, hands on. He needs to do things to understand and so sometimes he isn’t the most empathetic. He loves kids. The younger the better. He is a huge softy for the little ones. He likes them because well he is a kid basically. He likes the innocence and the trust that kids show adults. It’s like him. He loves anything sweet which again ties back into how he is a kid at heart.

Neil hates mornings. He is not a morning person at all. He wakes up a grouch who doesn’t talk much for the first 15 minutes or so after he wakes up or until he eats. He also hates blueberries. The small fruits just taste gross to him. He hates seeing anyone upset or hurt. He just wants everyone to be happy.

Appearance:Eyes: Neil’s eyes are a deep chocolaty brown, lightening towards his pupil. They have fleck of a Carmel brown in them. His eyes are wide and deep set. His lashes make up for it because they are thick and curly. His eyes area almost edging towards a circular shape. His eyebrows are thick and are pretty straight not arching much.

Hair: His hair is thick curly and brown. It gets natural highlights that aren’t that noticeable from the sun. His hair is longer than average but his mass amounts of curls cause it to look shorter.

General Appearance: His face is pretty ovally with a soft jawline. He has high cheekbones. His skin is fair with a light tan and he does not have freckles. He has dimples when he smiles. His lips are slightly feminine and are large and are tinted a light pink. His nose is pretty normal turning slightly up at the tip.

He is pretty lean. He doesn’t have spindly features his muscles aren’t big and buff. He doesn’t look like much of a threat. He has a “beauty mark” on his left cheek.

He is usually seen smiling and in some kind of laid back position. His face tells his emotions so if he isn’t smiling you can tell exactly what he is feeling.

Other: Has a younger sister Zoe

Zoe loves reading. Well she loves trying to read. She isn’t the greatest at it. She likes stories and magic. It’s her way of escaping. She loves pretty things.

Zoe hates food in general and doesn’t like crowds or people or loud noises or things that could surprise her. Zoe chews on the ends of her hair.

Zoe is extremely helpful or at least she tries to be. She is determined when she gets set on something. She is very tuned into other people’s intentions.

Appearence: Zoe’s eyes are the same color as Neil’s. They are a little thinner and less deep set than his. Her lashes are thinner. Her eyebrows have more of a curve arching over her eye.

Hair: Her hair is a dark brown with lighter brown streaks in it. It is shortish and very wavy and thick. It’s usually pulled back into some kind of bun or ponytail.

General Appearance: Her face is oval shaped even more so than her brother’s due to her baby fat. Her skin is lightly colors and has a light speckling of freckles. She does have dimples when she smiles. Her lips are thinner than Neil’s and are a slightly darker shade of pink.

She’s 4 she doesn’t have much muscle although she can kick hard and run fast.

Zoe isn’t one for smiling. She usually looks very serious or serene. She is shy and her body language reflects that as she tries to hide herself by tucking down into herself most of the time and looking at the ground. She has a scar that runs from about midneck to her belly button from the surgery that they performed on her when she was little.

Name: Breeze
Age:15
Male/female: Female
Cage #:15
Expeirement u r tested on: Roadrunner/Human
Personality: Animated, bouncy and exuberant. The one who is never without a smile. Has the ability to travel at the speed of light.
Appearence: Willowy figure, straight dark brown hair with flashes of gold. Darting hazel eyes with flecks of gold. Pale complexion.
Other: N/A