This topic is about The Hobbit, or There and Back Again
33 views
Dragon characters! > Smaug

Mod
Here he is, the treasure hoarder himself!

Mod
Ya, the model of all dragons. Envy him!

Mod
Run from Dale, that is what I am doing!

Mod
We all wish could though, huh?

Mod
Even if they are suicidal! You just can't pass them up when they come your way, so keep your eyes open!

Alexis wrote: "Oh, yeah. I'd just love for a throng of dwarves and a wizard named Gandalf to come knocking at my door; I'd love to face trolls and giant spiders and goblins.

Now, that made me sound completely su..."

I have to agree with you! I would love an adventure like that. Sadly i am still waiting for Gandalf as he has been gone many years from this land...I just loved the excitement and the journey of The Hobbit, from trolls to giant spiders to Elves and great battles under a mountain - it was just thrilling. Oh, and i also want to meet Beorn and have tea with him! 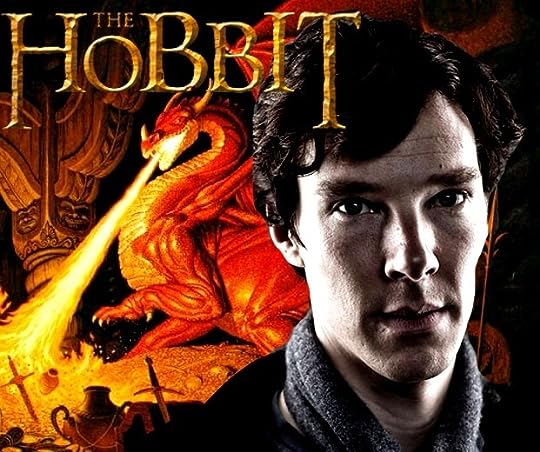 Benedict Cumberbach as Smaug. If it is anything like Andy Serkis as Smegol/ Gollum (and the voice), then i cannot wait! 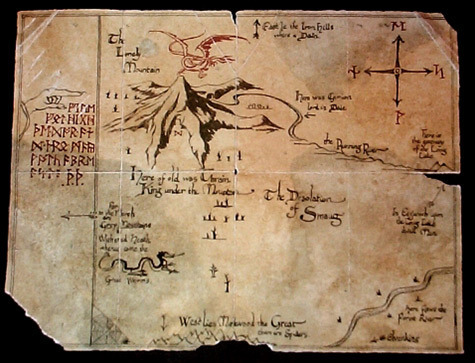 The journey to the lonely mountain... 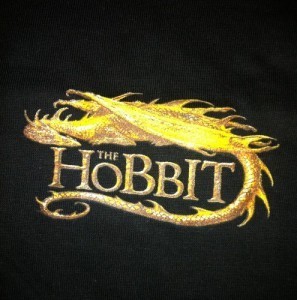 Hahaha! I didn't expect that. Hahaha!

Mod
I am still waiting for my wizard too!

Mod
Alexis wrote: "Awesome, Lucinda! I can't wait either, it's going to be (please please please) so awesome! *gumbles* Although they probably only give us a glance of the dragon in the first movie....."

They will build up better anticipation that why if not happy dragon seeker!

Mod
We will have to see! *getting the jitters because of impatience*

I was disappointed in so much of The Hobbit, but the scene with Smaug was awesome. :D I'm really looking forward to hearing Benedict Cumberbatch play him (just found out today that he's doing the motion detection thing).

I was disappointed in so much of The Hobbit, but the scene with Smaug was awesome. :D I'm really looking forward to hearing Benedict Cumberbatch play him (just found out today..."

Ikr can't wait. Why were you dissapointed? :(

Mod
He is going to be a awesome dragon on screen!!!

I was disappointed in so much of The Hobbit, but the scene with Smaug was awesome. :D I'm really looking forward to hearing Benedict Cumberbatch play him (just fou..."

It took me a whole month to reply to this? :/ Mea culpa. Seriously, I don't know how I missed this.

First, I want to say that I'm a huge LOTR fan. I still watch the trilogy on a frequent basis and think it's one of the best, if not THE best adaptation of a fantasy novel out there.

That said, some of the things that disappointed me were the editing, the excessive nods to LOTR fans (the scene between Frodo and Bilbo shouldn't have gone on nearly as long as it did), the awful dialogue, the ham-fisted treatment of emotional moments, uneven storytelling, juvenile attempts at humor and I should probably stop now before I really start ranting.

I think the thing that irritated me the most is that it could have been a more fun, more entertaining, more impressive and deeply moving film, if they had just stuck with the original plot instead of turning it into LOTR 2. Martin Freeman is perfect as Bilbo. All the actors, in fact, did a fantastic job with what they had. And I'm still looking forward to Benedict Cumberbatch as both Smaug and Necromancer/Sauron. It's just, if the first one is any indication, I'm guessing all three will feel bloated and that's just sad. The Hobbit is a fun book. It deserved better.

Mod
Cole wrote: "Here he is, the treasure hoarder himself!"