"In Bed" with Joshua Ferris

When Joshua Ferris's debut novel, Then We Came to the End, was released, grammarians sat up and took note. Ferris's use of the first-person-plural point of view (everything is told from "our" perspective) made for a darkly comic satire of American corporate culture. Set in a Chicago advertising agency in the turbulent late 1990s, Ferris's book captured the corporate zeitgeist of 2007 and earned comparisons to the comic strip Dilbert and Joseph Heller's classic Catch-22. His new novel, The Unnamed, follows the circuitous path of Tim, a successful lawyer with a beautiful wife and comfortable home, who suffers from bouts of undiagnosed illness. This "unnamed" disease gives him a compulsion to walk, so he loses his job and sets off on foot across the United States. Ferris shares his favorite "on the road" books for all the wanderers and dreamers out there.

"Is this an on-the-road novel? Not in the Kerouac sense. But it sure feels like the narrator—chronically poor, starving, moody, hallucinating—clocks as many miles wandering around his Scandinavian town as Sal Paradise does throughout all America."

"'Not knowing where I was nor consequently what way I ought to go,' Molloy reminisces, 'I went with the wind.'"

"Coetzee's protagonist chooses the freedom of his feet over the false (and imposed) haven of a war camp—and living like an animal becomes the essence of nobility."

The Dog of the South by Charles Portis

"Ray Midge heads to Mexico to find his wife, who's run off with Guy Dupree, who's taken Midge's credit card and Ford Torino—only to be told by Mrs. Symes in Belize that, at 26, 'All the little animals of your youth are long dead.'"

"The bemused narrator of this literary mystery moves from New Jersey to Brooklyn to the beaches of Southern California, making odd and often moving human connections along the way." 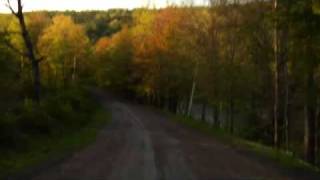