Sebastian Junger's Thanksgiving Message on the Power of Homecomings 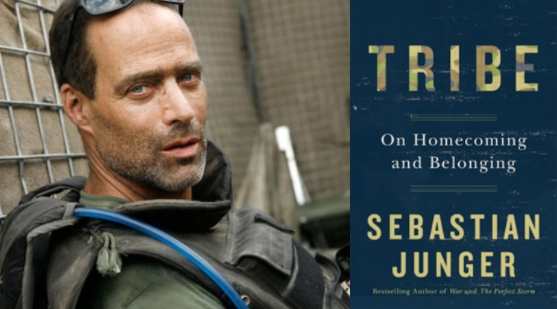 As Americans look forward to Thanksgiving, Goodreads asked author Sebastian Junger to share his reflections on the power of homecoming, unity, and belonging. It's a topic the Perfect Storm author and war journalist closely examines in his new book Tribe, which discusses the importance of community and the struggle veterans experience when returning from war. 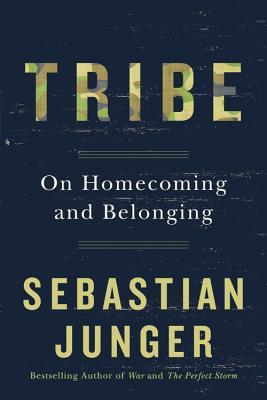 As Robert Frost famously wrote, "Home is the place where, when you have to go there, they have to take you in."

The implication is that the bonds of family transcend even deeply entrenched hostility. You may loathe your older brother or your crazy aunt, but when they show up on your doorstep, they get to come inside.

One of the reasons that many soldiers — and even civilians — find themselves missing war is that any existential threat forces people to treat those around them like family. Humans evolved to survive in small, mobile groups of forty or fifty people — exactly the size of a platoon — and we clearly respond to those circumstances in extremely positive ways.

Time and time again in history, civilians have forged incredibly strong bonds in the face of wars and earthquakes and floods and gone on to miss those heady times of cooperation.

"We would really have all gone down to the beaches with broken bottles"one English woman remembered of the public's determination to fight the Germans. That kind of moral certainty feels deeply good to our Stone Age selves.

Today the United States is in an awkward and confusing moment in her history. On the one hand we are a relatively safe, stable society where civilians don't need to go down to the beaches with broken bottles to fight an enemy. On the other hand, people suffer a very real and poignant loss of unity when their lives are not at stake.

The horrific infighting and disrespect that we see now at the highest levels of government would stop immediately if we faced a tragedy like Pearl Harbor or 9/11. For a while, at least, Americans would experience the intoxication of feeling like one big family.

There are others ways to experience commitment to your country, however. Recently I met an old man who was sitting in a wheelchair with the stump of his right leg wrapped in bandages. He was struggling to get into the passenger side of his car, and I offered to help him. He said that this was a new situation for him and he was still figuring it out."You seem very brave about it,"I said, and to my surprise he looked at me like I was the biggest fool he'd met all week.

That man was clearly putting the welfare of other people ahead of his own. Not only is that good for his country (imagine if we all did that) but he was also buffering himself from his own very real suffering.

Psychologists know that when you put others first, you experience your own pain far less intensely. In its ideal form that's how family works, but a nation can work that way as well.

When you sit down with your family this Thanksgiving, think about the man in that wheelchair and what he can teach us about belonging to a wealthy nation that has divided its people and its government in deeply terrifying ways.

Sebastian Junger's latest book is Tribe. And add more of Junger's books to your Want to Read list here.