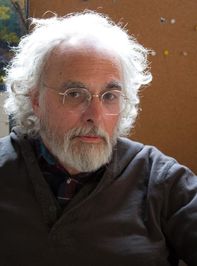 “That fist he was raising at me would wham into the cupboard door, hurting only himself. I saw it all happening, then it really did happen. But I didn't understand the whore thing. Why was he confusing the drinking with the other? Then I got it. Obvious. It was all mixed up for him, all the same thing: the drinking, the other, anything that could make a woman free.”
― David Gates
tags: freedom, relationships, whores, women
7 likes
Like

“Seth's official reason for still smoking weed is that he doesn't want to, quote, go native, meaning end up one more suit on the train. (He in fact does wear a suit to work.) He wants them to, quote, live nicely, in a big house where family can come visit (kids, of course, in the back of his mind), but at the same time he doesn't want to get less crazy. So he'll smoke up before he goes for a run, and he's found a dentist in Danbury who still gives gas.”
― David Gates
tags: dentist, weed, yuppies
0 likes
Like

“Waking up in full daylight, he dials 0 and asks if this is Saturday. A reproachful second goes by before the operator says, “This is Friday, sir.”
― David Gates, Preston Falls
0 likes
Like