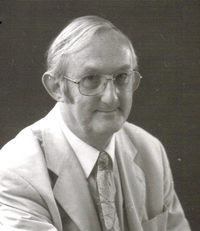 “Recollect, Gentlemen, what was my situation. Recollect that my family was ruined and myself destroyed, merely because it was Mr Perceval’s pleasure that justice should not be granted; sheltering himself behind the imagined security of his station, and trampling upon law and right in the belief that no retribution could reach him. I demand only my right, and not a favour; I demand what is the birthright and privilege of every Englishman. Gentlemen, when a minister sets himself above the laws, as Mr Perceval did, he does it at his own personal risk. If this were not so, the mere will of the minister would become the law, and what would then become of your liberties? I trust that this serious lesson will operate as a warning to all future ministers, and that they will henceforth do the thing that is right, for if the upper ranks of society are permitted to act wrong with impunity, the inferior ramifications will soon become wholly corrupted. Gentlemen, my life is in your hands, I rely confidently in your justice.”
― Rodney Castleden, Assassinations and Conspiracies
0 likes
Like

“of”
― Rodney Castleden, the world's most evil people
0 likes
Like