Discover new books on Goodreads
See if your friends have read any of Elizabeth S. Anderson's books 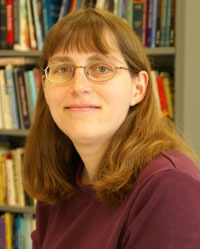 “Much of what it takes to succeed in school, at work, and in one’s community consists of cultural habits acquired by adaptation to the social environment. Such cultural adaptations are known as “cultural capital.” Segregation leads social groups to form different codes of conduct and communication. Some habits that help individuals in intensely segregated, disadvantaged environments undermine their ability to succeed in integrated, more advantaged environments. At Strive, a job training organization, Gyasi Headen teaches young black and Latino men how to drop their “game face” at work. The “game face” is the angry, menacing demeanor these men adopt to ward off attacks in their crime-ridden, segregated neighborhoods. As one trainee described it, it is the face you wear “at 12 o’clock at night, you’re in the ‘hood and they’re going to try to get you.”102 But the habit may freeze it into place, frightening people from outside the ghetto, who mistake the defensive posture for an aggressive one. It may be so entrenched that black men may be unaware that they are glowering at others. This reduces their chance of getting hired. The “game face” is a form of cultural capital that circulates in segregated underclass communities, helping its members survive. Outside these communities, it burdens its possessors with severe disadvantages. Urban ethnographer Elijah Anderson highlights the cruel dilemma this poses for ghetto residents who aspire to mainstream values and seek responsible positions in mainstream society.103 If they manifest their “decent” values in their neighborhoods, they become targets for merciless harassment by those committed to “street” values, who win esteem from their peers by demonstrating their ability and willingness to insult and physically intimidate others with impunity. To protect themselves against their tormentors, and to gain esteem among their peers, they adopt the game face, wear “gangster” clothing, and engage in the posturing style that signals that they are “bad.” This survival strategy makes them pariahs in the wider community. Police target them for questioning, searches, and arrests.104 Store owners refuse to serve them, or serve them brusquely, while shadowing them to make sure they are not shoplifting. Employers refuse to employ them.105 Or they employ them in inferior, segregated jobs. A restaurant owner may hire blacks as dishwashers, but not as wait staff, where they could earn tips.”
― Elizabeth Anderson, The Imperative of Integration
2 likes
Like

“Far from being a truly independent guide to moral conducts, the…[holy books are]… like a Rorschach Test: which passages people choose to emphasize reflects as much as it shapes their moral character and interests.”
― Elizabeth Anderson
1 likes
Like

“We are told that our choice is between free markets and state control, when most adults live their working lives under a third thing entirely: private government.”
― Elizabeth S. Anderson, Private Government: How Employers Rule Our Lives (and Why We Don't Talk about It)
1 likes
Like


Is this you? Let us know. If not, help out and invite Elizabeth to Goodreads.