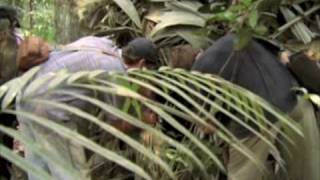 Twitter
montereel1
Genre
History, Nonfiction
edit data
MONTE REEL is the author of two previous books, Between Man and Beast and The Last of the Tribe. His writing has appeared in The New Yorker, The New York Times Magazine, Harper's, and other magazines. He currently writes for Bloomberg Businessweek as part of its Projects & Investigations staff, and previously was a foreign correspondent for The Washington Post. He lives in Illinois.

“One of them confessed to Paul that his tribe had heard stories about the fiercely cannibalistic ways of white men. Paul's first instinct was to laugh him off as a simpleminded fool. But the legend hadn't been conjured from thin air. When Paul tried to assure him that white men didn't eat black men, the man confronted him with a direct challenge: explain why they bought and sold Africans as if they were cattle, not human beings.
"Why do you come from nobody knows where, and carry off our men, and women, and children?" the man asked Paul. "Do you not fatten them in your far country and eat them?”
― Monte Reel, Between Man and Beast: An Unlikely Explorer, the Evolution Debates, and the African Adventure That Took the Victorian World by Storm
tags: africa, exploration, history, slavery
4 likes
Like

“He couldn't drive the horror of cannibalism from his brain, just as he couldn't wholly suppress a simple observation that seemed to rebut their savagery: these were the nicest man-eating barbarians a lonely wanderer could ever hope to encounter.”
― Monte Reel, Between Man and Beast: An Unlikely Explorer, the Evolution Debates, and the African Adventure That Took the Victorian World by Storm
tags: africa, exploration, history
3 likes
Like

“While no one was looking, this neglected genre transcended its crudely utilitarian origins to occupy a higher sphere: the books are instruction manuals for the senses, lovingly compiled tip sheets on the acquired art of paying attention.”
― Monte Reel
0 likes
Like

Is this you? Let us know. If not, help out and invite Monte to Goodreads.