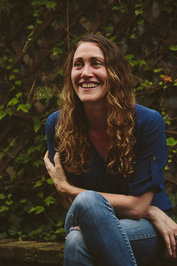 “The internet is like a garrulous friend—entertaining and inattentive, carrying on regardless of who’s around.”
― Jessica Weisberg, Asking for a Friend: Three Centuries of Advice on Life, Love, Money, and Other Burning Questions from a Nation Obsessed
1 likes
Like

“[Chesterfield] introduced an ethical question that Americans continue to grapple with: Is it okay to say one thing while believing another? Or to put it another way: What's more important, honesty or politeness?

Lionel Trilling, the literary critic, picked up on this question in 1972 when he published /Sincerity and Authenticity/, in which he defines two distinct terms that he believed Americans had conflated. He describes sincerity as the "congruence between avowal and actual feeling." A sincere work is literature is one in which the author seeks to convey exactly what she's thinking-- your comfort be damned. Authenticity, meanwhile, is a matter of personal integrity: you know what you're being authentic, even if other people don't. It's a virtue that puts little stock in what other people think and instead emphasizes determination and self-awareness.

Using this parlance, Chesterfield urged his son to be authentic but never sincere. He wanted his son to be purposeful when he chose to imitate someone. "I would much rather have the assent of your reason to my advice than the submission of your will to my authority. This, I will persuade myself, will happen," he wrote Phillip. He hoped that Phillip would learn to calibrate his behavior in service of his goals. But sincerity, for Chesterfield, was for chumps. He instructed his son to never share his true feelings or thoughts, to never appear vulnerable or emotional. There is no need for sincerity if you have no self to begin with. And Chesterfield had no self, only a resume.”
― Jessica Weisberg, Asking for a Friend: Three Centuries of Advice on Life, Love, Money, and Other Burning Questions from a Nation Obsessed
tags: advice, authenticity, ethics, honesty, politeness, political-history, sincerity
0 likes
Like

“Probity, virtue, honor, though they should have not received the polish of Europe, will secure to an honest American the good graces of his fair countrywomen.' In America, , in other words, sincerity mattered more than style. And Chesterfield had become synonymous with all the vapid formality that Americans had fought to free themselves from.”
― Jessica Weisberg, Asking for a Friend: Three Centuries of Advice on Life, Love, Money, and Other Burning Questions from a Nation Obsessed
tags: advice, history
0 likes
Like