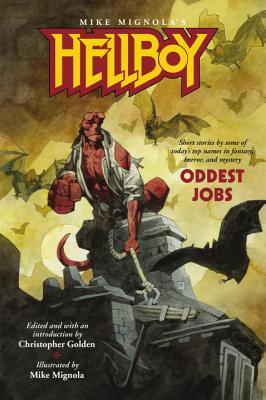 Longtime contributor to the Hellboy mythos Christopher Golden brings together a crew of luminaries including Joe R. Lansdale (Bubba HoTep) and China Miéville (King Rat), crossgenre sensation Barbara Hambly (The Windrose Chronicles), celebrated mystery writer Ken Bruen (The Dramatist), bestselling science fiction and fantasy novelist Tad Williams (Otherland), and a bevy of other skilled storytellers eager to spin a tale or two about the world's greatest paranormal detective, as some of the biggest names in horror, mystery, and fantasy come together to pay homage to Mike Mignola's Hellboy!

647 books2,098 followers
CHRISTOPHER GOLDEN is the New York Times bestselling, Bram Stoker Award-winning author of such novels as Road of Bones, Ararat, Snowblind, Of Saints and Shadows, and Red Hands. With Mike Mignola, he is the co-creator of the Outerverse comic book universe, including such series as Baltimore, Joe Golem: Occult Detective, and Lady Baltimore. As an editor, he has worked on the short story anthologies Seize the Night, Dark Cities, and The New Dead, among others, and he has also written and co-written comic books, video games, screenplays, and a network television pilot. Golden co-hosts the podcast Defenders Dialogue with horror author Brian Keene. In 2015 he founded the popular Merrimack Valley Halloween Book Festival. He was born and raised in Massachusetts, where he still lives with his family. His work has been nominated for the British Fantasy Award, the Eisner Award, and multiple Shirley Jackson Awards. For the Bram Stoker Awards, Golden has been nominated ten times in eight different categories. His original novels have been published in more than fifteen languages in countries around the world. Please visit him at www.christophergolden.com

Some of the authors include Joe Landsdale, China Meville, Gary A. Braunbeck, Brian Keene, and many others.

The stories are diverse, and you get to see more than just Hellboy beating up monsters. Although there are plenty of monsters too, so there's a little bit of something for everyone.

Pretty much a must read for any Hellboy fan. These stories really show the flexibility of the characters in the Hellboy universe.
A Voracious Reader (a.k.a. Carol)
1,940 reviews1 follower
October 12, 2016
*Book source ~ Library

Anthology of 14 stories with the common theme of Hellboy and an introduction by Christopher Golden.

Ok, so every one of these stories is weird, some way more than others. Way, waaaay more. I’ve never seen a Hellboy movie (though we have them) or read the comics. This anthology is the first time I’ve read any Hellboy stories. I gotta say, Hellboy is fairly entertaining. I need to watch the movies and dig up more stories to read.

Jiving with Shadows and Dragons and Long, Black Trains by Joe R. Lansdale ~ Gross and yet enthralling. Probably my favorite.

Danny Boy by Ken Bruen ~ This author has an aversion to periods. The punctuation kind. I have no idea about the other kind.

Strange Fishing in the Western Highlands by Garth Nix ~ Really enjoyed this one.

Salamander Blues by Brian Keene ~ This reminds me of a Monster of the Week episode of Buffy the Vampire Slayer.

The Thursday Men by Tad Williams ~ I like the sci-fi aspect. Another good one.

Produce by Amber Benson ~ This one just didn’t seem right. Too adult for the narrator. Meh.

In Cupboards and Bookshelves by Gary A. Braunbeck ~ I didn’t really understand this one.

Feet of Sciron by Rhys Hughes ~ Weirder than weird.

Monster Boy by Stephen Volk ~ Sorta reminds me of Ralphie in A Christmas Story.

A Room of One’s Own by China Miéville ~ Totally bizarre. And I didn’t really get it. 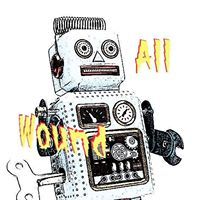 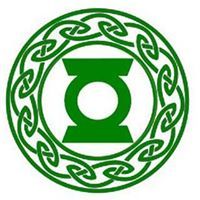 M
1,498 reviews14 followers
September 13, 2014
Editor Christopher Golden brings together a unique cast of writers to pen prose tales starring Dark Horse comics phenomenon Hellboy. The diverse assemblage offers stories that are terrifying, odd, hilarious, and even cute in nature. The opening salvo by Joe R. Lansdale is the most horrific tale of the bunch, focusing on a demonic ebony train filled with rotting meat, vile corpses, and smoke dragons that terrorize small Arizona towns. A love story of Grecian proportions gets the entire BPRD team involved, as John Skipp and Cody Goodfellow's "Second Honeymoon" manages to make the mythological Hellboy world even odder than advertised. A send-up of "The Yellow Wallpaper, " the tale from China Mieville pits ancient spirits of interior decorating against each other over the fate of Hellboy - and provides no end of hilarious mental imagery. Actress and Buffy-alum Amber Benson offers the shortest but cutest piece, as Hellboy's trip to the grocery store is seen through the eyes of a young girl. Druidic rituals, salamander invaders, Thursday men, ectoplasmic porn stars, and bullied kids all make appearances to varying degrees of success. The interior images for each story are provided by Hellboy creator Mike Mignola himself, offering some excellent eye candy to go with the written pages. Take a break from your odd job to see how the supernatural work day fares in this entertaining collection.
Blake Billings
183 reviews4 followers
July 8, 2020
I don't like opening this way, but I found myself disappointed with this book. I should clarify that I think it is me and not the talent of the authors or the content of the short stories contained therein. Although, I am finding the skill of the Voice Actor reading the book can change, or at least sway, my feelings toward an audio title.

I really, really enjoyed Hellboy: The Bones of Giants. Which was highlighted by the voice talents of Wayne Mitchell. I loved the gruff he was able to add to Hellboy's voice. And I didn't even realize it until I heard Seth Podowitz' version. Not to say that Seth's Hellboy was bad because it wasn't. Wayne's just had that special touch that made the character come alive for me.

So, maybe this is a poor comparison or maybe I'm just not a big fan of anthologies, but I found I just wasn't gripped by these stories. And I wouldn't even begin to place all of that at the feet of the voice actor. So, in the end, I'm not entirely certain what it is that didn't really grip me like the last Hellboy story I read (heard), but it just didn't. There were still some really interesting Hellboy stories in there which is why I'm giving it 3 stars, but I thought some explanation was required as to the two star drop from the previous Hellboy title.

Joe Lambert
30 reviews1 follower
April 9, 2021
I am having trouble discerning whether I am rating this on its own merit or against the other Hellboy anthologies, and I am sure it's probably the latter.

Overall, this is great. The first couple stories had me worried none of the authors were comfortable really exploring the weird parts of the world Hellboy exists in, but that itch was certainly scratched by the end. The only reason this is 4 where I have rated some of the other anthologies higher, is because I read the anthologies out of order, and this is my last one. While it was great, I do feel like it wasn't quite the same level as the others.

So I guess I really am judging against the others. Oh well.
Craig
4,801 reviews103 followers
August 19, 2008
This third collection of Hellboy stories from various authors is another mixed bag from editor Christopher Golden. There's an excellent story by Joe Lansdale, a surprisingly elegant short from Amber Benson, a good one from China Mieville, and an interesting Barbara Hambly story. Gary Braunbeck contributes an interesting one in which Hellboy visits Cedar Hill, the fictional town in which the majority of his works are set.

Natalie
Author 9 books6 followers
February 12, 2010
This was a fun collection of Hellboy mythos short stories that for the most part kept the old school horror feel of the comics. Usually when I read short story collections, there are usually several that I don't care for. I was pleasantly surprised that I thoroughly enjoyed all of the stories presented.
Evan
24 reviews5 followers
November 13, 2009
This is a great collection of stories for Hellboy fans, though I imagine even the casual reader will be quite taken with many of the stories. The reason the mythology of Hellboy has grown like a weed over the past decade is that he is both an accessible and likable character, and many of these stories are wonderful additions to the mythos.
Damon
396 reviews4 followers
February 22, 2009
More of the same stuff here, but I'd guess that's what most people interested in the 3rd volume of short stories about Hellboy are already expecting. Nothing earth-shattering, but some things entertaining. I was especially looking forward to the China Mieville story, but it didn't knock me out.
Aaron Stephens
47 reviews
January 21, 2011
Nice collection of short stories, most were typical Hellboy stories. Amber Benson, Tara from Buffy, wrote a very unique and enjoyble view on the Hellboy universe.
Slap Happy
108 reviews
October 8, 2011
China Mieville contributes a short story to this collection inspired from the Hellboy comics. It's a good one too. I didn't read the other tales.
A Voracious Reader (a.k.a. Carol)
1,940 reviews1 follower
October 16, 2015
4.5

Free from Noisetrade, but only included 1st story ~ 49 pages

Jiving with Shadows and Dragons and Long, Black Trains Written by Joe R. Lansdale
(5.0 / 5.0) So good, so funny, so clever.

Straight, No Chaser Written by Mark Chadbourn - (2.5 / 5.0 ) Entertaining, with cool ideas, but a bit jumbled.

Second Honeymoon - Written by John Skipp & Cody Goodfellow (2.0 / 5.0) Too many characters packed into too short a story. Some fun ideas.

Strange Fishing in the Western Highlands Written by Garth Nix (4.5 / 5.0)

Repossession Written by Barbara Hambly (2.5 / 5.0) - Just too long, and felt it. But I normally like this author's work.

A lot of Hellboy's charm is the bleak and beautiful art; that's obviously missing here. Also missing, the brutal and fantastic world of incarnate myth and folklore (and Nazis) Mignola's characters inhabit. What we have are fantasy stories of an acceptable quality that could really have been about any fictional hero. I do think the narrator is excellent.

Dawn
38 reviews
July 23, 2008
This book fell far short of the standard set by the previous volume in the series. Some of the stories in this book strayed so far from the tone of the original characters that I found it difficult to get through. It was especially disappointing because I had been looked forward to this new book for so long.

Jon
206 reviews11 followers
March 25, 2009
A couple of really great Lovecraftian short stories, mixed in with a couple of entertaining sci-fi romps, and topped off by a handful of snoozers, this made a great afternoon read.

Marissa_san121
36 reviews14 followers
March 11, 2011
Weirdest. Stuff. EVER...
James
20 reviews1 follower
June 25, 2020
Not generally a fan of Short Story Collection, but this was good with quite a few exceptional pieces. I would recommend this if you are a fan of Hellboy and his Mythos.

Dmitry Veselov
11 reviews6 followers
February 1, 2015
Not bad but, as well, not good enough. With the exception of China Mieville's story, kinda-forgettable-fest. 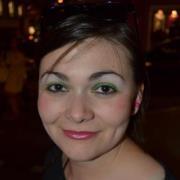 Thoroughly Roguish!
Brian
33 reviews1 follower
February 6, 2019
Usually confined to graphic storytelling, it was interesting to read Hellboy stories in prose. While there is a Mike Mignola graphic at the beginning of each story (in a manner similar to Baltimore and other collaborations between Christopher Golden and Mike Mignola), the stories rely on the skills of a wide variety of writers. I liked the variety here. While not all of the stories hit one out of the park for me, I think at least some stories of this collection will appeal to any reader or Hellboy fan.
Displaying 1 - 26 of 26 reviews