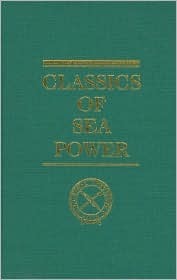 4.06
108 ratings15 reviews
Rate this book
In Military StrategyRear Admiral J.C. Wylie invented the intellectual framework and terminology with which to understand strategy as a means of control. He synthesized the four existing specific theories of strategy into one general theory that is as valid today as when it was first created. Wylie has written a penetrating new postscript especially for this Classics of Sea Power edition that takes an up-to-the-minute look at such topics as terrorism, Nicaraguan politics, and the Strategic Defense Initiative. To supplement the text, John Hattendorg's introduction presents a detailed intellectual biography of Wylie. In addition, several of Wylie's most significant shorter writings are included as appendixes. J.C. Wylie retired from the U.S. Navy as a rear admiral in 1972, after a forty-four-year naval career that included service as chief of staff as the Naval War College. John B. Hattendorf is Ernest J. King Professor of Maritime History at the Naval War College in Newport, Rhode Island, and co-editor of Sea Power series.

Wylie posits that four broad strategic theories exist: continental (ground), naval/maritime, air and Mao (revolutionary). He says each is lacking due to the fact that they only apply in their narrow field. He sought to identify a more general theory of strategy that would apply across the gamut of warfare.

His ultimate conclusion was that military strategy could be reduced to the pursuit of control. He points out that in warfare, such control relates to more than just the military realm and, in fact, is usually required outside of that narrow area if success is to be achieved.

One additional interesting contribution is the concept of sequential and cumulative strategies. Sequential refers to the traditional concept of strategy as a set of sequential, interdependent actions...each one building on the results of the last. Cumulative strategies, on the other hand, wield their power from the combined effect of all actions put together. One action is not dependent on the outcome of any other. An example would be submarine warfare in the Atlantic theater during WWII or a naval blockade. Wylie suggests that, at least at the time of the writing of the book, there were no examples of cumulative strategies winning any war independent of a sequential strategy. However, he also suggested that there is ample evidence that the combination of both can have synergistic effects.
Daniel
181 reviews5 followers
December 22, 2013
Admiral Wylie writes about his theory of control...I think it is a little dated as his is clearly influenced by the events ongoing at the time of publication (1967), specifically Vietnam, and the ongoing cold-war. He does do a good job of breaking out control to maritime, air, land and the people (Mao type control)
It is a short read, about 110 pages. I recommend it for anyone interested in military strategy.
David
294 reviews
December 13, 2020
It breaks my heart that so many people we're not in the correct positions of power to be able to make a dent in our national policy during the Vietnam war. While his theory is not solely applicable to that conflict it certainly had relevance then. He Illustrated step-by-step and point-by-point the mindset of the military and how the theories that they were Waging War were not the same as those they faced in the jungles in Vietnam to no avail. How time and again in history if you find that your approach is not working it is not best to continue that in the face of a growing amount of evidence. He talks about how statistical analysis is very useful for air and missile calculations but that you cannot create a national policy or prosecute of War solely based on that or so heavily influenced by that. That there are certain things that you cannot analyze based on statistics. You cannot count up the amount of Hamlet's that you have bills to protect Ade influencer campaigns of the Communist and say that you're making progress. The hearts and minds are not one off of Statistics like these he broke it down. He broke it down into the most simple way possible and nobody listens for six years after this book was published and they didn't listen after despite he and so many people like him illustrating exactly how you should fight a war and that it cannot just be about the military and it cannot be based on one theory that is ossified into Dogma. I wish the people would read this book and take it to heart or whatever future conflict comes around. Obviously it's not meant to be something hard it's not meant to be something inflexible as he himself says. Take it as a basis for something to create an adapter own strategy to the new conflicts that emerge in the world.
Ian Fleischmann
54 reviews7 followers
October 31, 2014
Interesting quick read. He talks about initiative indirectly in pages 88-94 including using Grant as an example. Wylie is specifically talking about control through the imposition of a "pattern of war" in which one has the advantage. If the conservator (attackee) is able to neutralize the initial control of the attacker, they enter a state of fluid equilibrium in which all other advantages of either side are cumulatively negligible until one side or the other resumes or alters the "pattern of war"

I think equating initiative to control is a useful concept that gets to the heart of manipulation of tempo, deception, maneuver, etc. At the tactical level control over the 'terms of battle' and the engagement specifically dictate the advantage of the initiative. At the strategic level, Wylie posits that control of strategic centers of gravity, or strategic weights, is a basic advantage "fundamental to the conduct of warfare." In short, strategic initiative flows from control over strategic key terrain, which is physical or psychological positions which grant you an advantage over your adversary (or potential adversary). The necessity to either assume control or develop plans to rapidly assume control over this key terrain at the strategic level becomes a fundamental component of strategy - that is, strategy in the Liddell Hart sense of the term (distributing and applying military means to fulfill the ends of policy).

As Wylie intended, this concept is general enough to be applied within the disciplines of any element of national power and thus could theoretically serve as the basis for a national grand strategy (if such a thing truly exists).

Andrew Carr
471 reviews86 followers
April 4, 2021
A re-read, but a valuable book to read regularly as a deserved classic of strategy.

I find Wylie a compelling thinker, though the sum is slightly less than the value of the parts. By that I mean he introduces a number of really useful ideas, but it never quite coheres or develops out its full strengths.

His two most notable contributions are identifying the distinction between sequential and cumulative strategies, and his theory of strategy as the pursuit of control, via control and manipulation of the centers of gravity of the contest. This has a charming clarity, though much rests on identifying and exploiting COGs, which may or may not exist or be viable targets.

Despite his protestations, I see Wylie as primarily a War Strategist. His review of the 'existing theories' for instance is a domain specific approach - what works on land, how do air theorists think etc. While you could extend his logic to other domains, he is far more comfortable when talking about purely military - and war fighting - approaches.

Wylie's work deserves a place on every strategists' shelf. I'm looking forward to re-reading again in a year or two. 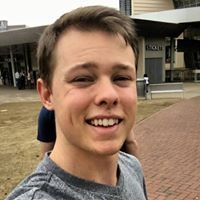 Robert James
11 reviews1 follower
May 31, 2019
There are many points in this book, but the main one is: there is a lack of intellectual tenacity/dedication when it comes to strategy. Throughout the work, the author asserts several ways to combat this issue and even presents some of his own solutions.

Wylie provides perspectives that may be useful to the professional military person, such as that of the solider and the continental theory. As a sailor, it was helpful to hear these views (albeit from someone in the Navy). I only wish the author would have put more effort into expounding on the Mao theory; it is a very interesting subject, but one only gets a glimpse of the theory in this book. That is not the overall point of this book, however, so I digress.

I would recommend this book to anyone looking for a short primer on strategy and how it relates to the military mindset. It is not an in-depth analysis, but more so an introduction to some problems with thinking of a "general theory" when it comes to war.
Graham
211 reviews23 followers
February 27, 2020
Really straightforward and simple idea for strategic thinking: the application of control (which, in Wylie's terminology, can mean both literal "control" but also influence, "dominance," etc.). A great synthesis of ends and means; solid read for anyone interested in formulating strategy of their own. 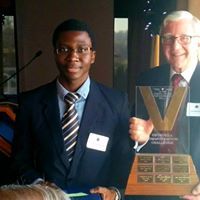 Peter Bennett
21 reviews
January 29, 2021
The distinction between sequential and cumulative strategies is likely the biggest takeaway from this book.

Something I've been toying with over the last few years is the idea of taking a strategic mindset and applying that to life in general. This book was very useful in providing an intellectual framework for that exercise.

Stephen
39 reviews
June 2, 2022
I picked up this book in my office as it was lying around. I found it easily accessible and not too technical. The author explains the different military strategies in a clear and concise way. I found that many of his points could be applied to general strategy
Christopher
86 reviews20 followers
June 11, 2013
Wildly overrated, in my opinion. Most often cited "insight" is the duality between cumulative and sequential strategies, which isn't really a terribly novel way to look at the issue (ask Delbruck). Pithy in places and fair-minded, Wiley ultimately fails to accomplish the impossible task he sets himself: to come up with a "general theory of warfare" or strategy, a sort of positive doctrine for success in war. A fair survey, though.
Kevin
29 reviews
September 15, 2022
Short but very perceptive look at overall strategy in regards to war. If only for his portrayal of the limited strategies of the different services this book would be worth a read. Also very perceptive about what was to come in terms of threats.
Jon Klug
42 reviews17 followers
May 30, 2014
Awesome short book that, while perhaps a bit dated in some areas, serves as a great strategic primer.