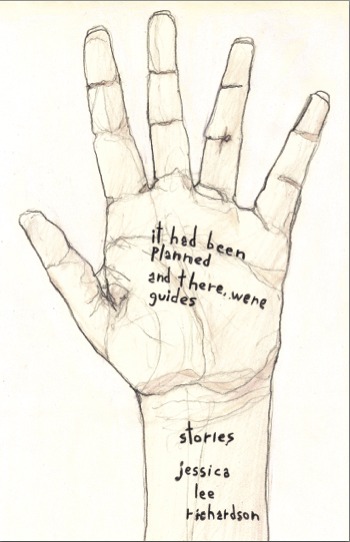 It Had Been Planned and There Were Guides: Stories

Jessica Lee Richardson’s debut collection It Had Been Planned and There Were Guides teems with double magic—families of spiders, monsters in triplicate, and panels of bleacher-sitting grandfathers (who live in a diaphragm!) cohabitate with a starker, more familiar kind of strange in a hyper real and living tapestry of teenage porn stars, lovelorn factory workers, and art world auctioneers. From a woman who awakes from a short kidnapping with an unquenchable need for risk to a concrete boat ride gone off the rails, from Los Angeles to the Bronx, from the Midwest to North Korea, these stories explore the absurd in real spaces and the real in absurd spaces, seeking a way into something else entirely.

Here environments participate in agency, and voice compels movement forward, through, and in. Richly patterned language refuses singularity and the finger trap of the binary, seeking permeability in its reflection, a soft net to catch collective echoes. The collection begins and ends with stories that literalize descent and ascent, bookending the mirrored shape of the book’s arrangement as a vision of an inverted arc. The shape of story is literalized. We slide down from a mountaintop all the way to the inside of a womb and back, slipping on slopes unmarked by signs, catching stunning glimpses along the way. The journey along the track of desire might be frightening if it weren’t for all the water, if it weren’t for the bounce of the ride.

The plan is go, the guides are your monsters.

This is how I imagine you and I met: I was on the bus carrying a sack of flour like a baby. You came up to me and wordlessly stuck your knife up through the bottom. As the flour spilled quietly into the black rubber rivets, we looked one another straight in the eyes and knew our lives were changed forever. Well, mine, anyway.

You mentioned a vacation and I asked you about it. “Oh, it was scary. My ride on the concrete boat. There is such a thing as a concrete boat, you know. Don’t want you to go down the wrong stream.” I think I’ve heard of concrete boats, but wrong stream? I’m not sure such a thing exists, anymore, since we met. How did you put it? “His penis went soft because I took his rape.” How can there be a wrong stream again after that?

I told you about the song I’m writing that goes like this: Stockholm Syndrome? There’s a sign you’re already in hell/ To think it’s crazy just to love someone you’ve grown to know so fucking well and you answered a story so beautiful that I wished you were whispering it in my ear in pitch blackness so my expression could be private. (I like to cry sometimes.)

How old are you? You exude experience but tenderly, like a child. I’m not even talking your kids Chase and Check, though “he smelled like socks, but he had a point”...(Nods). Or Ko, whose mind you excavate: “Not warm, not sweet, not milk. ‘Not,’ she cries in non-speech. The shapes circling her are the wrong shapes again. The not.” I can almost remember my own babyhood when you cup my toes the way you do.

I’m not even talking about the auctioneer, “Baby,” who seems in some ways the adultest (“She never planned the confessions that became her filler words. She found out what was bothering her and what was beautiful to her by what came out.”) Or the actual baby left on the doorstep, who “cries as if she could write a new world if she is just loud enough.” (Wow, that’s a lot of babies.)

I guess what I’m trying to say lies somewhere between Doctor Who moments like this: “What good is a body paint that is too hot to touch the skin? I won’t bore you with the details. I will just say that there are other ways to keep particles in motion and give you a little wink” (I’ll give YOU a little wink) and this kind of phrasing: “Colin’s job at the factory: Stick enormous metal comb into a deep rectangular tray of paste. Well Colin called it paste.”

Can I say you translucent things? There are babies inside of adults and inside of babies, the things that make adults what they are. The absurd wonder inside the mundane and how to do perfectly the things that I pray inside of the night will never happen.

It’s misleading, for those un-attuned to foreshadowing, that you should reference guides and plans in your name. In your presence I can expect most of what I understand to fly out the window, and then I can expect the window to turn out to be something else. And that something else will be looking at me in a reassuring way though it is shaped like Terror. What guide or plan would send reassuring Terror after me?

Do not assume from this that I will avoid your void. “His mouth frowned but he curled his body into a smile.” Your whimsical dark makes me braver, like “Cruddy” by Lynda Barry. The illuminated shapes of your twisted beasts on the walls teach me the nature of illumination.

You are so fucking zen. The monster is me and the direction is forward, and nothing will be okay, exactly, but there is a crystal pool waiting in the between where “It’s all here for you, blinding love--the way to win.”

Favorites: All She Had, Free Baby, Not the Problem, The Best Deal, Even the Line.

I really enjoyed this collection, though I wish it had been pared down a bit. The structure (the first half of the collection is dubbed "descent" and the second "ascent") helped to excuse each story's place to a degree, but as a whole the chosen pieces were sometimes too inconsistent in tone or execution. For example, "No go" is far more experimental than "Even the Line" which seemed both more realistic and more traditionally written. Both pieces were captivating in themselves but for the length of the book stories this contrasting felt almost too... intentional?

The contrast of lyric heavy pieces ("Shush") to more realistic ones ("Free Baby") made me wonder which 'voice' Richardson would prefer in any upcoming works. If the collection had a more concrete connection in either theme or voice, it would easily be a favorite selection of mine so far this year. (I preferred her humorously dark magical realism stories).

I'm eager to see what Richardson can do in the span of a single novel with a consistent voice & tone.
Erica
368 reviews
January 14, 2016
An amazing collection. Couldn't put it down. 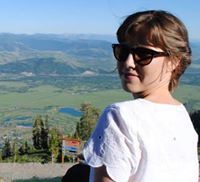 Elizabeth
177 reviews
January 14, 2016
Lovely set of short stories by an even lovelier person. I highly recommend this for anyone who is a fan of George Saunders. Buy it and put in on your shelves or, better yet, in your libraries. 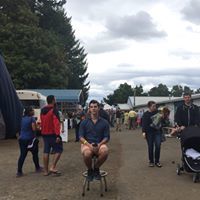